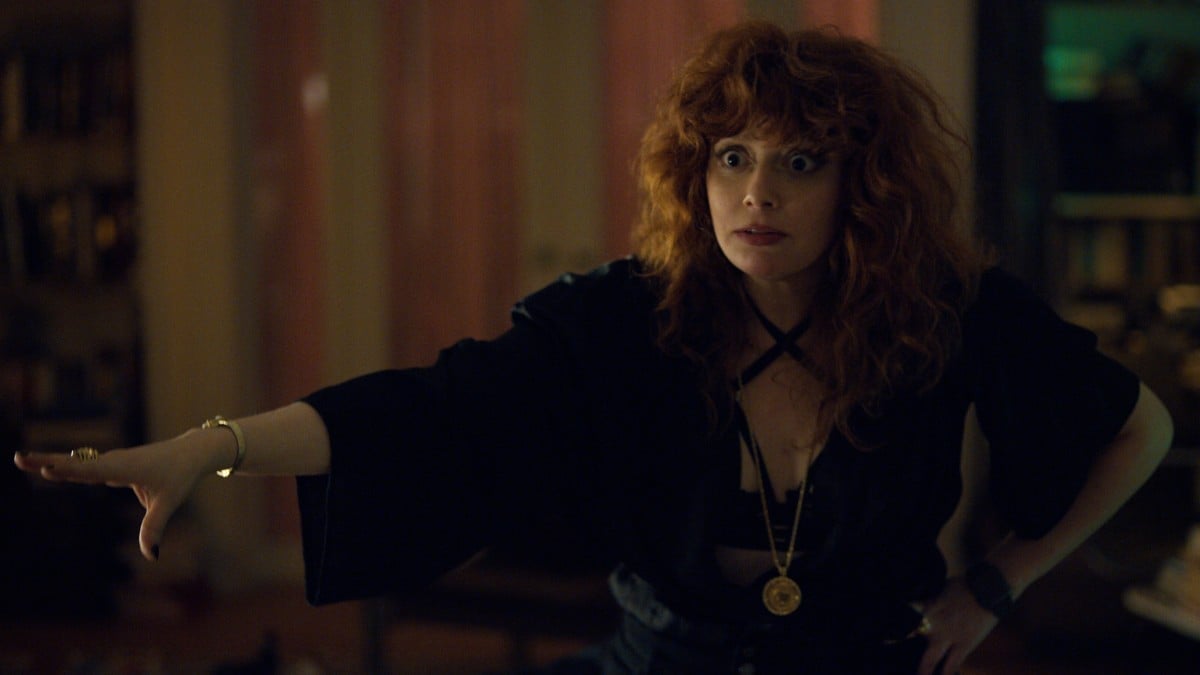 Time loop fiction can be an interesting path to exploring a character, something Russian Doll — the new Netflix series created by Natasha Lyonne, Amy Poehler, and Leslye Headland — demonstrates well, achieving a mix of Groundhog Day and Happy Death Day in its premise, where the time constraint isn’t limited to a day, but always ends in death.

Natasha Lyonne plays Nadia, a cynical, abrasive, self-destructive woman who’s attending her 36th birthday party. The opening scene will become quite familiar throughout the series, as she stares into a large mirror in an over-the-top artsy bathroom. Nadia is what her friend Maxine describes as a ‘cockroach’ — someone able to do any and all drugs, yet nothing can manage to kill her. The story follows her through a night of turning down her ex in a particularly brutal fashion, to sleeping with some sleazy college teacher. She lets her mind be known to those she interacts with and finds very little time for niceties.

Whilst walking out that night, Nadia spots her missing cat and gives chase, but is suddenly struck by a car, ending her life right there on the street. From there, she finds herself back in that same party, standing in that same bathroom, staring into the same mirror in the same way; it’s like the previous events never happened.

Audiences who have seen this type of premise before will get the idea, but it takes a few loops for Nadia to realize what’s happening — that she’s dying and returning to the same night — but finally, it clicks, and she begins to work on different theories, all whilst trying to keep herself mentally together. Lyonne is an absolutely shining point in the role. Even as Nadia’s mental state is deteriorating, she still exhibits an incredibly crass honesty to those around her. For instance, she has no problem directly mentioning what’s happening to her, and even casually asks someone to meet her “yesterday” at her party. The character has shades of other Lyonne creations, offering a blend of brash and witty, and her performance is one of the main reasons to watch Russian Doll.

The story itself is riveting, keeping the viewer locked in and wanting more at the end of each and every episode, but the acting is also a big draw, phenomenal across the board.The other focal point of the show is a man named Alan — an obsessive, routine-devoted, and spineless individual who himself is repeating the worst day of his life — and while he and Nadia go through behavioral changes as they learn and grow from each other, friends like Maxine (Greta Lee) and Lizzy (Rebecca Henderson) have their own quirky personalities that shine through, while Mike (Jeremy Bobb) embodies the massive asshole role.

Particular scenes really show the nuance and strengths of these characters, such as when Nadia goes through Alan’s day with him, and happens to be there when his girlfriend breaks off their relationship. The scene is an awkward yet wholly hilarious encounter that leaves Alan beaming after someone finally stands up to his girlfriend. There are also plenty of depressing scenes to go with the comedy, all handled phenomenally well. One example involves Nadia is watching over Alan in a diner to make sure he doesn’t do the unthinkable. She watches him knock a fork onto the floor, and after thinking for a moment, he drops a spoon off as well, fixated by it; the collation he makes between the spoon and his own body is incredibly impactful. These scenes stand out in particular, due to their fantastic pacing and placement, as well as the masterful acting.

Not to be outdone, the cinematography of Russian Doll impresses at times, most notably in the final episode where it begins with both sides of the loop. Facing what appears to be the same wall — on opposite sides — but in completely different locations, we see Nadia and Alan beginning their loop once more. Putting them together really puts into perspective that this is the end, that their determination has led up to this point, and now they must play their roles separately to save each other. As the world begins to deteriorate and rot, and the people they’ve been moving past on each of these loops begin to simply disappear, the camera angles mirror what they have always been, but take on a new power in a more empty environment. The first-person camera slowly roams, casting an eeriness on the whole situation. Unique shots and setups really place a powerful surrealist feeling in the background of a gripping drama.

Filled with dark comedy, quirkiness, sadness, and an expertly handled narrative, Russian Doll is a fantastic series. It expands upon the time-loop premise and weaves in its own unique elements to create a fresh and dynamic series. There’s almost a video game aspect to their ‘respawning’ (a link can be made through Alan playing a game in his apartment in a few shots), but the device still capably handles the many issues and topics within its gripping central story, such as loneliness, forgiveness, desperation, and the importance of others. It builds up layers, which it then peels back as the series comes to a head. Ultimately, Russian Doll is about moving forward — from mismatched relationships and past mistakes — while fighting against the things that hold us back.

Game of Thrones Season One, Episode 10: “Fire and Blood” Review