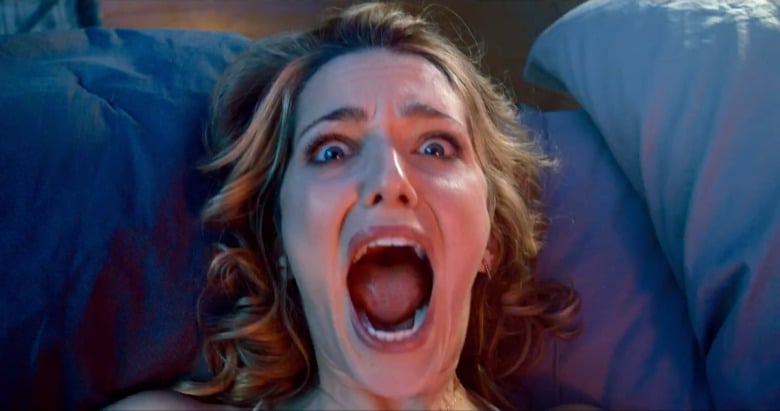 Happy Death Day is unusual for a high-concept slasher film in that it’s essential for viewers to know the film’s gimmick from the start; those who go into it blind may be so turned off by what appears to be a Grade-Z horror film that they leave in the first fifteen minutes. There’s a blonde and seemingly empty-headed millennial on a cozy college campus who manages to infuriate just about everyone who has the misfortune to run across her path, along with all the signifiers of college-based horror — catty sorority girls, douchebag ex-boyfriends, and boring nice guys so thinly written they barely seem to exist. But then Happy Death Day rips off its mask and reveals itself to be a horror update on Groundhog Day (1993). That’s when things start to get interesting.

Jessica Rothe plays the self-centered lead, Tree Gelbman (the film’s greatest failure might be never making fun of that terrible name). She starts her day by awakening in the dorm room of Carter (Israel Broussard) after an unconsummated one-night stand. Carter seems nice enough, but he’s not the kind of person she normally dates. It happens to be Tree’s birthday, and she dodges multiple calls from her father, who wants to get together. Their relationship has been damaged by a trauma that is only later revealed. 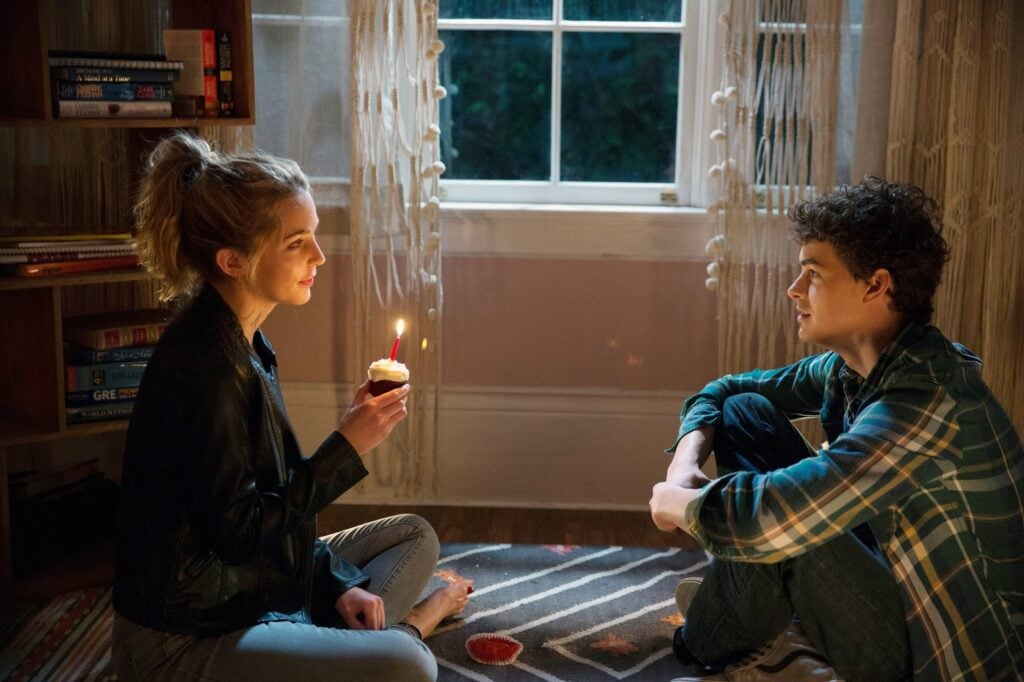 Tree jets across campus and has run-ins with an overly-attached ex-boyfriend, the pathologically narcissistic leader of her sorority (a very funny Rachel Matthews), and her long-suffering roommate (Ruby Modine). Gelbman has found a way to annoy every one of them, and so when later that night she’s chased by a knife-wielding person in a hoodie and a silly baby mask, it’s hard to decide who most wants her dead.

After her ill-fated meetup with the killer baby, Tree awakens the next morning — except it’s really the same day. She’s back in the same dorm room with a terrible case of déjà vu. Anyone familiar with Groundhog Day can guess the kind of permutations to Tree’s day that will follow, but unfortunately, Happy Death Day takes a toll on the audience with that first day. The reveal establishes the movie firmly in the tradition of the horror-comedy (emphasis on comedy), but prior to that, the film can’t seem to settle on an appropriate tone. Director Christopher Landon alternates between comedy and suspense so rapidly that it could give a viewer whiplash, but he never commits to either. The funny scenes on campus aren’t that funny, and the scary scenes at night aren’t convincingly terrifying. These tonal problems are resolved when the Groundhog Day connection becomes apparent and the film moves toward comedy, but prior to that, it’s too indecisive.

Some limitations are also revealed in the first segment. Movies can look great even with tiny budgets, but Happy Death Day looks like a TV show made for a network hidden in the outer depths of the cable dial. It’s lit far too brightly, which flattens and dulls the image, and also means that nighttime scenes are robbed of the chilling shadows that make a maniac with a knife even more frightening. Nicely shot films absorb us by finding the look of reality, but Happy Death Day initially looks too fake for the audience to be invested. 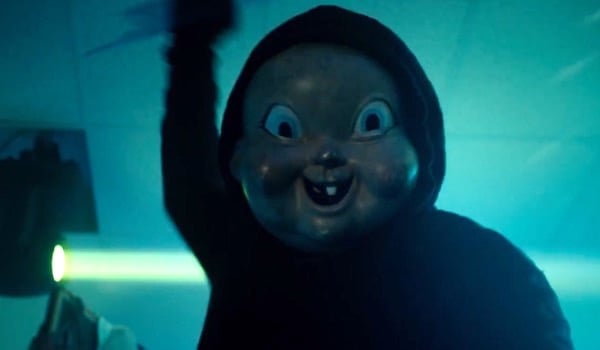 Though the look harms attempts at horror, it works just fine for lighter moments of comedy. Landon and screenwriter Scott Lobdell are clearly devotees of Groundhog Day, and when they start to mimic its moves Happy Death Day turns into a lot of fun. There aren’t any great insights or startling updates on that classic, but its basic skeleton is enough to elevate what would otherwise be a forgettable horror film into something more interesting.

Strong performances also help right the ship; Rothe isn’t very compelling as a victim, but she shines when Tree starts to investigate the ins and outs of her new repetitive life. Matthews gets some good lines as her brain-dead yet vicious sorority friend, and Modine nails the part of the fed-up roommate. The only weak link is Broussard’s Carter. He has an overdeveloped sense of earnestness that doesn’t fly outside of trashy teen movies. The character is also the victim of some shoddy writing — Tree shows the first pangs of love for him when he reveals they didn’t sleep together the previous night, as if the simple decency of not raping an intoxicated woman is romantic. It’s an unintentional but revealing comment about the nature of consent and campus sexuality.

Still, Happy Death Day is more fun than it has any right to be. Its scares may not be enough for horror fans, but its charm and sense of humor more than make up for it.

Beyond Blade Runner: Transcending The Legacy Of A Cult Classic