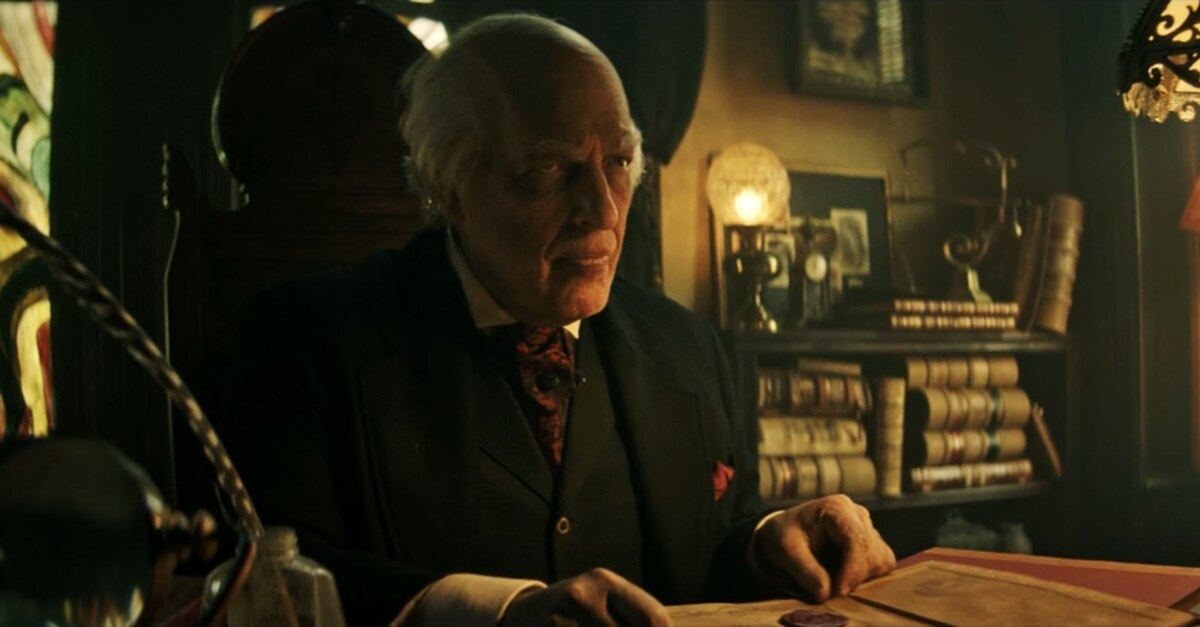 As a diehard fan of portmanteau horror, I was thrilled to see that The Mortuary Collection (2019) was making its Quebec debut at this year’s Fantasia Film Festival. Written and directed by Ryan Spindell, this film was advertised as his magnum opus of horror anthologies. Having begun the project in 2013 as a short film called The Babysitter Murders, The Mortuary Collection has since grown to include four distinct vignettes (including The Babysitter Murders, which the film culminates in) as well as a narrative throughline. The film stars Clancy Brown, Caitlin Custer, Jacob Elordi, Barak Hardley, Christine Kilmer, and Mike Nelson. With a beautifully retro aesthetic (each story takes place in a different decade, spanning from the ’50s to the ’80s), some truly solid editing, and all the dead things you could hope for, it should have been every horror buff’s favourite film this year.

So you can imagine the crushing disappointment when The Mortuary Collection left me wanting so much more.

Even before the story had a chance to unravel, it was clear the film was in trouble. The movie opens on a black background as someone dramatically tells us, “The world is not made of atoms, it is made of stories.” Then a large book falls atop a desk, vintage-looking decorations arranged around it (which, if you’re a fan of spooky cinema, you already know are the belongings of the soon-to-be deceased characters in the movie). Then, as if on cue, there’s a flash of lightning, the book opens to a handwritten page, and an illustrated raven quickly becomes a real one flying across a rainy, grey, sky. Then the opening credits begin to flash across the screen in a font that reminded me of 2006’s Eragon, with music that could have been pulled from an episode of Goosebumps. The rest of the movie felt equally juvenile, despite its attempts at being subversive with the genre. The collection was so frustrating that despite its nearly two-hour runtime, it took me over three hours to find the willpower to get through the movie.

The first story followed a pickpocket who unlocks a cabinet with mal intent, only to find a monster hiding within it. It’s quick, her comeuppance is expected, and it does little to surprise audiences.

The next short involves a college fratboy who stealths his one-night stand and ends up pregnant with her monster-baby. Although this should be a fun take on unprotected sex, the dialogue is clunky and disingenuous (the vignette opens with him talking about taking down the patriarchy in an obvious attempt to pander to modern feminist viewers), and we know who the killer is going to be within the first fifteen seconds.

The Mortuary Collection then takes us through the story of a man who’s tired of caring for his comatose wife. This, truthfully, was my favourite of the four shorts and was full of sinister potential. You can’t help but feel for this young man who, despite loving his wife, is exhausted and overwhelmed by having to care for her. And while you know before the halfway mark that he’s going to kill her, the ending is still wonderfully unexpected. Unfortunately, the manner of her death is funnier than it is shocking, as is a followup scene with an electric carving knife.

Finally, the film ends on The Babysitter Murders which was overall a pretty fun watch. But given the pattern that the film has established by trying to flip tropes on their head, it’s clear where the story is headed. The revelation about the story’s protagonist falls flat, as does her integration into the narrative’s throughline, and the ending becomes a hot mess of visual effects and heavy-handed dialogue about the importance of stories.

Although Spindell’s dedication to having this movie made should be commended, The Mortuary Collection should be a hard pass on everyone’s festival watchlist.

Fantasia 2020: The Reckoning and the Pitfalls of Exploitation