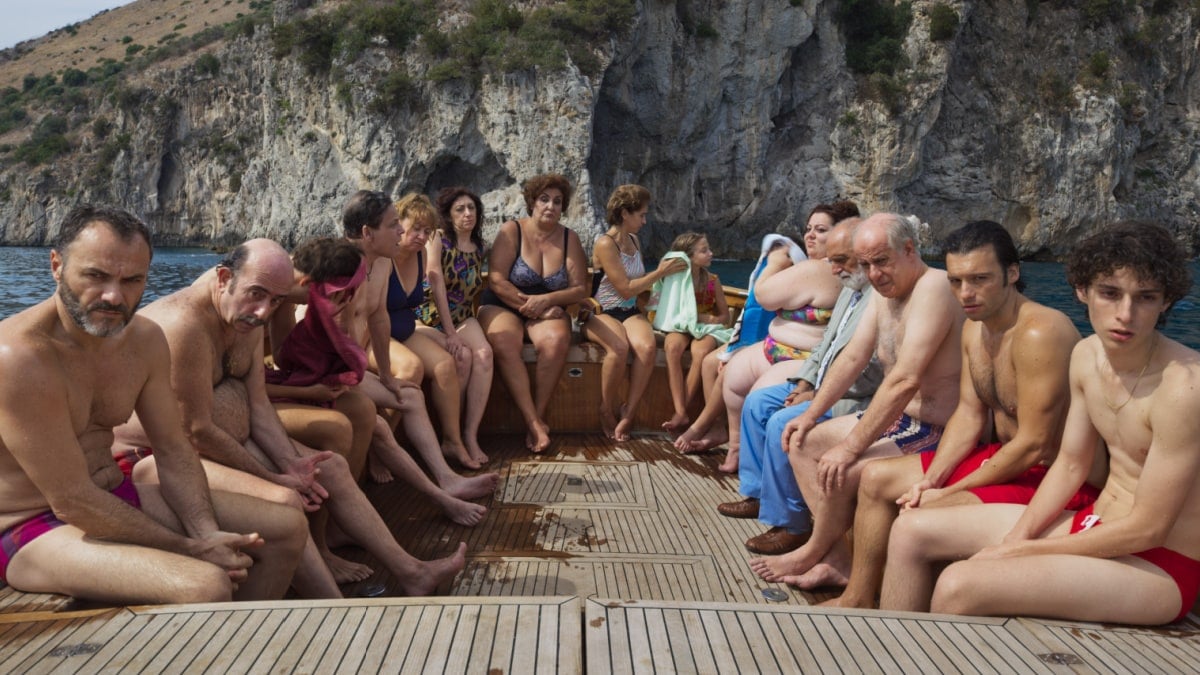 Fabietto (Filipo Scotti) is a young man coming of age in 1980s Naples, Italy, happily living with his parents Saverio (Toni Servillo) and Maria (Teresa Saponangelo). Described as a film about family, love, and loss, to go into more detail about The Hand of God would be bordering on spoiler territory; it’s best to enter into this film knowing as little as possible.

Director Paolo Sorrentino, who won an Academy Award for his unpredictable 2014 feature The Great Beauty, delves into his most personal work with admirable inhibition and an obvious love for the city in which he grew up; opening with a sun-kissed tracking spot that starts on the water, moves to the docks and finally settling on the city itself, each accompanied by its own corresponding and isolated sound, it’s clear that Sorrentino wishes to treat his hometown with reverence, and it’s a visually stunning introduction to the film.

After a typically odd and surreal introduction (which may need to come with a trigger warning), the film settles into near regular fare, albeit as far as Sorrentino can make something straightforward. Fabietto’s extended family is introduced, his immediate family dynamics are explored, and life gets in the way of his comfortable existence. It’s in the meat of the film that it takes vignette form, small moments of a life in which Something Happens, before swiftly moving on to the next. It’s enjoyable fare, but you long for a deep dive into the complexities of this family’s life.

The through-line bizarrely is footballer Diego Maradona. The title of the film coming from a goal the famous sportsman made with his hand – that counted in the overall match – his presence is felt like a weight throughout, mostly in how Fabietto’s relationship with his parents evolves. An almost ethereal being, it’s a nice reminder of a shared love between the entire extended family, something for them all to get behind even in the more difficult times.

Often a funny watch (Sorrentino is never without its quirks), it is a quietly heart-breaking affair, particularly in the instance of Fabietto’s aunt, Patrizia, excellently played by Luisa Ranieri. The object of Fabietto’s affections, she is the most tragic character the film has to offer, but one of the best developed, whose ultimate fate is left untold, but whose effect on the film is profound.

It’s not Sorrentino’s best work, but the personal is stamped all over (especially in its final scenes, (Fabietto’s ambition ultimately driving him forward), and it’s a decision to be commended. Deceptively tragic, hidden under layers of light comedy, it’s a moving look at one family’s trials during a tumultuous time, albeit slightly sporadic.