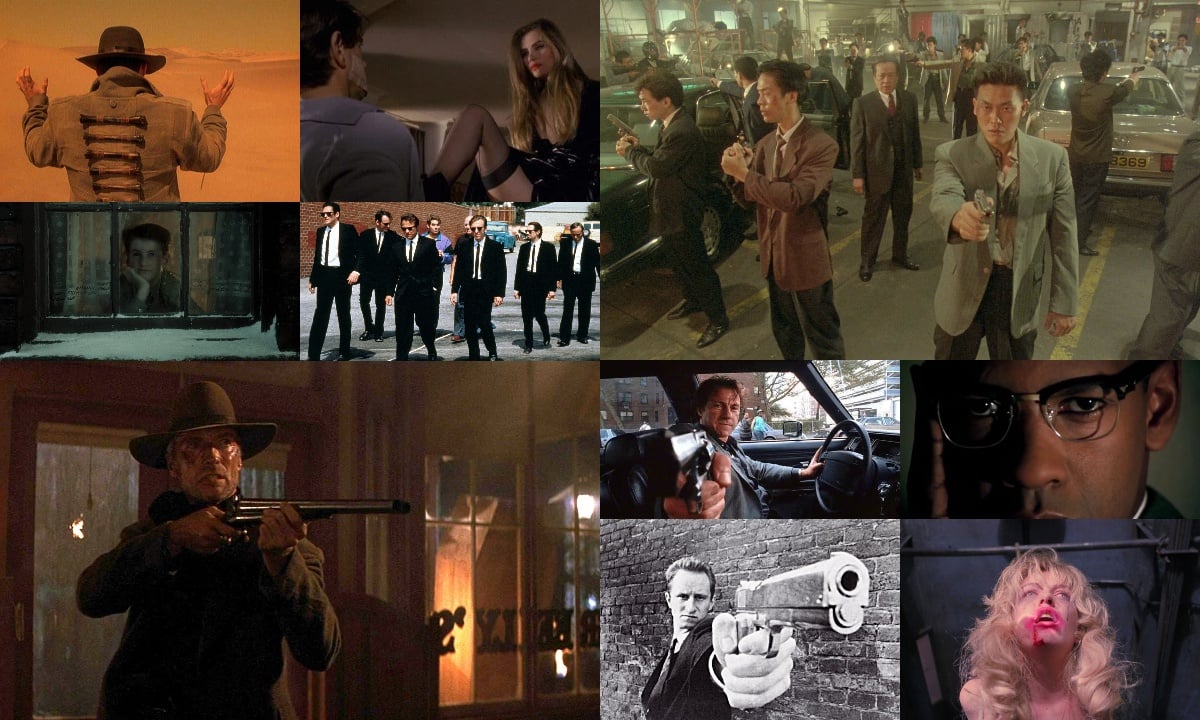 1992 was a strange year for popular culture. The controversial Mortal Kombat was released which, in part, led to the creation of the ESRB video game rating system— MTV introduced their first reality show, The Real World, and Tony Hawk helped launch his famous skateboarding company, Birdhouse. It was the year that Woody Allen left his long-term partner Mia Farrow after she discovered his secret affair with her adopted daughter, and the same year Sinead O’Connor tore up a picture of Pope John Paul II on Saturday Night Live. Michael Jordan was so popular, McDonalds sold a burger called the “McJordan”; Mark Wahlberg was busy stripping down for Calvin Klein and Whitney Houston’s “I Will Always Love You” played over and over again on the radio. 60 Minutes was still the highest-rated TV show; Kris Kross had everyone jumping while wearing their pants backward, and the Toronto Blue Jays became the first (and only) Canadian team to win the World Series. Andy Morahan directed the epic music video for Guns N’ Roses’s longest song “November Rain”; Wu-Tang Clan released their first record, and Jay Leno became the new host of the Tonight Show. Oh, and it was also a strange year for movies.

Aladdin was the highest-grossing film of 1992; The Crying Game was the year’s sleeper hit; Marisa Tomai won Best Supporting Actress Award for her performance in My Cousin Vinnie, and Clint Eastwood’s Unforgiven took home the Oscar for Best Picture and Best Director. More than anything, 1992 will be remembered most for the emergence of independent filmmakers; the rising popularity of Hong Kong cinema and many of the best movies being unfairly maligned by critics and ignored by audiences. What follows is the best films of 1992.

That out of the way, here are the 30 best movies of 1992, each represented by one perfect screenshot. You can find my list of the best films of 1991 here.

30 Perfect Screenshots from the Best Movies of 1992

30. Aladdin
Directors: Ron Clements and John Musker
A diamond in the rough.

A kindhearted street urchin and a power-hungry Grand Vizier vie for a magic lamp that has the power to make their deepest wishes come true.

29. Candyman
Director: Bernard Rose
We Dare You To Say His Name Five Times!

The Candyman, a murderous soul with a hook for a hand, is accidentally summoned to reality by a skeptic grad student researching the monster’s myth.

A 14-year-old video enthusiast is so caught up in film fantasy that he can no longer relate to the real world, to such an extent that he commits murder and records an on-camera confession for his parents.

A woman on the run from her abusive husband encounters a mysterious hitch-hiker.

26. Juice
Director: Ernest R. Dickerson
In the Ghettos of Harlem you don’t buy respect …you earn it.

Four inner-city teenagers get caught up in the pursuit of power and happiness, which they refer to as “the juice”.

A small town police chief awaits the arrival of a gang of killers.

Batman returns to the big screen when a deformed man calling himself the Penguin wreaks havoc across Gotham with the help of a cruel businessman.

22. Once Upon a Time in China II
Director: Tsui Hark

A film crew follows a ruthless thief and heartless killer as he goes about his daily routine. But complications set in when the film crew lose their objectivity and begin lending a hand.

A Hong Kong detective teams up with his female Red Chinese counterpart to stop a Chinese drug czar.

19. The Crying Game
Director: Neil Jordan
The movie everyone is talking about… But no one is giving away its secrets.

A British soldier kidnapped by IRA terrorists soon befriends one of his captors, who then becomes drawn into the soldier’s world.

Young Léo Lauzon lives in a Montreal apartment building with his troubled and highly eccentric family, but he spends much of his time in his own imagination. Devising a strange fantasy world where his mother conceived him with an Italian tomato, Léo attempts to cope with his unsettling reality by retreating into his mind, with his meandering thoughts often drifting to his gorgeous neighbor, Bianca.

A man is accidentally transported to 1300 A.D., where he must battle an army of the dead and retrieve the Necronomicon so he can return home.

16. Braindead (a.k.a Dead Alive)
Director: Peter Jackson
The most undercooked comedy in the history of Cinema!

A young man’s mother is bitten by a Sumatran rat-monkey. She gets sick and dies, at which time she comes back to life, killing and eating dogs, nurses, friends, and neighbors.

A violent police detective investigates a brutal murder that might involve a manipulative and seductive novelist.

An examination of the machinations behind the scenes at a real estate office.

After hearing stories of her, a passenger on a cruise ship develops an irresistible infatuation with an eccentric paraplegic’s wife.

This film shows the disaster of the Kuwaitian oil fields in flames, with few interviews and no explanatory narration. Hell itself is presented in such beautiful sights and music that one has to be fascinated by it.

11. The Player
Director: Robert Altman
In Hollywood, it’s not who you know, it’s who you kill.

A Hollywood studio executive is being sent death threats by a writer whose script he rejected, but which one?

10. The Last of the Mohicans
Director: Michael Mann
The first American hero.

Three trappers protect the daughters of a British Colonel in the midst of the French and Indian War.

After Queen Elizabeth I commands him not to grow old, a young nobleman struggles with love and his place in the world.

When their best friends announce that they’re separating, a professor and his wife discover the faults in their own marriage.

7. Unforgiven
Director: Clint Eastwood
It’s a hell of a thing, killing a man

William Munny, a widower with two young kids, once a vicious gunfighter, gives up everything after marriage. Now, a man named Schofield Kid brings him an offer that he cannot refuse.

While investigating a young nun’s rape, a corrupt New York City police detective, with a serious drug and gambling addiction, tries to change his ways and find forgiveness and redemption.

Biographical epic of the controversial and influential Black Nationalist leader, from his early life and career as a small-time gangster, to his ministry as a member of the Nation of Islam.

A young British boy comes of age among his loving family and the austere Catholic Church as he realizes his love of cinema and his homosexuality.

3. Reservoir Dogs
Director: Quentin Tarantino
Four perfect killers. One perfect crime. Now all they have to fear is each other.

When a simple jewelry heist goes horribly wrong, the surviving criminals begin to suspect that one of them is a police informant.

2. Hard-Boiled
Director: John Woo
The Most Action-Packed Film of All-Time.

A tough-as-nails cop teams up with an undercover agent to shut down a sinister mobster and his crew.

1. Twin Peaks: Fire Walk with Me
Director: David Lynch
In a town like Twin Peaks, no one is innocent.

Laura Palmer’s harrowing final days are chronicled one year after the murder of Teresa Banks, a resident of Twin Peaks’ neighboring town.

The Batman is a Lifeless Reboot, but Robert Pattinson is not the Problem