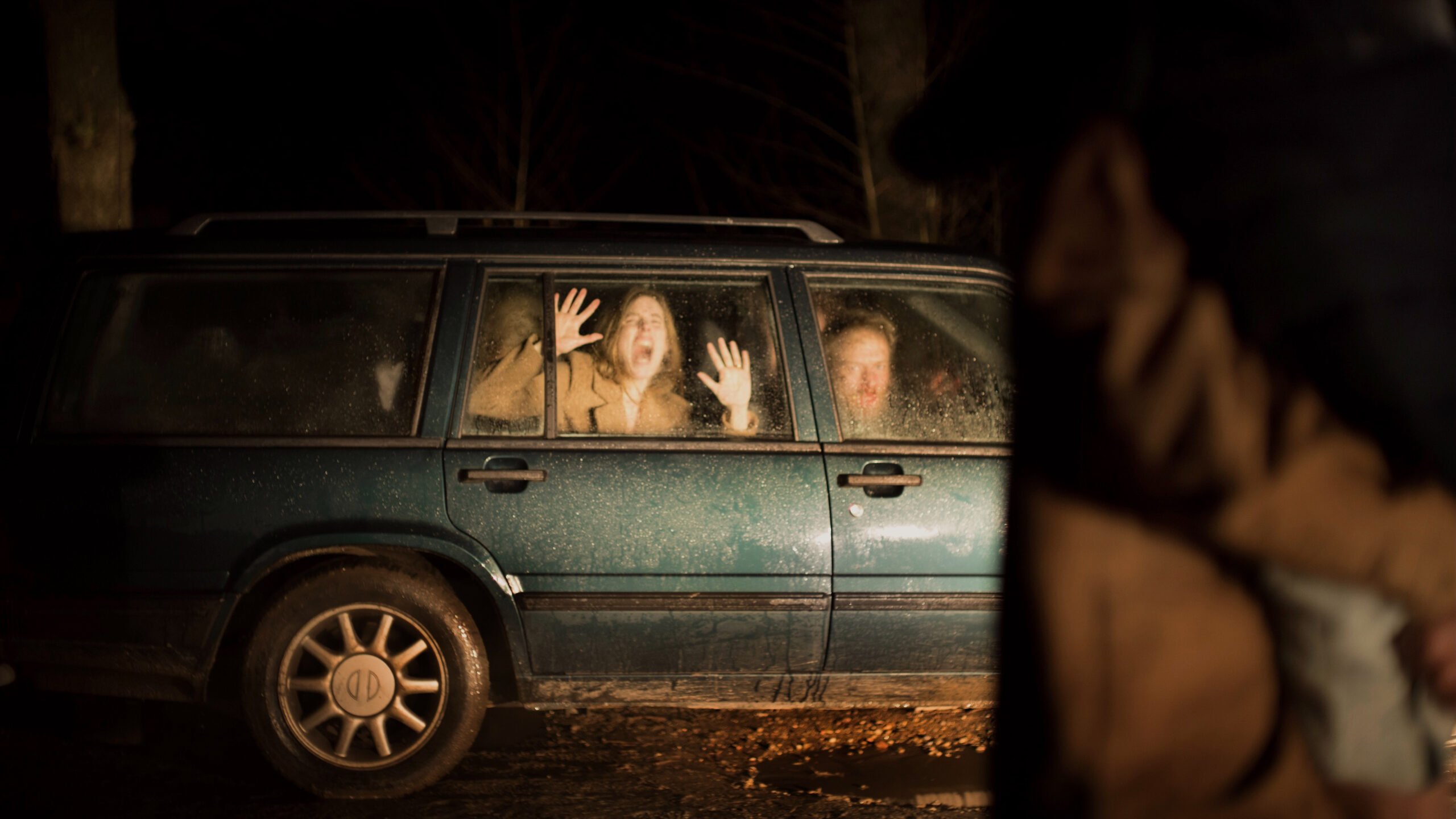 There’s cold savagery that Speak No Evil manages to evoke without actually showing anything gruesome for a very long stretch of the film. Christian Tafdrup’s latest is unpleasant to experience and it surprisingly works in its favor long enough that finding out the source of that unpleasantness is a tantalizing enough prospect. However, Tafdrup’s screenplay (co-written with his brother Mads) contorts itself to create that unpleasantness, contriving a sequence of events that never feels natural or organic until it ends with shock value that neither feels earned nor worthwhile.

The cold beating heart of Speak No Evil is Bjørn (Morten Burian) – a father and husband who has given in to living his life the way he is expected. He does nothing for himself, instead, going on family vacations and double dates with couples he dislikes. He doesn’t hate his life, but there’s a void that he can’t seem to fill by living it the way he has with his wife, Louise (Sidsel Siem Koch), and daughter, Agnes (Liva Forsberg). Speak No Evil is very blunt on its message and how that complacency can eat you alive if push comes to shove.

It’s through a moment of bonding during a family vacation in Tuscany with a Dutch family that sets forth this feeling of something more to his life. It’s an intangible feeling, but something he wishes to chase and so when Patrick (Fedja van Huêt) and Karin (Karina Smulders) invite their family to their home in the Dutch countryside, Bjørn feels compelled to take them up on the offer. However, the initial spark between the two families quickly unravels as Patrick and Karin create an inhospitable environment that pries at their morals and makes the weekend unbearable.

In the backdrop of the two couples struggling to mesh is Agnes and Patrick and Karin’s son, Abel (Marius Damslev). Born without a tongue, his disability seems to be a point of frustration with his parents. However, his sullen demeanor is what keeps a sad tone in Speak No Evil. As his parents berate him for being awkward and quiet, Abel winds up being one of the only sources of empathy in the film as he and Agnes try to bond while their parents fail to find common ground.

Speak No Evil runs the gamut of party faux pas that Bjørn and Louise are forced to experience throughout the weekend. Well, “forced” would imply there’s no way out of a situation but the Tafdrup brothers are extremely dedicated to their characters being unable to act when needed. That inability is both frustrating and essentially the only mantra for writing these characters. In the face of Patrick and Karin’s blunt disregard for social norms, action always wins over inaction.

The real problem with Speak No Evil is that it takes that inability to act to a shocking place without earning it naturally. The screenplay’s refusal to let anyone behave beyond their programmed theme (of which they’re all similar), means that the humanity of the film is noticeably absent. Instead, large swaths of the film feel like armchair psychology and when the film tries to show the depravity of humans, it has no humanity to show except what the actors can bring (which is mostly put on the capable shoulders of Burian) and instead just puts a fine point on its thesis.

A film dedicated to its themes is not inherently bad, but Speak No Evil’s characters all lack the one thing they are: human. It’s a basic requirement and the screenplay is so painfully unaware that the element is missing that instead it parades through social awkwardness and unpleasant scenarios in the hope that relatability to the situation will latch onto the viewer. It’s a cold, detached film that argues something valid while doing it in a way that invalidates itself.