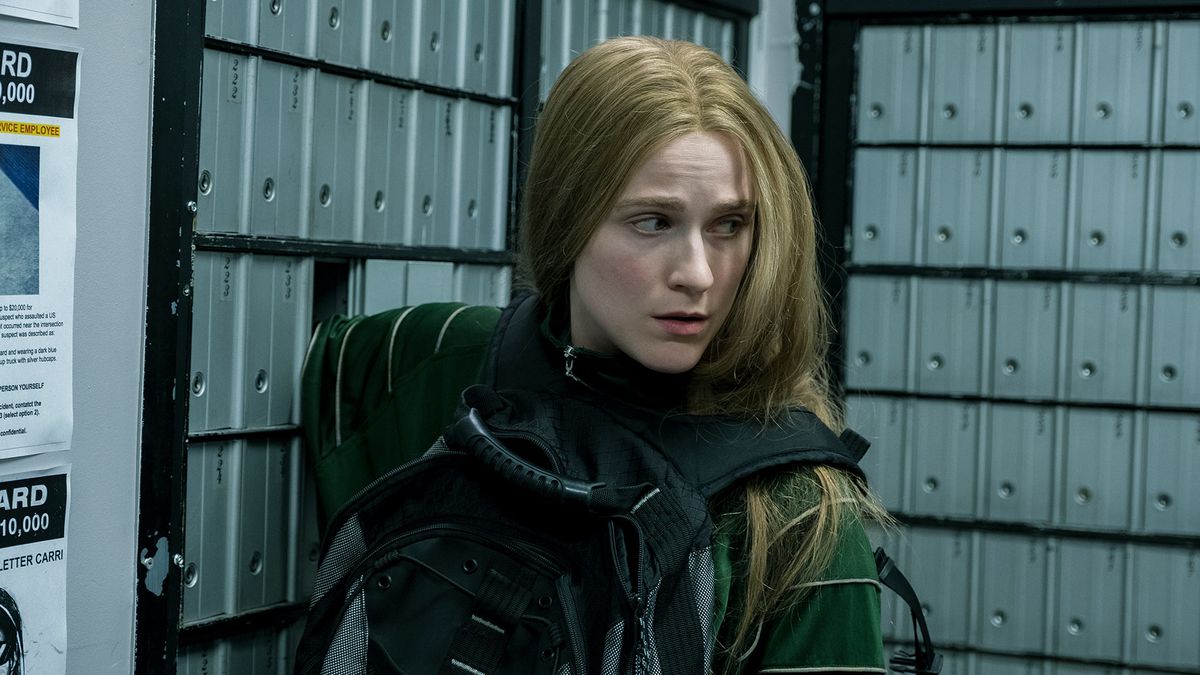 Miranda July is a polarizing director, one whose detractors label her the “epitome of trendy indulgence,” and whose boosters find her doses of magic realism moving and refreshing. I’ve been in the latter category, particularly when it came to July’s second feature, The Future, one of my top films of the past decade. With her third feature, Kajillionaire, she expands her potential as a comic director, while still finding resonant, bittersweet notes.

Kajillionaire stars Richard Jenkins, Debra Winger, and Evan Rachel Wood as a trio of barely-homed Angelenos constantly in search of their next buck — and their next scam. Robert and Theresa (Jenkins and Winger) seem like they might have been burnt-out hippies or disillusioned New Agers (they pose as professors at one point), while Wood plays their withdrawn and tomboyish daughter. She dresses in loose-fitting sweats and wears her hair down to her midriff and parted down the middle just enough to reveal a hint of her face, which is all she cares to display. They live next to an absurd bubble factory in a decrepit office building that leaks foam like clockwork, but most of their day is spent on the streets, scamming passerby or stealing packages from the post office in hopes of finding cash, or at least something they can return for money.

Their steady routine seems to work well enough, even if they’re a few months behind on their already astoundingly low rent (at least for LA). But amid another con, they befriend the bubbly Melanie (Gina Rodriguez), who’s fascinated by their lives. She has a job and enough money to afford a small apartment, but something about their nomadic lifestyle seems adventurous to her, even if they don’t live that way by choice. There’s an instant conflict between this new surrogate daughter and their real daughter (I won’t spoil Wood’s character’s hilarious name), and it’s not clear until the end if their connections are real, or just a long con.

Unlike The Future, which departed the bounds of time and space to dramatize the heartbreak of a separation, Kajillionaire hews closer to the world as we know it, even if its characters are absurd outliers. Jenkins effortlessly switches from charming curmudgeon mode to lecherous old man, and Winger’s detached mother reveals chilling, if hilarious, depths. But the film belongs to Woods and Rodriguez, who find a wonderful repartee when they’re forced to work together. As in most of July’s work, there’s a moment where it might seem a bit too precious, but there’s a deeper sense of longing hidden beneath. Wood, in particular, seems a bit one-note at first, but Rodriguez eventually breaches her defenses to find what makes her tick. It’s a stunning cinematic transformation to cap off one of the most delightful films of the year.

Editor’s Note: This article was originally published on January 27, 2020, as part of our coverage of The Sundance Film Festival. Visit the official website for more information.

King of New York— a Slick and Stylish Crime Flick