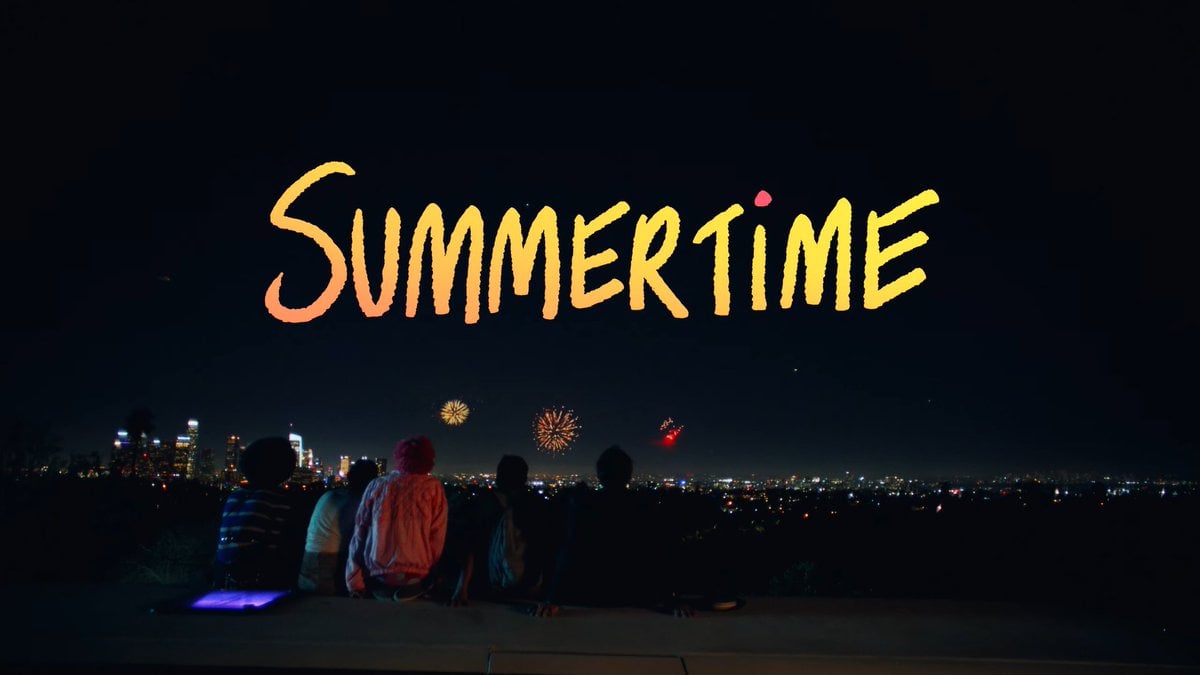 The 2018 film Blindspotting, the feature directorial debut of Mexico-born filmmaker Carlos López Estrada, was a meditation on urban living, gentrification and the plight of the recently incarcerated that was a great deal more fun than that description makes it sound.

The film, co-starring its co-writers  Daveed Diggs and Rafael Casal, was a vivid slice of life in Oakland and announced López Estrada as a major new cinematic voice. It was part of a wave of outstanding films from that period of time about people of color in the Bay Area, along with Sorry to Bother You and The Last Black Man in San Francisco.

Blindspotting, however, led up to a somewhat divisive scene, in which Colin (Diggs) confronts a policeman who had seen shoot somebody and… delivers a freestyle rap performance. Some saw this as brilliant, while others felt it didn’t match the moment.

Now, López Estrada has returned with his live-action followup, Summertime, a movie that was likely done and in the can well before Raya and the Last Dragon was. The film has doubled down on meaning delivered through the spoken word form. The new film is a bit uneven, but it’s visually stunning and features five or six legitimately great moments. When Summertime is on, it’s very much on.

The film, a 2020 Sundance debut, had its origins in a spoken world showcase of 25 diverse young performers who shared their own autobiographical spoken-word works. The director, and screenwriter Dave Harris, assembled those performances into a movie set over the course of a single day in different parts of Los Angeles.

Summertime, which was shot pre-pandemic in the summer of 2019, is structured similarly to Richard Linklater’s seminal indie film Slacker, and happens to arrive just days after Slacker‘s 30th anniversary. It’s a film that’s very much about Los Angeles, in the way Blindspotting was about Oakland and makes beautiful use of L.A. locations, even ones not often visited by movie cameras.

The monologues aren’t built into very structures, including some that resemble sketch comedy and others that are more like traditional drama.

One highlight is a young man (Tyus Winter) who uses social media channels to denigrate gentrifying restaurants. There’s a wondrous bit in which a young woman’s slut-shaming mother tells her not to wear red lipstick to a party, leading into a musical number.

We also meet a duo of aspiring rappers and graffiti artists and a couple arguing in front of their therapist. One woman roller-skates around while playing guitar, while another delivers a monologue about being a lesbian. There’s a fantastic scene in a burger joint, featuring many of the previously-seen characters, where everything goes wrong at once. It leads to a spirited monologue by the limo driver seen throughout the film about his own hopes and dreams.

Summertime, which opens in New York and Los Angeles July 9 and expands wider July 16, is going to be one of those movies where you’re either on board with this or not, probably based on the description alone. But I found it a worthy follow-up to Blindspotting.

Black Widow : A Stand-Alone Film Worthy of An Avenger