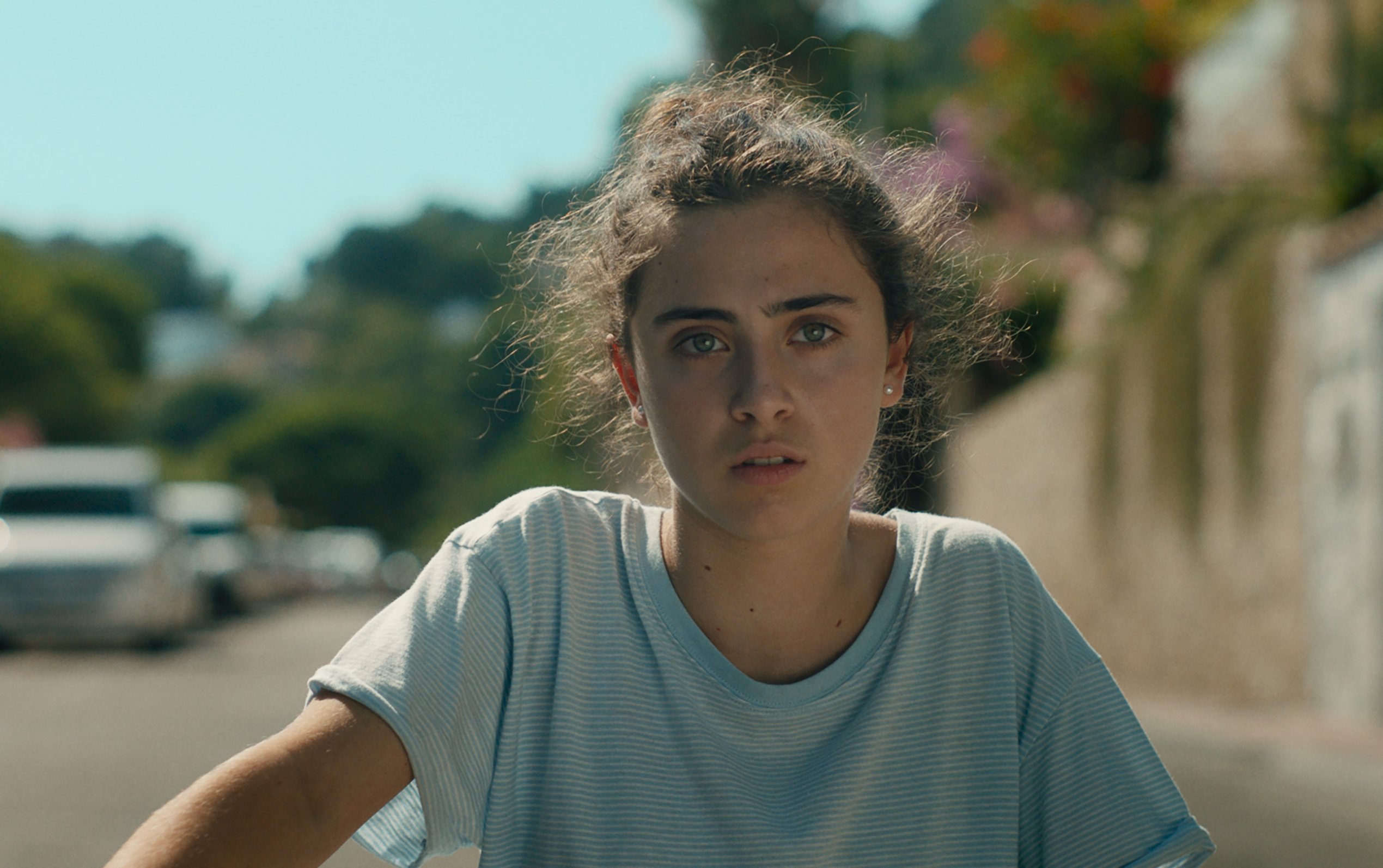 Using three different generations of characters, Libertad is a poignant coming-of-age tale that quietly examines the lives given to us and those we take for granted. Following one teenager as she spends the summer with her siblings, mother, and grandmother, Clara Roquet’s feature directorial debut is a portrait of a young girl at the crossroads of her life. Gorgeous cinematography and naturalistic performances turn Libertad into a layered experience as it wrestles with what it means to be grown up for two teenagers on opposite ends of the class divide.

As Nora (Maria Morera) heads out for summer vacation at her family’s vacation home on the coast of Catalonia, Spain, she is dreading the weeks to come. That is until she meets Libertad (Nicolle Garcia) – the daughter of the family’s maid, Rosana (Carol Hurtado). Far from her home in Colombia, Libertad also hates the idea of spending time with her mom helping clean up after Nora’s wealthy family. The social divide between Libertad and Nora doesn’t stop them from becoming fast friends, though, as they begin spending their nights together in secret, hiding their friendship from their parents at the risk of being separated.

The class differences between both characters aren’t immediately noticeable, largely due to the film’s perspective. Nora is our eyes and ears into the life of Libertad, and so scenes play out much differently than they likely would otherwise. Her naivety regarding Libertad’s upbringing and lifestyle ends up providing a more guarded approach to scenes when they become less innocent in nature. When the two are out partying, it’s easy to tell who is uncomfortable and why, as Nora’s growth into a woman feels almost accelerated by her promiscuous friend. Had the film taken the perspective of Libertad, it would have likely positioned every scene at home more dangerous than when she is absorbing the nightlife.

The screenplay handles so many different elements, though, from Nora’s relationship with her mother, Teresa (Nora Navas), to Libertad’s fleeting yet impactful interactions with Nora’s grandmother (Vicky Peña) and how it shifts her perspective on her own relationship with her mother. This isn’t just one naive teenager becoming a woman through the course of a summer; Libertad is about how the cards people are dealt in life are not inherently good or bad – it’s what you do with them.

There’s a way in which Nora’s interactions with Libertad eventually shift, and the film makes itself very clear that not all parties are aware of the imbalances between classes. Even once it worms its way into the text itself, Libertad still manages to weave subtle moments into the script that make it heartbreakingly nuanced. Maria Morera’s performance as Nora is remarkable, but Nicolle Garcia’s portrayal of a teenager crushed by the invisible divisions between the wealthy and poor stands out. She’s the titular character, but not the main character. However, even then, her arc and the internal struggle to not be defined by expectations makes the performance both volatile and aching to watch.

Roquet’s handling of the material in Libertad is mesmerizing and finds strength in both its seemingly innocent setting and character-focused screenplay. There’s never a meandering moment, instead filling the quiet with contemplative moments for both of the women at its center. By the end, the film and its characters don’t necessarily go through radical changes but find new points of reference to call back upon as they enter adulthood. It’s a satisfying, sweet conclusion to an enriching summer experience.