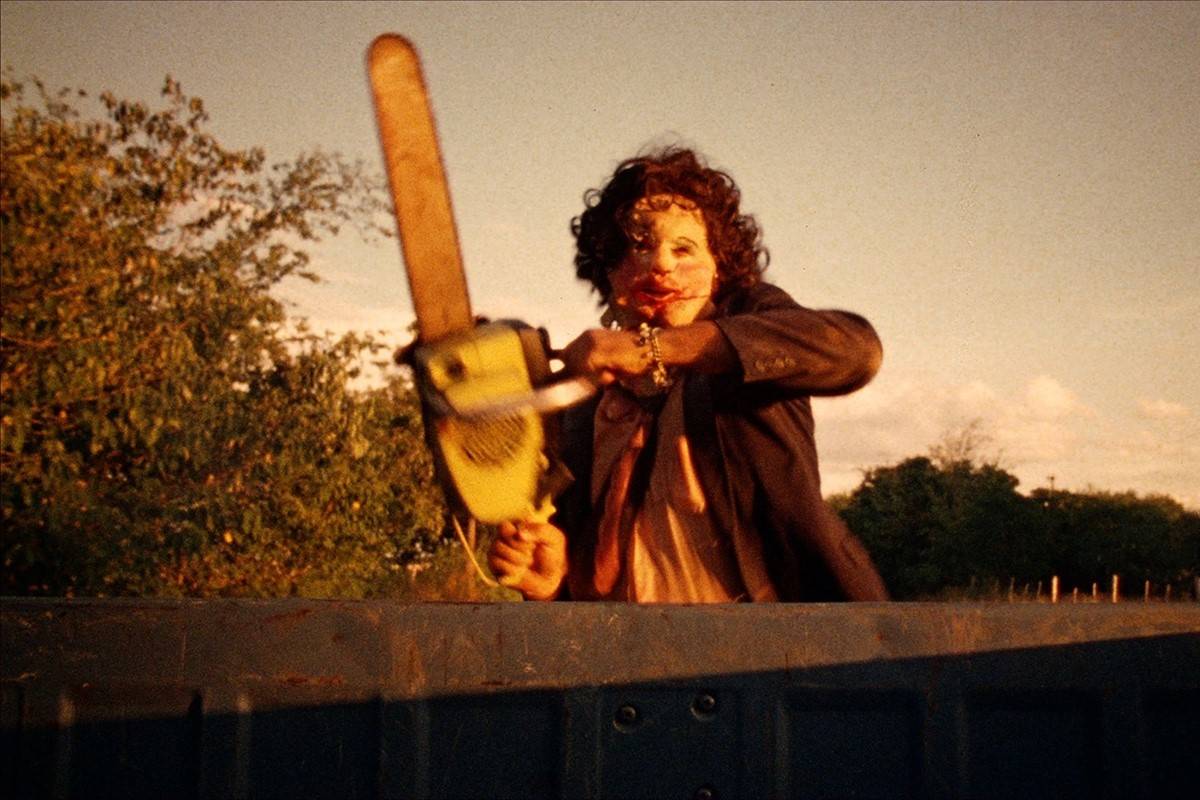 On Friday, Netflix released the latest installment in the Texas Chainsaw Massacre franchise. While another installment in a franchise with eight other films may not seem like a particularly groundbreaking moment, a look back at the history of Texas Chainsaw demonstrates how renewed interest in the franchise may actually be the perfect antidote for a major issue in Horror right now: the daunting pervasiveness of term “Elevated Horror.”

Every few years, a new generation tries to find a way to justify their interest in a popular genre by arguing that they participate in an “elevated” or more refined version of it. Margaret Atwood has tried to distance herself from Science Fiction by arguing that she writes the more literary “Speculative Fiction.” The 1991 Oscar success of The Silence of the Lambs is often associated with its ability to avoid the clear label of “Horror” by aligning itself with the “Thriller,” Horror’s more socially-acceptable sibling.

In each of these examples, the dynamic is the same: someone enjoys or creates a piece of genre fiction, but they don’t want the social stigma that comes along with that genre. Genres like Science Fiction, Fantasy, Horror, or Romance are often associated with cheap entertainment, a lack of intellectualism, and a lack of artistic sophistication. People who consider themselves invested in more “serious” forms of art thus often feel the need to distance themselves from these genres.

The newest genre buzzword that has been circulating is the term “Elevated Horror.” This term – which refers to Horror films that apparently have more artistic integrity or depth than other Horror films – has become so ubiquitous that a large portion of the most recent Scream film was spent mocking its popularity. After Jenna Ortega’s Tara Carpenter tells Ghostface that she enjoys Elevated Horror films, he replies with a disappointed “isn’t that a little fancy-pants?” The film does not make its disdain for the concept a secret, putting the fifth Scream film in league with the countless horror fans who have agreed that the term is, to quote Lor Gislason, “unnecessary and elitist,” and erases the way that horror films have always been political and artistically significant, even when they haven’t looked like Hereditary.

The derision of genre fiction is rooted in racism, sexism, and classism: this argument is not new. The term “lowbrow” itself stems from the discriminatory pseudoscience of phrenology, and genres that develop a stigma of being unsophisticated are typically ones associated with women, working-class audiences, and people of color. “Elevated” Horror is really shorthand for “Horror that better fits into normative expectations of what a ‘quality’ film looks like,” and it is no secret that our normative expectations of quality cinema are rooted in whiteness, wealth, and masculinity.

All of this context is why Netflix’s new entry in the Texas Chainsaw Massacre franchise is so important to the genre right now. Texas Chainsaw is the perfect rebuttal to any claims about so-called Elevated Horror, because the franchise’s political and artistic goals are dependent precisely on the films not being elevated. Texas Chainsaw’s very artistic integrity and depth come from its refusal to participate in the types of filmmaking associated with quality or elevation. Contrary to what proponents of Elevated Horror may say, Texas Chainsaw is intelligent and complex not only despite the fact that it’s not “elevated,” but explicitly because it doesn’t look or feel the way that intelligent and complex films are supposed to look.

At its core, Texas Chainsaw is a class critique. In the original film, the economically disenfranchised Sawyer family loses their jobs at a slaughterhouse, and the resulting poverty pushes them to cannibalism. No longer able to find work, they simply apply the job skills that they’ve always used to earn a living – killing livestock and preparing meat for consumption – and continue to use these skills for survival as they always have. It just so happens that the livestock remaining for them to slaughter is human.

A film centered on critiquing the disenfranchisement of the working class is already at odds with a term that depends on classist notions of what “good art” looks like. It’s hard to portray the struggles of working-class people using aesthetics that are designed to appeal to middle-class tastes. However, beyond this basic premise, there are many classic Chainsaw moments that depend entirely on the film’s refusal to be elevated.

Possibly one of the most iconic moments in the franchise is when Leatherface impales Terri McMinn’s Pam on a meat hook. Part of what makes the moment so shocking is the utter nonchalance with which Leatherface impales her. There is no intense dramatic buildup, no elaborate camerawork, and nothing to indicate this is a particularly noteworthy moment for Leatherface: he simply picks her up and shoves her on the hook with the same indifference as a cashier scanning and bagging an item at the grocery store.

The fact that the film does nothing to “elevate” the moment is exactly what makes it gripping and impactful. Much like the rest of the Sawyers’ activities, Leatherface’s brutal murders are, to him, no different than another day at a monotonous and repetitive job. Artistically, it is this mundane and matter-of-fact murder that makes Texas Chainsaw so terrifying. Politically, it is what makes the film such an effective critique of the combination of alienating labour and working-class poverty that defined work in late Fordist America. An attempt to “elevate” the moment would remove the exact detachment and indifference that makes the scene so significant.

The idea that cannibalism is simply “business as usual” to the Sawyers – not exactly a delight, but nothing particularly remarkable – is repeated throughout the film. When The Cook tells Sally Hardesty that “there’s somethings you got to do in life, that don’t mean you have to like it,” he is making it clear that there’s not much difference between what the Sawyers are doing and what anyone who does an undesirable job to make a living has to do: the real villain is American work culture. Again, the film relies on a bluntness and lack of conventional cinematic style to make its point.

One of the most iconic scenes in the original film is the “dinner scene,” where the Sawyer family gathers around the dinner table in a twisted recreation of an All-American family moment. Like a macabre reimagining of Leave it to Beaver, the family banters and jokes in a scene framed to resemble a wholesome depiction of a classic American family dinner. Of course, this image is made grotesque through the desolation of the surroundings and the fact that Sally Hardesty is tied to a chair at the end of the table, as the family prepares to slaughter her for meat.

In this moment, a picturesque Americana image associated with refinement and class – the family dinner – is de-elevated and turned into a horror show. It is precisely by replicating a conventionally “elevated” image in a grotesque, unrefined, and begrimed manner that the film comments on the darkness lingering underneath the American Dream. Everything about Texas Chainsaw’s commentary is dependent on its investment in aesthetics that alternate between the mundane and the raw; in both of these cases, the film’s low budget and refusal to participate in aesthetics of refinement, polish, or elevation are exactly what make it significant.

Both styles achieve their goals: this article is not intended to dismiss the work of filmmakers like Aster. However, in a climate that would hold films like Insidious or Midsommar up as somehow more nuanced, more intelligent, or more meaningful than Horror films that are invested in raw, unrefined, campy, pulpy, or otherwise less “elevated” aesthetics, it is important to take a step back and remember the political, intellectual and artistic significance of films that have no interest in elevating themselves. In fact, their resistance to elevation may be exactly the technique through which films make themselves artistically, intellectually and politically meaningful.

Texas Chainsaw stands as a perfect reminder of a film whose participation in Elevated Horror would actually lead to the loss of everything that makes it special. It stands as a reminder that, rather than a “better way” of doing horror, Elevated Horror is simply a different way of doing horror, with just as many limitations as advantages. Texas Chainsaw shows how no aesthetic style or approach is in any way more intellectual or significant than any other; rather, different films rely on different techniques to make their points. And maybe it’s time to take a break from culture’s obsession with Elevated Horror and enjoy the masterpieces that make up the history of a genre that modern fans are so eager to distance themselves from.

Lost Highway Was Pure, Uncut David Lynch, for Good and for Ill