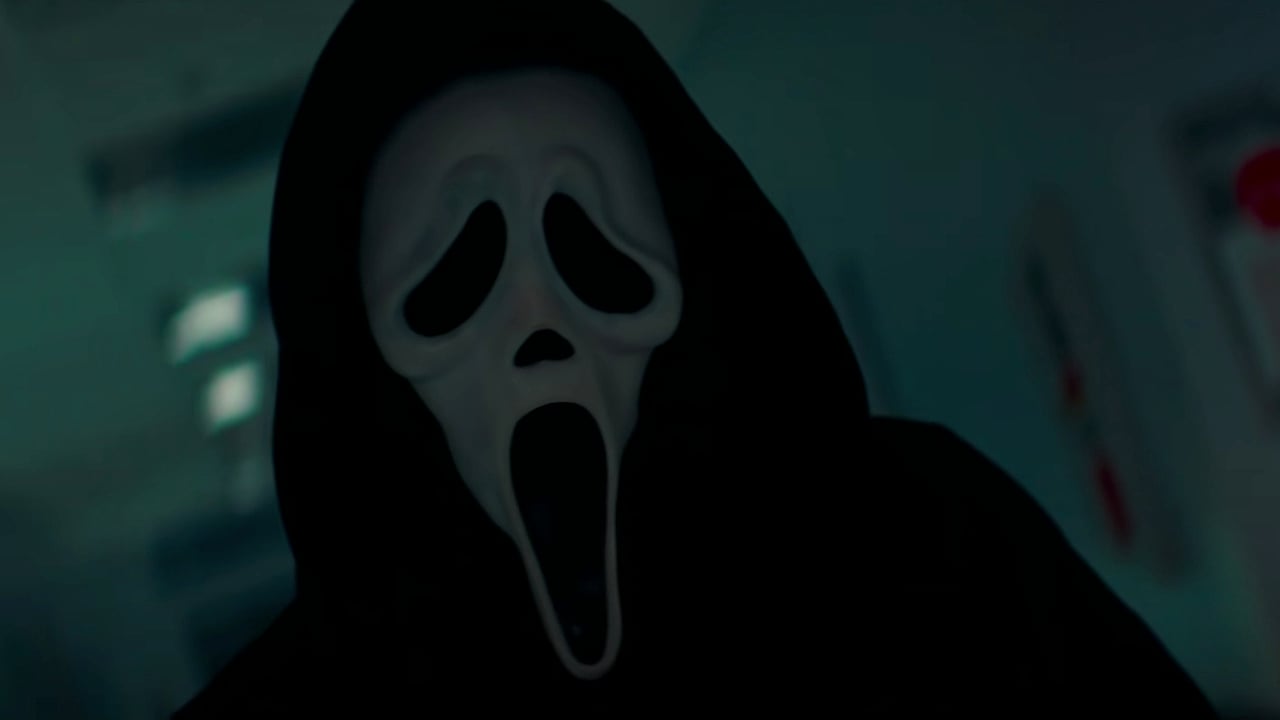 The fifth film in a series, arriving shortly after the 25th anniversary of the original, is almost always going to consist of lots of in-jokes, call-backs, and fan service, as well as cameos or more from surviving original stars, and new characters who are related to the old ones. That’s just the way it is these days. But when that series is Scream, all of that stuff is going to necessarily be off the charts.

The new Scream, which is titled simply “Scream,” has all of that of course, and it gets quite tiresome rather quickly. The scares aren’t that scary and the surprises are not that surprising. But the film is saved by a very winning cast, with almost all of the new characters cast rather well.

But then again, the Scream franchise has been about other movies since the very beginning of the first. That 1996 film, directed by veteran horror master Wes Craven and written by Kevin Williamson, is a horror movie about horror movies, in which the characters not only knew about all the established tropes of the genre but talked about them all the time.

In addition to the four sequels — and a whole other series, Scary Movie, that is essentially a parody of Scream — Scream was hugely influential on the horror genre of the late ’90s and early 2000s, with even old horses like Halloween returning with Scream-influenced sequels.

Now, Scream has returned, for the first time since 2011’s Scream 4, and it’s about what you think it is: References upon references upon references, to the previous movies, as well as to the franchise-within-the-franchise Stab, as well as the horror genre in general. Once again, there’s a copycat Ghostface Killer on the loose, and once again, both the killer and hunted teenagers seem to know everything about what to do and what not to do in a horror movie scenario.

The main characters are a pair of estranged sisters named Sam and Tara (Melissa Barrera and Jenna Ortega.) The killer tries to come after one, and the other, eventually pulling in a group of Tara’s friends. Everyone’s a suspect at one point or another, and we know that because they keep mentioning it and accusing one another.

There are some attempts to incorporate modern technology, including cell phones and home alert systems, yet for some reason, the Scream universe doesn’t have the real world’s ever-present Ring and security cameras. And a serial killer going wild in a small town and killing mostly pretty white people doesn’t lead to nearly the media and law enforcement frenzy than it would in real life.

The best decision in the movie is the casting of the main roles. Melissa Barrera co-starred in In the Heights this summer and she commands the camera like few young stars to arrive in recent years. Jack Quaid, the son of Dennis Quaid and Meg Ryan, was in an outstanding romcom a few years ago called Plus One but has mostly been absent since; he gets another chance here and more than makes the most of it.

Then there’s Mikey Madison, who has starred for the last few years as Pamela Adlon’s oldest daughter on the outstanding FX series Better Things, and also played one of the Manson murderers in Once Upon a Time in Hollywood. As a best friend character, she has an anarchic presence that I expect to see in lots of horror movies in the future.

Most of the teen cast is filled out by actors from current or recent teen shows- Dylan Minnette from 13 Reasons Why, Jasmin Savoy Brown from The Leftovers, and a few others.

Wes Craven, who directed all four of the previous films, died in 2015; the film is dedicated to him, while one of the characters is named “Wes.” Williamson did not return to write, although he does have an executive producer credit, and in one scene a character watches an episode of Dawson’s Creek, which he created.

The directors are Matt Bettinelli-Olpin and Tyler Gillett, who previously made 2019’s first-rate horror-comedy Ready or Not, while Guy Busick and R. Christopher Murphy. The film isn’t nearly as witty as Ready or Not, very often slipping into the obvious, but the explanation for the killer’s motive is actually quite hilarious.

The other big change is that the new Scream is coming from Paramount, and is, for the first time in Scream history, not a Miramax/Dimension/Weinstein Company project. Perhaps understandably, that’s one Hollywood horror story the movie has no interest in referencing.