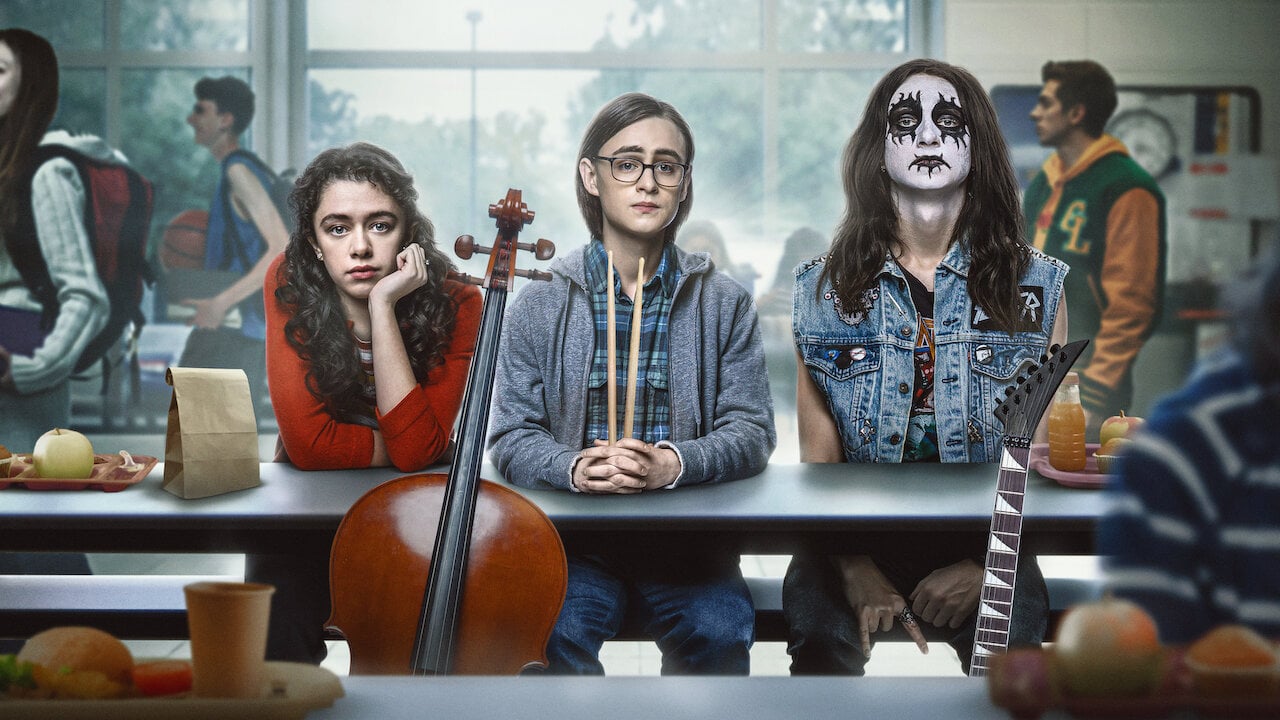 When it comes to musical representation in the movies, few genres are as underserved as metal is. A massive musical umbrella that is home to over 40 subgenres, metal is one of the most technically challenging and complex music styles in the history of the medium and it is this proud tradition that is celebrated in Metal Lords.

Written by Game of Thrones alum D.B. Weiss, Metal Lords sets out to demystify the appeal of metal for newbies to the genre while also offering plenty of fan service for diehard metalheads along the way. Focusing on milquetoast nerd Kevin and his metalhead best friend, Hunter, Weiss’ veneration of metal music sees the two attempting to start a band and go for the glory at their local Battle of the Bands competition.

They’re joined by Emily, an emotionally unstable but undeniably passionate classical musician. Though Hunter spends much of the film scoffing at the notion of her joining them in their quest, fans of Apocalyptica and those familiar with the classical origins of many metal subgenres will already know that this is actually a natural fit. For those who are less familiar with metal, however, the crisp sounds of metal and classical music melding together will no doubt come as a welcome surprise.

Though Weiss’ script follows a pretty familiar coming-of-age storytelling style with its characters finding first love, facing the hard realities of adulthood, and plenty of partying along the way, the likable leads of Metal Lords have just enough appeal to carry the film passed the finish line. While Jaeden Martell is given the thankless task of carrying and narrating the film as a relatively unclear protagonist for much of the movie, Adrian Greensmith and Isis Hainsworth get to kick ass and take names as two troubled teens looking for solace in the music they love.

Metal Lords works best when it shows how the genre has become a home for the outcasts and misfits of our society and the many boxes it tries to sort teens and young adults into. Robbie, a friend of Hunter’s with down syndrome also finds solace in the music, an element that helps to show that despite the hard edges of metal music, it’s truly a place for everyone to belong.

Unfortunately, Hunter’s gatekeeping and occasionally discriminatory remarks threaten to derail this message. Luckily Metal Lords takes great pains to lampoon his immature views at times like this so that they don’t gain any traction with viewers. Still, having a character who seems to know so much about metal be seemingly unfamiliar with female-fronted metal bands like Arch Enemy and Kittie doesn’t exactly ring true, and using “gay” as a misnomer for lameness in 2022 isn’t the most endearing character trait.

Still, despite its issues, Metal Lords is ultimately a crowd-pleaser that succeeds as much on the shoulders of its clear love for metal music as the performances of its likable leads. While this movie won’t blow any minds, it could be the avenue for newbies to discover a love for metal music and its comedic moments and breezy runtime means that even those who don’t will have a good enough time to justify the experience.

The Player at 30: A scabrous, of-its-time Hollywood satire from Robert Altman