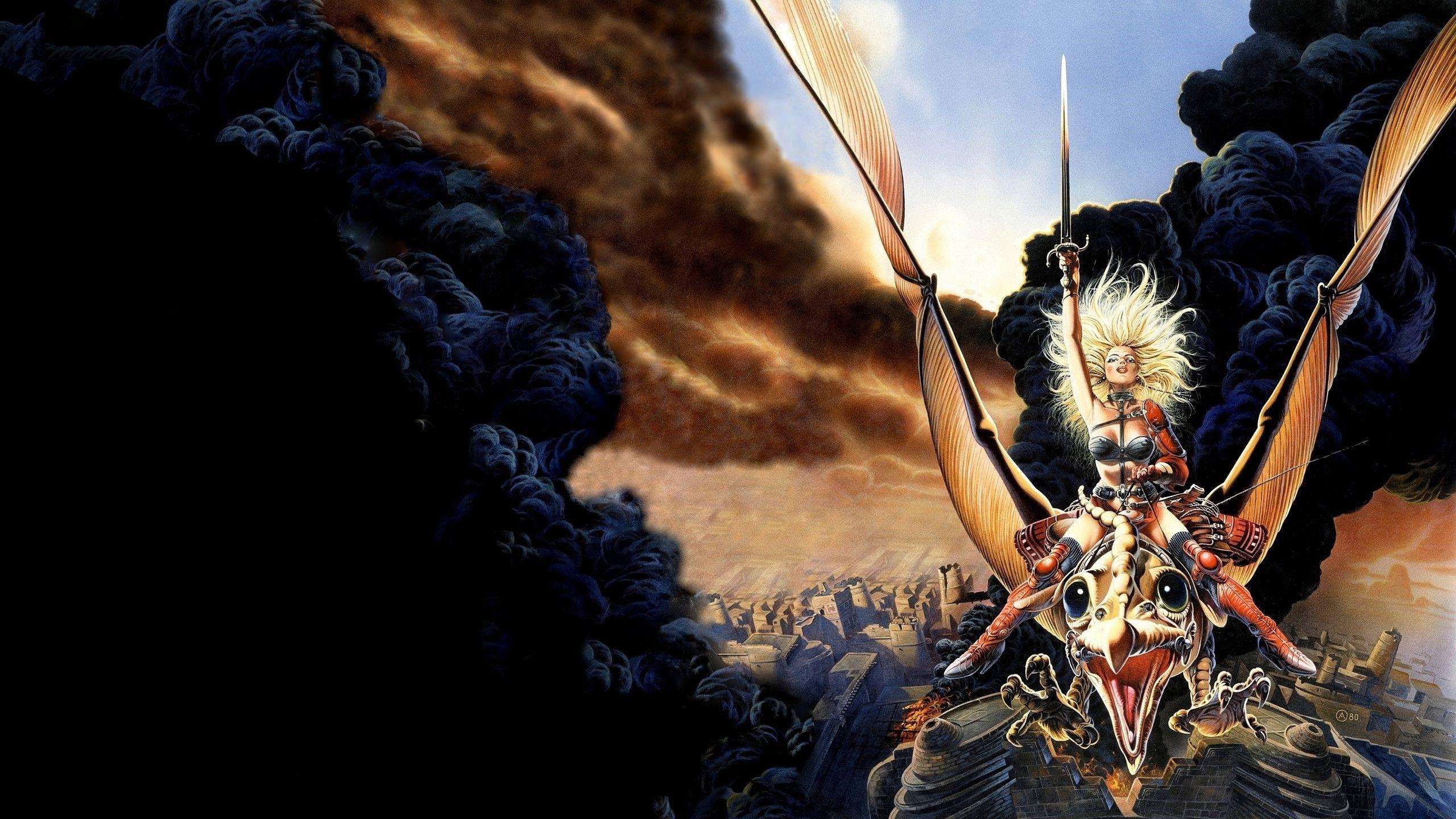 Heavy Metal is a magazine celebrating sci-fi, steampunk, and other oddities. Still, in existence to this day, the magazine got its start in 1977. Four years later, director Gerald Potterton and writers Daniel Goldberg and Len Blum teamed up to make a movie adaptation, also called Heavy Metal. It’s a movie full of the things teenaged boys love, including aliens, robots, and shapely naked ladies.

The Canadian film featured the talents of a heavily Canadian cast of comedy luminaries, including producer Ivan Reitman and performers John Candy, Joe Flaherty, Eugene Levy, and Hard Ramus. It came about during something of a golden age of comedy anthology films, four years after Kentucky Fried Movie and a few years before Amazon Women on the Moon.

Heavy Metal, which celebrates its 40th anniversary this week, remains enjoyable, although to say it’s a film of its time would be a significant understatement.

The film had nine segments, not including its epilogue. They are marked by crude animation, even by 1981 standards, and surprising nudity. There was also plenty of music, although not all of it fit necessarily into the titular musical genre; in addition to Sammy Hagar’s title track, the film features musical stylings of Blue Oyster Cult, Journey, Don Felder, Nazareth, and Cheap Trick.

The through-line in all of it is Loc-Nar, a small alien sphere that resurfaces in different forms throughout the movie, and over centuries of human history, not unlike the monoliths in 2001: A Space Odyssey.

The highlights of the film include “Harry Canyon,” a combination homage to Taxi Driver and the film noir tradition, featuring a cab driver and an unlikely femme fatale. Another was the “Den” segment, featuring the character created by famed comic book artist Richard Corben.

I’m especially partial to the antics of the Gastung-like “Captain Sternn” (voiced by Eugene Levy), who stars in a space-set courtroom drama. Accused of a litany of crimes, including “12 counts of murder on the first degree, 14 counts of armed theft of Federation property, 22 counts of piracy in high space, 18 counts of fraud, 37 counts of rape — and one moving violation.” He pleads not guilty, having bribed a witness, although the witness is overtaken by a muscular human version of Loc-Nar.

Then there’s the famous “So Beautiful & So Dangerous” segment, which culminates in a robot (voiced by John Candy) having sex with a human woman, albeit offscreen until they argue humorously over whether or not it’s feasible for them to get married. It ends with the final defeat of Loc-Nar, by (who else?) an attractive woman riding a creature.

I first saw Heavy Metal on a VHS cassette when it was proceeded by two other parodies from around the same time: The Close Encounters of the Third Kind parody Closet Cases of the Nerd Kind, and the Apocalypse Now spoof Pork Lips Now, both from 1980. There was a sequel released in 2000, called Heavy Metal 2000, although I have never seen it; I assume it’s roughly on the level of Fantasia 2000 and Blues Brothers 2000.

Heavy Metal is not streaming anywhere currently, although it can be rented on VOD, and many of the segments are available on YouTube.

The Tao of Wreck-It Ralph