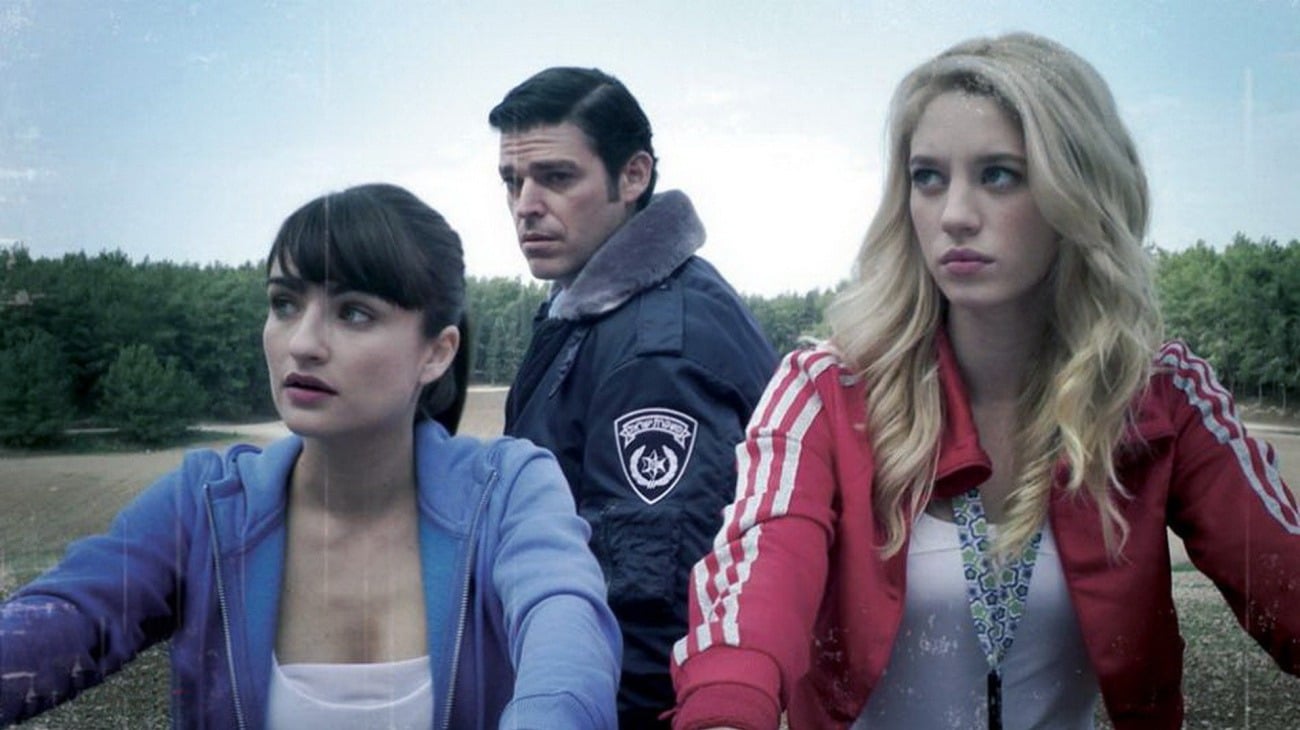 “Two roads diverged in a wood, and I, I took the one less traveled by, And that has made all the difference.”

A car filled with four young and lost tennis players; a brother and sister running from their rich family and a dark secret; a park ranger and his dog; two incompetent cops; and a would-be serial killer collide in the woods of an Israeli nature preserve. So far, it sounds like the ingredients of a typical slasher film, but when Kalevet, Israel’s first horror film, sidelines the serial killer in the first reel, it turns down the road not taken and becomes quite wonderful.

“Audiences in Israel want realism, and since Israel has never had a serial killer, we made our killer incompetent and impotent,” said co-director and co-writer Aharon Keshales while presenting his film at the Fantasia Film Festival in 2011. Making Israel’s first-ever horror film was a double-edged sword. On the one hand, since very few were willing to risk money on the unknown and many were convinced that Israeli audiences would never accept a local horror film, the budget was limited. “We shot the film guerrilla-style in 17 days,” said Kalevet‘s other writer and director, Navot Papushado.

We certainly don’t see evidence of Kalevet‘s low budget. While the film on-screen is proof of Aharon and Navot’s skill, they were also assisted by an excellent cast, made possible by the other edge of that double-edged sword: wide-spread curiosity about the first Israeli horror film. “We had our pick of the best actors from Israel for our film, the A-List,” said Navot. “They weren’t used to the physical acting that a horror film requires, so we had to coach them up, but they were excellent,” added Aharon.

The film’s subtext is so obvious that it sometimes threatens to overwhelm the film’s text. Israel is a society deeply divided and consumed by anger that simmers just below the surface, threatening to erupt at any moment. No wonder the film is named after the disease that we call in Quebec la rage! “We weren’t thinking of a biological virus, so much as the virus of humanity,” explained Aharon.

Without a native horror tradition from which to derive inspiration, Aharon and Navot took their cues from the World of exploitation cinema, going out of their way to cite Pasquale Festa Companile’s Hitch-Hike. “We were inspired by the idea that the killer David Hess is in many ways the least dangerous person in that film,” said Aharon. The two directors also pointed to South Korean cinema in general, especially how the best Korean films have scenes that give you emotional whiplash: going from comedy to tear-jerking drama to horrific action and back to comedy in one brief scene.

Mind you, even the most ambitious South Korean director would have paused before tackling a project with no less than eight major characters – each with their own satisfying character arc. (Especially impressive since it was a debut feature film.) “It was only when we got on location that we realized that we had fucked up,” admitted Aharon, “but we also edited the film, and we wrote the film with the edit in mind. That made everything possible.” Many films would get bogged down with that many characters to keep track of, but the editing of Kalevet is brisk and razor-sharp.

Kalevet is cruel in a way. The eight major characters start as archetypes, but their journey gives all eight a distinctive voice and a vivid personality. Most of its eight major characters have a moment of clarity, a moment of grace, something that very few characters in horror films are allowed, but that moment of grace invariably happens either as the character is already dying or just before their death. In a way, the only way to survive the film, besides falling back on the Wes Craven method, is to stubbornly refuse to be Enlightened.

About halfway through the film, one of the characters, lost and bewildered, shouts to the heavens, “How did we get here?” The strength of Kalevet is that the character could just as easily talking about being lost in the woods, the film’s plot, or her country. Each step when taken seemed logical, sane, and appropriate, but now looking back at a path strewn with blood and body parts, debris and tragedy; lost and trapped in a fetid stew of anger and alienation; surrounded by enemies and lacking any ability to communicate because we don’t know how to listen to voices and viewpoints that are not our own, all we can do is wail, “How did we get here?”

It is always a pleasure to find a new and distinctive voice in the world of cinema. It is especially rewarding when two new writers and directors like Aharon Keshales and Navot Papushado survey the road that we are on, realize that we are hurtling towards a dead end, and strike off in a completely new direction. We can only look forward to following them on the cinematic path less travelled by.

Monster Brawl Earns All Five of its Snowflakes