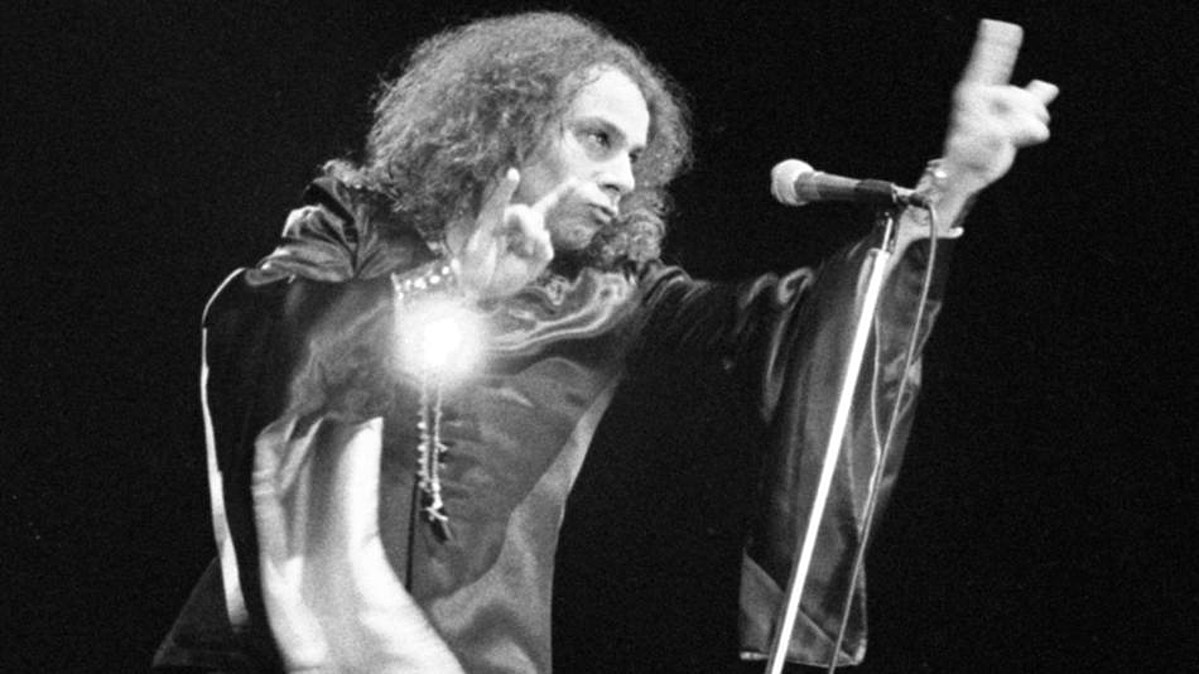 A legend in the heavy metal scene, having fronted iconic bands like Black Sabbath and Rainbow, as well as his own band Dio, Ronnie James Dio is a massive force that lived through one of heavy metal’s greatest periods. What becomes clear in DIO: Dreamers Never Die is that, amidst a music scene that was always-changing and rubbing elbows with rock stars who reveled in debauchery and drug-fuelled antics, Dio was a guiding light. A straight arrow whose passion for music and connecting with those who shared his interests inspired an entire generation of metalheads to pursue their dreams.

A career-spanning documentary that emphasizes the legacy of Ronnie James Dio, directors Don Argott and Damien Fenton chart the rise of one of heavy metal’s biggest icons. Executive produced by Wendy Dio, who has carried on Dio’s legacy since his unfortunate passing in 2010, there’s a great amount of insight into Ronnie James Dio as a force of nature as she helps contextualize Dio’s place in the history of metal.

However, as guiding as she may be, DIO: Dreamers Never Die is told in a chronological manner – refusing to step out of the timeline even when the film suggests relevant details worth exploring. Annotations on the screen remark on how the documentary will come back to certain points later – not because they matter more to the later stages of the film, but because they happen later. Rock documentaries like this can sometimes feel like they go on autopilot and this is no exception. Once it leaves some of the more interesting elements of Dio’s past before venturing into metal, it puts on cruise control and only occasionally spends significant time on portions of his career.

Talking heads and archive footage come together to present an image of its subject, and more often than not, it feels like the rose-tinted glasses are on when reflecting. DIO: Dreamers Never Die is the rare case where its subject is not rife with controversy and instead focuses on a man who somehow avoided the sex, drugs, and rock and roll of the 1980s. It’s a refreshing point of view into a scene that eventually became synonymous with hair metal bands, cocaine, and groupies. In the middle of it all was Ronnie James Dio and his undying passion for music.

That being said, Argott and Fenton’s documentary seems to only delve into positive elements of Dio’s life with fervor. It’s more representative of Dio as a person, but the film often mentions strife and moves onward from it, refusing to let any negative energy taint Dio’s legacy. Again, DIO: Dreamers Never Die is not the exception to the rule, especially when it comes to iconic artists who have since passed away. What makes this focus on the positive work is that it captures the spirit of its subject, persevering through hardship and inspiring others.

This ultimately bleeds into the jukebox documentary element of the film. Lyrics stylistically are scribbled onto the screen, as if they were being pulled from a notebook. “The world is full of Kings and Queens who blind your eyes and steal your dreams” is scrawled over archive footage, fondly recalling Dio’s immaculate ability to call forth images through his lyrics and still make them potent and catchy. A man who leaned into his niche for decades once he realized the potential, DIO: Dreamers Never Die is a reminder of Dio’s dedication to iconography that would become synonymous with heavy metal. Artwork and music fit perfectly together, mutually benefiting each other.

It’s unfortunate that DIO: Dreamers Never Die ever truly feels as special as its subject. It’s ultimately sterile and safe, refusing to truly contend with anything negative until it’s unavoidable. His death in 2010 takes up a decent portion and strengthens the documentary’s point of existence: to celebrate the legacy of someone who was a definitive element of heavy metal. You don’t talk about the genre in great detail without uttering his name, and it’s clear by the end of the film that there’s a reason for that. However, those with knowledge of the man already aren’t going to necessarily come out of DIO: Dreamers Never Die much wiser, but as a cursory overview of Dio’s career, it’s an absolute must for the unfamiliar.

The Blind Man Who Did Not Want to See Titanic is an Intense, Emotional Experience

Surrealism and Isolation Wash Over A Vanishing Fog