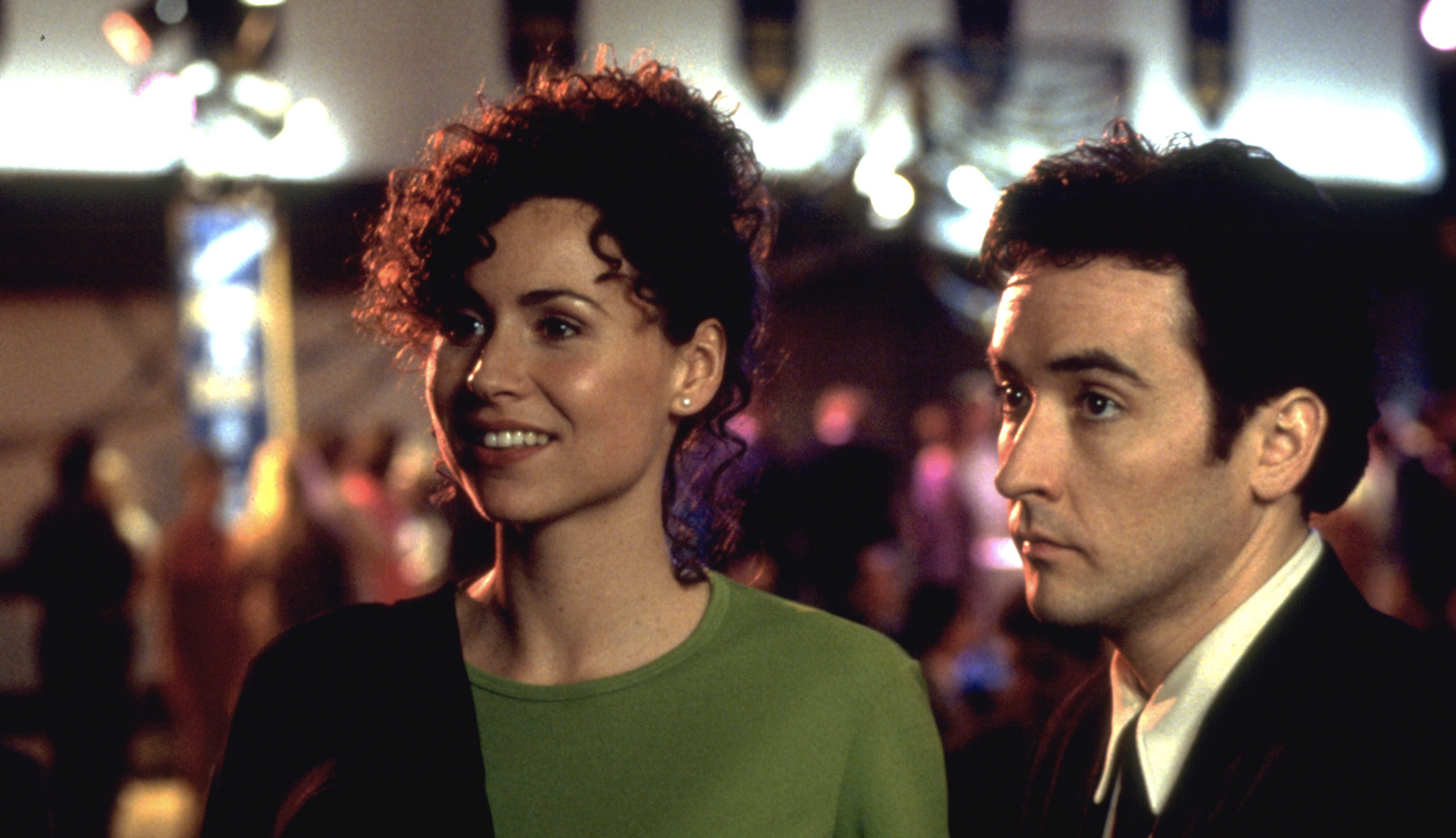 Between Grosse Pointe Blank in 1997 and The Whole Nine Yards in 2000, the time of the millennium was a new golden age for comedies about hitmen. Like most 1990s film trends, I think it traces back to Pulp Fiction, which had John Travolta and Samuel L. Jackson yukking it up about McDonald’s hamburgers and Amsterdam hash bars while on their way to off some people.

Grosse Pointe Blank, which turns 25 this week, is about as high concept as high concept gets: A hitman named Martin Q. Blank (John Cusack), who spent the previous decade killing people, goes back home for his ten-year high school reunion, including a long-awaited reunion with the old girlfriend who got away. Things are complicated, however, when he gets an assassination job near where the reunion is taking place.

The film was directed by George Armitage, adapted from a script credited to four people, one of whom was Cusack — more on that later.

Returning to his titular hometown, Martin reconnects with his old best friend (frequent Cusack crony Jeremy Piven) as well as the woman he left behind in high school (Minnie Driver), in order to join the Army, which led him to the CIA and eventually to freelance whacking. There is, perhaps unsurprisingly, a long climax set at the reunion itself.

The big joke in Grosse Pointe Blank is that it treats being a professional killer like it’s just another profession, one that’s gotten staid and corporate (“it’s a growth industry,” someone tells him when they hear what he does for a living.) When his best friend hears about Martin’s career, his first question is whether such a job requires postgraduate work. He’s even seen speaking to his therapist (Alan Arkin), in a dynamic that anticipated both The Sopranos and Analyze This by a couple of years. Barry, the HBO series with Bill Hader as a hitman, all but owes its existence to this film.

Would the movie work today? Some would probably call its premise callous, or have issues with the mostly-positive portrayal of a guy who kills for a living, at least sometimes at the behest of the CIA. However, Barry has ridden a similar premise to nearly universal acclaim.

Grosse Pointe Blank is a very funny film, featuring an outstanding top-to-bottom cast. Arriving in the middle of Cusack’s leading-man run in the late ’90s and early 2000s, Grosse Pointe Blank was produced when the actor was about 30 years old, and very much in leading man cool guy mode. The film arrived the same year as Con Air, and not long before Being John Malkovich and High Fidelity. The movie nails its natural tension, in that we shouldn’t like this guy — he is, after all, a remorseless serial murderer — but we do anyway because he’s played by John Cusack in his usual persona.

Driver meets him beat for beat, as a tough-broad type who has outstanding chemistry with Cusack; she would play the romantic lead role in an even bigger hit, Good Will Hunting, later the same year.

The saga of the film’s script is a whole other story. Tom Jankiewicz, a guy from outside the industry, appears to have come up with the original story, based it on his own high school reunion experiences, although the assassin part is fictional. Jankiewicz ended up sharing credit with Cusack, along with D.V. DeVincentis and Steve Pink, both of whom are credited on Cusack’s High Fidelity. Jankiewicz never wrote a produced script again, and in 2013, he collapsed while participating in a Q&A after a screening of Grosse Pointe Blank, passing away later that night.

Metal Lords is a Crowd-Pleasing Love Letter to Metal Music