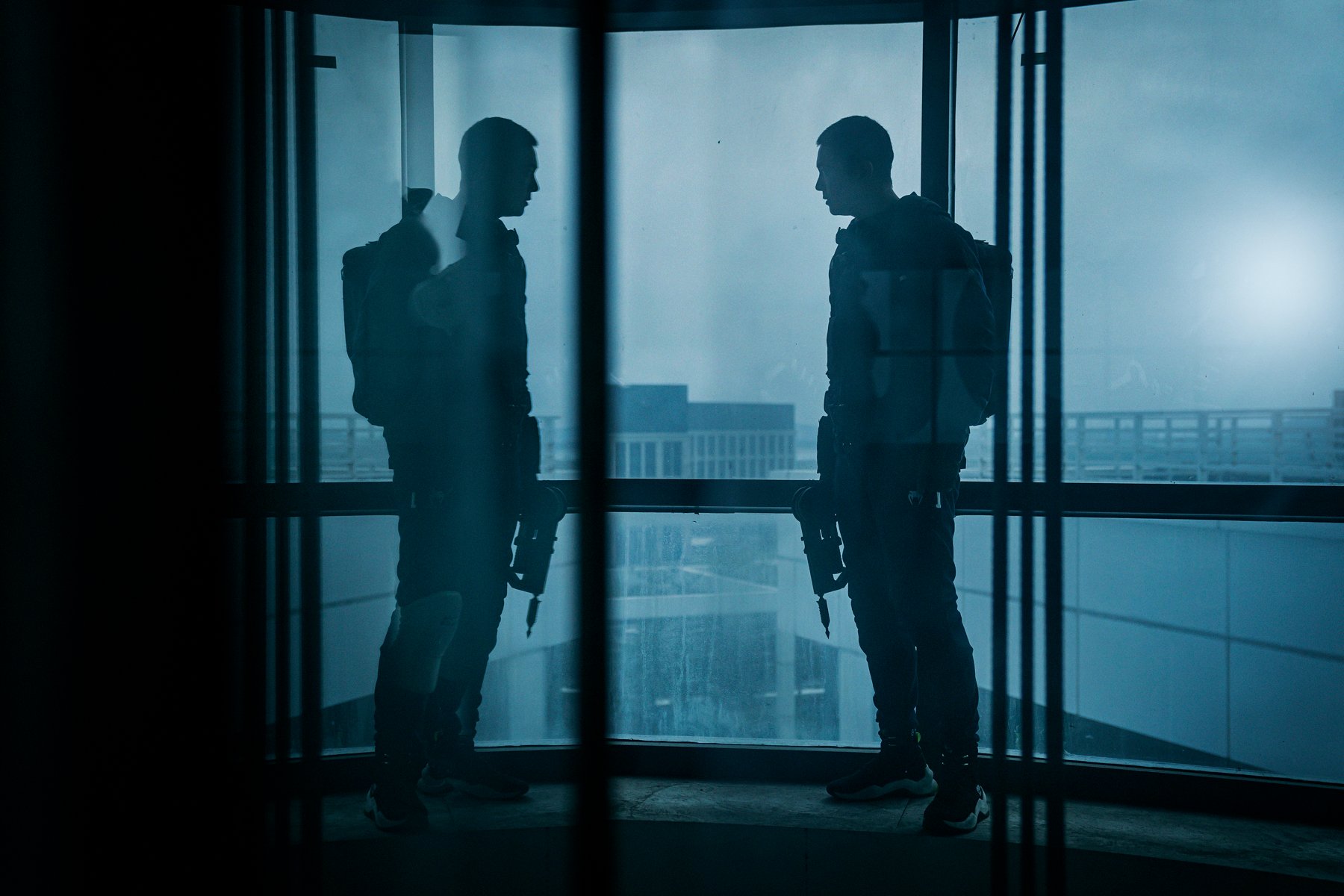 A relatively straightforward action movie that tries to be more complicated than it needs to be, Carter contains some of the best vehicular action from its rising director Jung Byung-gil (whose The Villainess was already a standout with action junkies). Which is the only relief found because whenever Carter attempts to be anything more than a vehicle for spectacle, it barely leaves a mark. With its influences innumerable and obvious, Jung’s latest film delivers some dizzying action amidst an undercooked, familiar story of espionage and backdoor politics mired in risky decisions that rarely work.

Waking up naked with no recollection of who he is and why there are a bunch of operatives pointing guns at his head, Carter (Joo Won) only knows one thing: a woman’s voice in his head keeps telling him he’s in danger and that his name is Carter. From there, he fights through wave after wave of US government agents trying to get closer to whatever his life was before his memory was wiped. It’s all a familiar set up dressed to the nines by Jung and co-writer Jung Byeong-sik, setting Carter’s protagonist in the middle of a global crisis where only he can save the world.

Carter is ostensibly a linear film, told in real time exclusively through its protagonist’s perspective and rarely straying from it. Both he and the audience are thrust into a world where South Korea has just been deemed a safe zone after an infection spreads that turns its victims rabid and destructive – not completely unlike a zombie, but never explicitly called one. Tensions are hot between North and South Korea as the former seems set to collapse at any point, though suspicions of government involvement from both sides have people wondering whether this entire infection was planned all along.

It’s all needlessly convoluted and whenever Carter attempts to slow down and explain it, it’s more of a headache than it’s worth. More of a headache than that though is the way the film looks and feels. It’s propulsive in the sense that the camera never stops moving and it isn’t until the final act that characters slow down too. Intending to present the illusion of the entire film being shot in a single take, the camera is often bumping up against people and walls as if it’s gone sentient and then stitching together an “invisible” cut to make it appear seamless. The Hardcore Henry-fication of what could be a good looking action movie, turns into a third-person video game with a story that just exists to push the characters from setpiece to setpiece.

When Jung has Carter on a motorcycle though, it’s almost always well done. Here he doubles down on the amount of mobility that was present in The Villainess. The camerawork is compelling in these sequences and there’s a good mix of hand-to-hand and dangerous driving that receives great coverage – the problem is that it never really looks good in motion. There’s style, for sure, but Carter’s biggest risk does not pay off and instead results in its downfall. A dizzying camera that never rests – just like its protagonist – there’s rarely a beat that stands out as compelling and while the action is clearly visible, it’s all shot in the same way as every other moment creating an exhausting aesthetic. The frequent digital effects do not help its case.

Carter is a hodgepodge of ideas and allusions that amalgamate into one tedious film that fakes its momentum by just not stopping. The acting is especially unhelpful when tied to storytelling that’s equally amateurish in its execution. For every generic piece of dialogue, there’s an equally boilerplate character to spew it. The film’s ability to move from setting to setting by never stopping in one place for too long only means there’s little time to develop any characters in a meaningful way. Good acting would have benefitted the film, but it’s more often a misfire.

Save for the motorcycle sequences that do have some inspired moments in them, Carter’s biggest problem is that it tries to do so much narratively without actually having anything to say. Its aesthetic choices don’t serve any purpose other than to place the audiences in the same dizzying mindset as its protagonist – a character who we never really know who he is because the film chooses to either be cryptic about it or destructive to any work done to the character.

Where it should not fumble but does is in its action, where Carter’s generally solid choreography is lost in non-stop camera movement that does not move with the action or the character. It appears to move of its own accord and reset its faux-single take execution whenever it falls too far off its axis. A homogenous-looking and exhausting spectacle, Carter does very little right in a film that seems more ambitious than it really is.

Everything You Always Wanted to Know About Sex But Were Afraid to Ask, Woody Allen’s Uneven Sex Farce, Turns 50