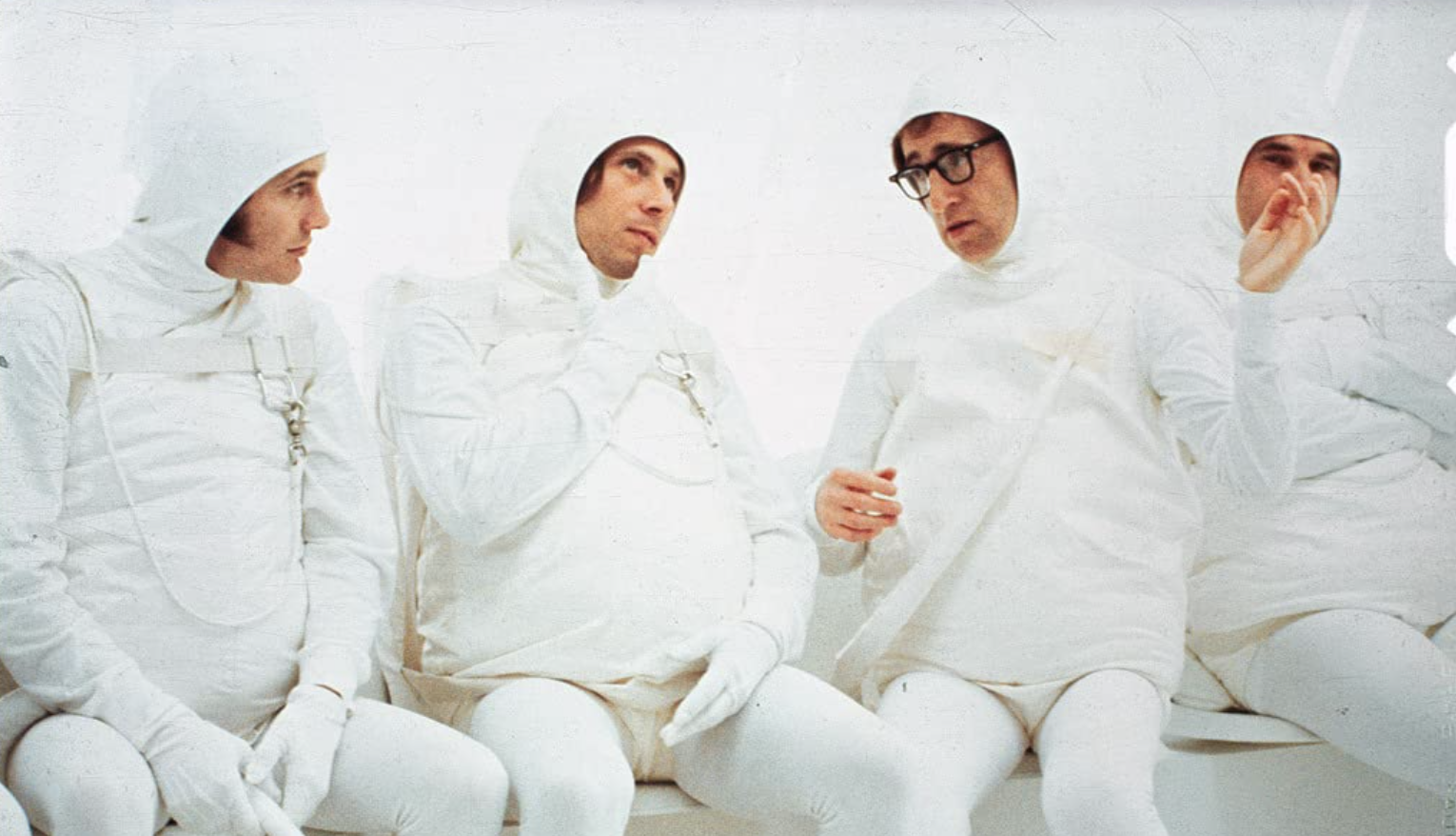 Released in 1972, Everything You Always Wanted to Know About Sex But Were Afraid to Ask was Woody Allen’s fourth film as director, sandwiched between Bananas and Sleeper.

It’s probably best known for the scene in which Allen himself dresses as a sperm, in a simulation of the ejaculation process, but in fact, that’s one of just seven segments in an anthology, based loosely on the nonfiction film of the same name, by David Reuben.

Of course, to enjoy the film you have to get past the knowledge of all that has come to light about Woody Allen, especially in a movie specifically about sex and various perversions. And yes, even back then Allen was constantly writing himself as the guy who got the girl.

As looked at 50 years after its release, Everything You Always Wanted to Know About Sex is quite uneven, with some of the segments considerably funnier than others. But the film is valuable as the sort of movie — an anthology, based on a popular nonfiction book — that’s all but disappeared. The wave of such films a decade ago, like the movie versions of What to Expect When You’re Expecting and He’s Just Not That Into You, weren’t nearly as daring.

In addition, the film came so early in Allen’s career that his established style was still coming into form. The credits to Everything You Always Wanted to Know About Sex didn’t even use EF Windsor Light Condensed, also known as “the Woody Allen font.”

The film gets off to a lackluster start with “Do Aphrodisiacs Work?,” starring Allen as a not-especially talented court jester who’s trying to get into the queen (Lynn Redgrave)’s pants (and, eventually, her chastity belt.) The jokes don’t work, nor do the Hamlet references.

The second segment, “What Is Sodomy?,” is much better, featuring the comedy legend Gene Wilder as a doctor meets a patient who admits he is in love with a sheep- and Wilder later falls for the sheep himself. A gross premise, absolutely, but a very funny one. Also, Wilder’s character is named “Dr. Doug Ross,” which was also George Clooney’s character’s name on ER, 25 years later.

Third from the top is “Why Do Some Women Have Trouble Reaching an Orgasm?,” one of the first of Allen’s homages to the work of his favorite filmmakers, this time Fellini. Allen, somewhat hilarious, plays Italian, as a man whose lover can only climax in public; early Allen muse Louise Lesser, in a blond wig, plays the wife.

The fourth segment, “Are Transvestites Homosexuals?”, may be the one that’s aged the worst. Lou Jacobi stars as a man who gets into dressing in women’s clothes. Sneaking out through a window, he has to keep up the charade in front of an increasingly large crowd. It’s pretty cringy now, especially when it ends with the man’s wife telling him to go get help, and he smilingly says he will.

Much better is the fifth segment, a black-and-white homage to 1950s game shows called “What Are Sex Perverts?” (the game show, hosted by actual host Jack Barry, is called “What’s My Perversion.”) One of the panelists is a very young Regis Philbin! It ends with a memorable sight gag involving a rabbi.

After that is “Are the Findings of Doctors and Clinics Who Do Sexual Research and Experiments Accurate?,” an homage to the work of Ed Wood and other schlocky horror movies of the 1950s. Allen plays a sex researcher, who ends up in a haunted house-type sex clinic with a young reporter (Heather MacRae) and a mad scientist (John Carradine) before things take a ludicrous turn. “What are we gonna do to stop this fiendish tit”?

And then, finally, came the sperm. In a bit that would pre-figure everything from Herman’s Head to Inside Out, the segment is set inside a man’s brain, as eventually, we see the control center of sperm, one of which is Allen. It’s the film’s most famous segment, and also the funniest.

The Kid with the Golden Arm is Big, Loud, and Fun!

Carter is an Exhausting Misfire