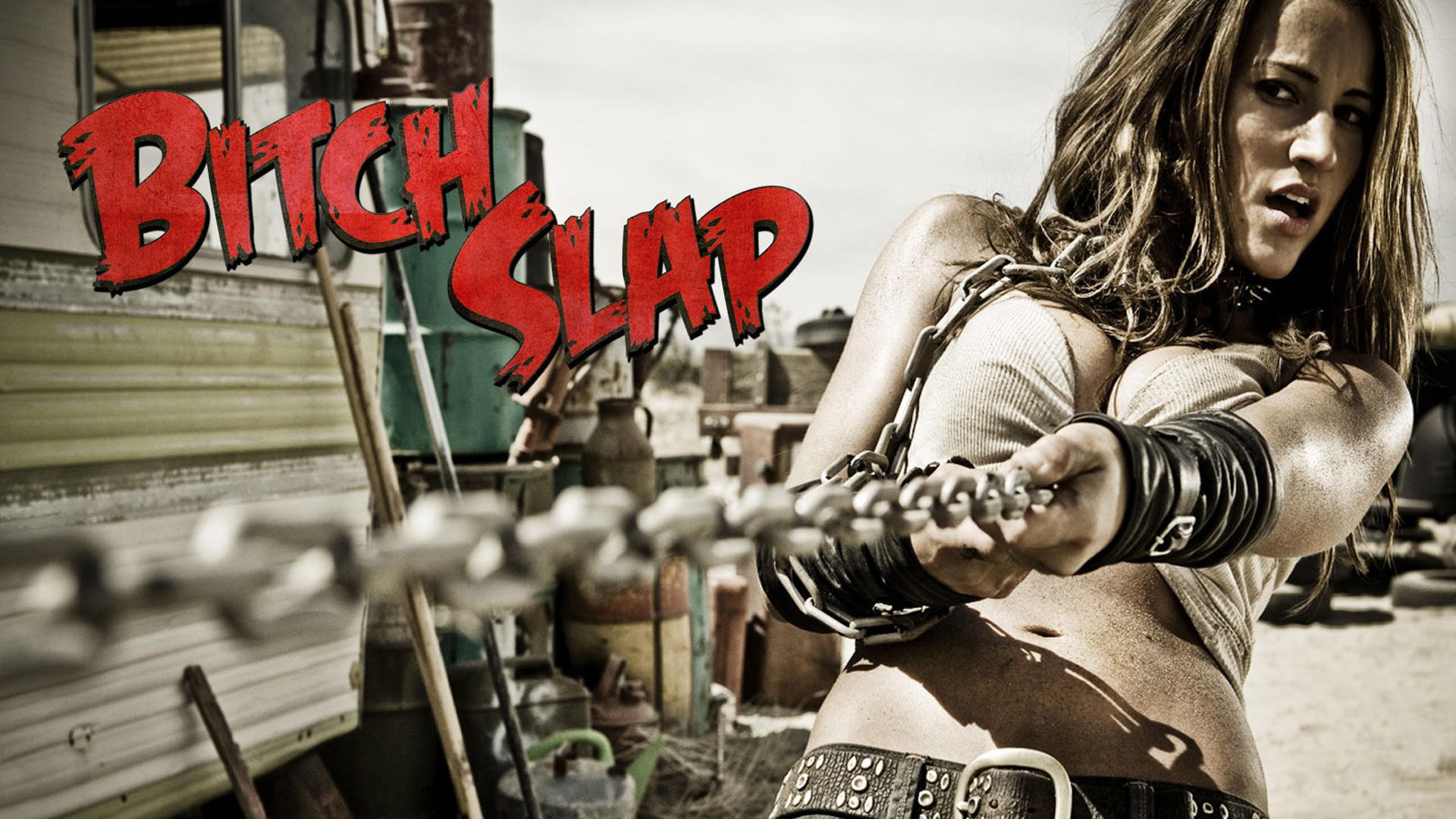 That tagline is one of the many brilliant marketing strategies accompanying Rick Jacobson’s exploitation throwback Bitch Slap. Complete with a trio of stunningly beautiful women who carry guns and kick ass, the film is designed to be a teen boy’s fantasy. Unfortunately, apart from the advertising, Bitch Slap is a complete waste of time for anyone who isn’t a fan of movies that look like video games or Uwe Boll’s daydreams.

Supposedly an unapologetic tribute to the golden era of exploitation, the film offers little outside of bad CGI and lengthy shots of women getting out of cars in slow motion. Every frame is crammed with as much T&A as possible, yet unlike the old Russ Meyer films it idolizes, Bitch Slap is far from sexy. Nor is it funny, and despite being a tribute to 70’s exploitation, it has zero nudity. Sure, we get spontaneous water fights and lesbian make-out sessions, but the film is a turn-off rather than a turn-on, making anybody with an average IQ or above feeling either dirty or bored.

These days, anyone with a camera and a Macbook can make a film on the cheap, and entirely too many people seem to believe they have the talent to produce their own low-budget exploitation opus. Bitch Slap is a prime example of this; films by people with money to burn and time to waste (more so, my time and my money, ultimately).

I can only imagine how embarrassed stunt-woman extraordinaire Zoe Bell, who has a cameo in the film, must have been after viewing Bitch Slap for the first time. The film also marks the first time Bell is credited as Stunt Coordinator, though I’m unsure what stunts the title refers to, other than an extended twenty-minute sequence of women punching each other in the face. Theoretically, modern technology should make it relatively simple to create a well-made, Russ Meyer/Jack Hill-inspired exploitation flick, but somehow director Jacobson fails miserably. The story is a muddled pastiche of action, the “best” effects are projected on an obvious green screen and the actors, who lack the slightest charisma, are emoting so hard with such ineffective results, you wonder if they will ever get work again.

Awful, unpleasant, void of any creativity, and just plain boring.