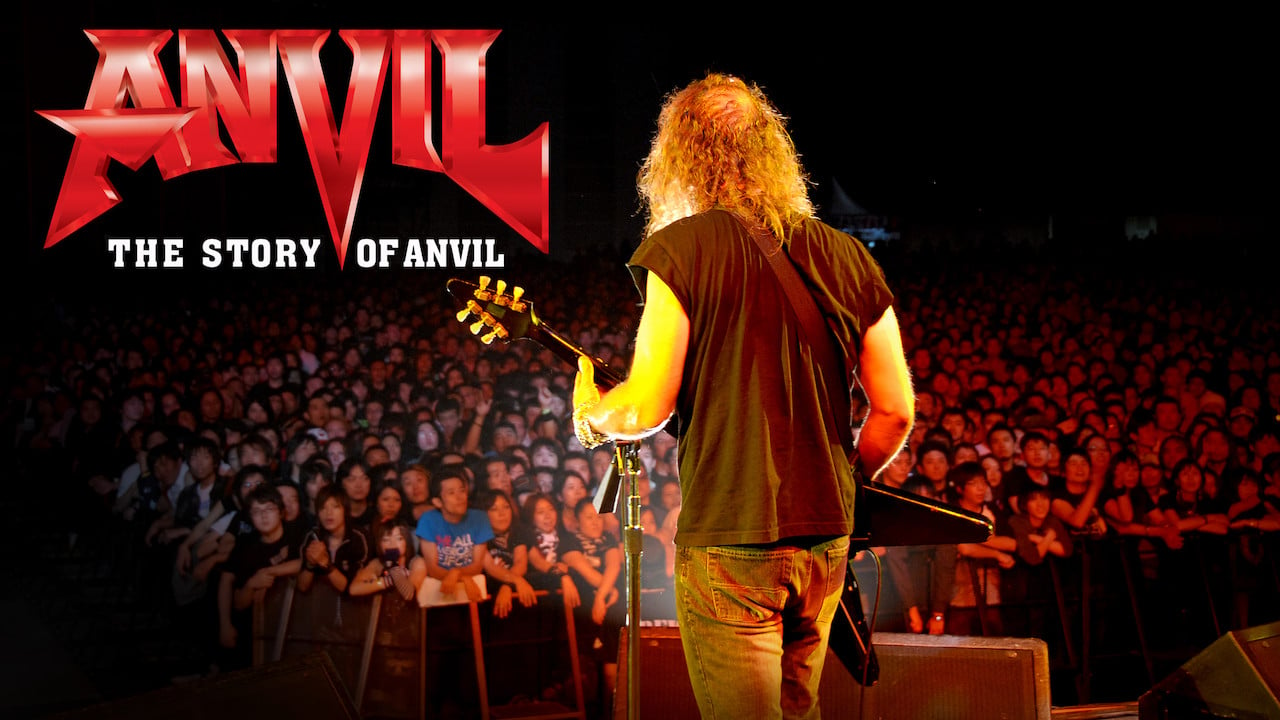 At fourteen, they made a pact to rock together forever. They meant it.

Whether you’re a heavy metal fan or not, you’ll appreciate Sacha Gervasi’s documentary Anvil! The Story of Anvil as it lays out the surprisingly inspiring story of the Canadian 80s metal band whose star failed to rise and how even after 30 years of disappointment, the two fearless friends who started it all maintain their never-say-die attitude.

Present day, and the crisp Canadian winter numbs a Toronto suburb where lead singer Steve Kudlow (a.k.a. Lips) and drummer Robb Reiner stand on the streets where they grew up, having met each other in their early teens. Both now partake in menial labour jobs, which Reiner describes as his “psychoactive therapy sessions,” jackhammering away on what looks like a home reno while Kudlow delivers food for Children’s Choice Catering. Reiner, the stoic introvert, spends his free time painting, while Kudlow, the eternal optimist, is a devoted family man who sees the world through a boyish naiveté.

The band embarks with new-found hope on a poorly-managed European tour that goes drastically wrong with shady club owners refusing to pay, missed trains, and long nights in airports. They arrive back after five weeks of sweat and frustration, unpaid and disillusioned. Boatloads of debt, internal fighting and last-ditch attempts at getting their latest album out to fans further the heart-wrenching portrait of the indie rock band and the crushing nature of time in such a youth-obsessed industry.

Reminiscent of Spinal Tap (directed by…Rob Reiner), this sentimental story is raw and unassuming as Gervasi, former roadie for the band takes a thoughtful look inside the lives of two headbangers who, determined and perhaps even delusional, never gave up on their dreams.

Watch Anvil! The Story of Anvil