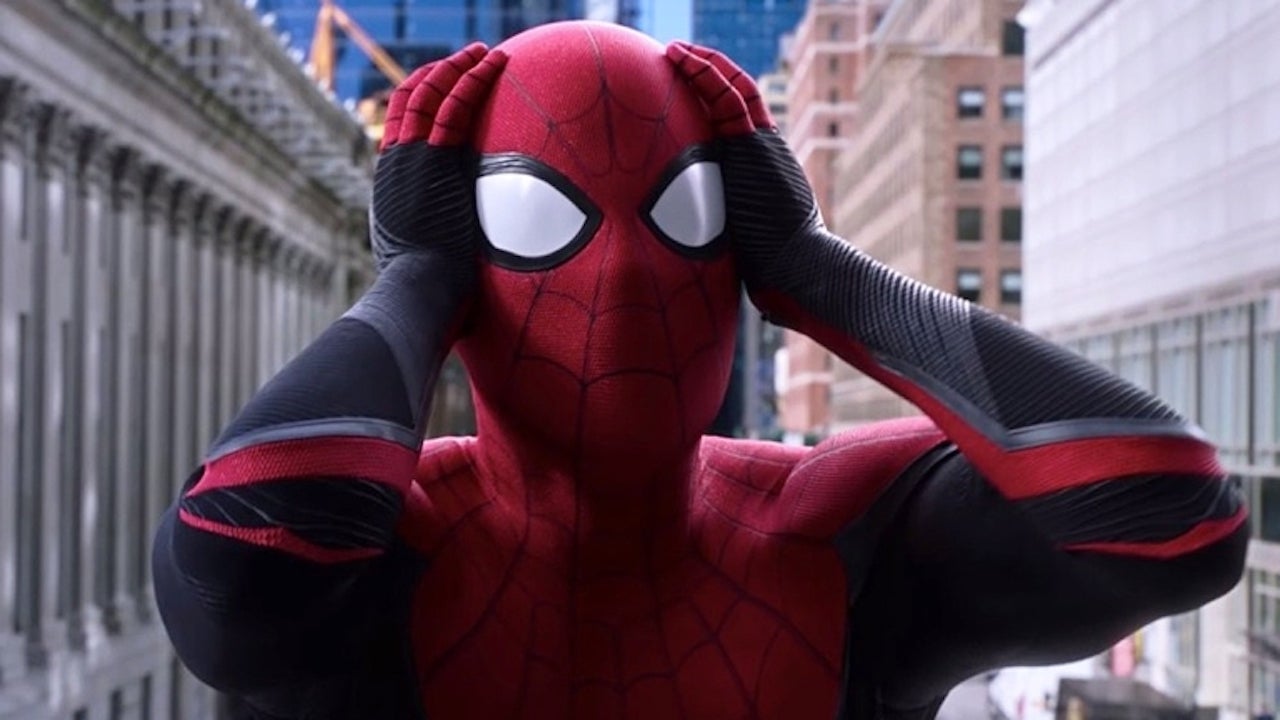 A Definitive Ranking of All the Spider-Man Movies

I’ve rewatched all the films so you don’t have to and I am proud to present the definitive ranking of the Spider-Man movies.

* This article contains spoilers for Spider-Man: No Way Home. *

With Spider-Man: No Way Home finally out in theatres, there’s a good chance you—like most fans—have been considering catching up on all the movies in the Spider-Man film cannon. But with almost 20 hours of footage, it can feel like a daunting challenge to undertake, especially if you’re pressed for time. So I rewatched all the Spider-man films so you don’t have to and I am proud to present the definitive ranking of the Spider-Man movies.

The third and final installment of Sam Raimi’s Spider-Man franchise, this movie is easily the worst of the bunch. The film follows Peter Parker (Tobey Maguire) as he struggles to—yet again—find a balance between being Spider-Man and being a good boyfriend to Mary Jane (Kirsten Dunst), all while navigating workplace woes and supervillains. The movie also introduces audiences to Eddie Brock (Topher Grace), one of the worst bad guys in film history, as well as Harry Osborn’s (James Franco) villainous New Goblin persona. We also get to see Peter Parker under the negative influence of a symbiote, which includes a surprising (and upsetting) amount of eyeliner, pelvic thrusting, and bad hair. With the exception of the Bully Maguire meme series, there was little that came from Spider-Man 3 that was enjoyable.

This movie is a lot of things, which is part of the reason fans had so many problems with it when it first hit theatres in 2014. The Amazing Spider-Man 2 follows Peter Parker (Andrew Garfield) as he tries to navigate his complicated relationship with the love of his life, Gwen Stacy (Emma Stone), while uncovering his father’s past. The film also tries to lay the foundations for the creation of the Sinister Six, with Peter going head-to-head with Rhino (Paul Giamatti), the Green Goblin (Dane DeHaan), and Electro (Jamie Foxx). Despite The Amazing Spider-Man 2‘s ambitions goals, the film was unable to accomplish most of them and was met with criticism so severe that the third film, which had originally been planned for the franchise, was never made. Despite its failings, the film showed great chemistry between Peter and Gwen and includes one of the most heartbreaking scenes to ever be featured in a Spider-Man movie to date.

There’s a lot to be said about Sam Raimi’s Spider-Man, namely that it helped get a whole new generation of moviegoers excited about Marvel comics and friendly neighbourhood Spider-Men. It was a fun movie that introduced us to Peter Parker and his complicated life reimagined for the big screen and followed a young man’s journey into what it means to be a hero and the sacrifices that come with it. Unfortunately, the movie was as problematic as it was good, with “high schoolers” who looked to be in their forties, uneven performances from the lead actors, pacing issues, and arguably too much of Raimi’s influence (we’re looking at you, Willem Dafoe’s Norman Osborn/Green Goblin). Although it helped lay some of the groundwork for other superhero movies to come, it doesn’t quite make the cut when it comes to the best movie on this list.

This might be a controversial opinion, but Marc Webb’s The Amazing Spider-Man really isn’t that bad. The movie got a lot of hate when it first came out, some of it justified (as we’ll talk about soon) but a lot of it not. The movie, much like Sam Raimi’s Spider-Man, follows Peter Parker’s (Andrew Garfield) foray into what it means to be a hero. He falls in love, loses his uncle, discovers his power, and stops a force for evil against overwhelming odds. Unfortunately, this movie suffers from pacing issues, an unoriginal storyline (which includes witnessing the death of Uncle Ben [Martin Sheen] again), and poor design when it comes to the villains (something that was also a problem in The Amazing Spider-Man 2). Despite criticism, Andrew Garfield made a really fun Spider-Man even if he wasn’t always the perfect Peter Parker; Sally Field was a kind and compassionate Aunt May who always put her nephew first; Emma Stone made a phenomenal Gwen Stacy.

The second installment of Jon Watts’ Spider-Man series, this film follows Peter Parker (Tom Holland) as he journeys across Europe on a science-based field trip with his classmates, including his best friend, Ned (Jacob Batalon), and his crush, MJ (Zendaya). Unfortunately for him, things never go as planned and Spider-Man is forced to forgo his summer vacation to help Nick Fury (Samuel L. Jackson) and a new “hero” named Mysterio (Jake Gyllenhaal) defeat evil, which takes an unexpected form. Spider-Man: Far from Home does a great job of establishing the romance between a young Peter and MJ, while also exploring the complicated and overwhelming feelings Peter has following the loss of Tony Stark (Robert Downey Jr.). Although this is the weakest of Watt’s Spider-Man films, it’s far from a bad one and has plenty of rewatch value (thanks in part to the gorgeous visual effects used for Mysterio’s optical illusions).

Let’s be honest, none of the Sam Raimi films are perfect—overacting, cliche storylines, and the inclusion of Tobey Maguire as an exceptionally high-strung Spider-Man—but Spider-Man 2 is a surprising amount of fun. The movie follows Peter Parker as he struggles to figure out who he is, desperately wanting to be normal but coming to the conclusion that he’ll always be Spider-Man. He also goes head-to-head with one of the best villains in the series, Doc Ock (Alfred Molina), who’s the living embodiment of good intentions gone wrong. While it still faces some of the same pitfalls the rest of the franchise faces, this one does a great job of having a villain who’s actually pretty scary and poses a serious threat to everything Peter Parker holds dear. While it may not be as good a movie as it was when it was released in 2004, Spider-Man 2 is still fun to watch fifteen years later.

Spider-Man: Homecoming marks Tom Holland’s first feature-length film as our favourite friendly neighbourhood Spider-Man and it’s no wonder why. The movie introduces us to Peter’s life as the newest not-quite-Avenger as he tries to impress Tony Stark while juggling school, the homecoming dance, and his secret identity. Oh, there’s also the tiny issue of him falling in love with Liz (Laura Harrier), who just so happens to be the daughter of his nemesis, the Vulture (Michael Keaton). The movie is a fresh take on Peter Parker’s origin story, with us skipping the classic death of Uncle Ben—he’s dead before the movie even starts—and, instead, focusing on a teenager’s clumsy journey to adulthood when everyone is telling him to stay a kid.

2. Spider-Man: Into the Spider-Verse (2018)
Directed by Peter Ramsey, Bob Persichetti, and Rodney Rothman

Of all the Spider-Man origin stories we’ve gotten over the last (almost) twenty years, this is arguably the best of them. Spider-Man: Into the Spider-Verse follows the story of Miles Morales (Shameik Moore) following an unfortunate bite he suffers while spraypainting a mural with his uncle, Aaron (Mahershala Ali). As he learns to control his new powers, a collider built by Doc Ock (Kathryn Hahn) with the funding of Wilson Fisk (Liev Schreiber) brings a group of spider-people from their universe to Miles’ and it’s up to all of them to stop the collider before the displaced Spider-Men die and reality collapses. In addition to being a great origin film for Miles, the movie is hilarious, visually stunning, and has a soundtrack that can’t be beaten. And given how amazing this film was, we can’t wait for the sequel, Spider-Man: Across the Spider-Verse – Part One, hitting theatres in 2022.

If you haven’t seen Spider-Man: No Way Home, then we’d strongly suggest you bookmark this page for later and run down to the cinema immediately. The film picks up where Spider-Man: Far from Home ends: with the world discovering that Peter Parker is Spider-Man. After a spell by Doctor Strange (Benedict Cumberbatch) goes wrong, villains from other dimensions, as well as Spider-Men, begin to arrive and wreak havoc on New York. The movie marks the perfect ending to Jon Watts’ trilogy, where we see Peter first learn how to be Spider-Man, then understand what it means to be a hero, and finally what the price of heroism costs. In addition to getting Holland’s best performance to date, we’re also given some terrifying reimaginings of classic Spider-Man villains, like Willem Dafoe’s Green Goblin and Alfred Molina’s Doc Ock, a beautiful moment of redemption for Andrew Garfield’s Peter Parker, and one of the most heartbreaking moments in the MCU with May (Marisa Tomei).