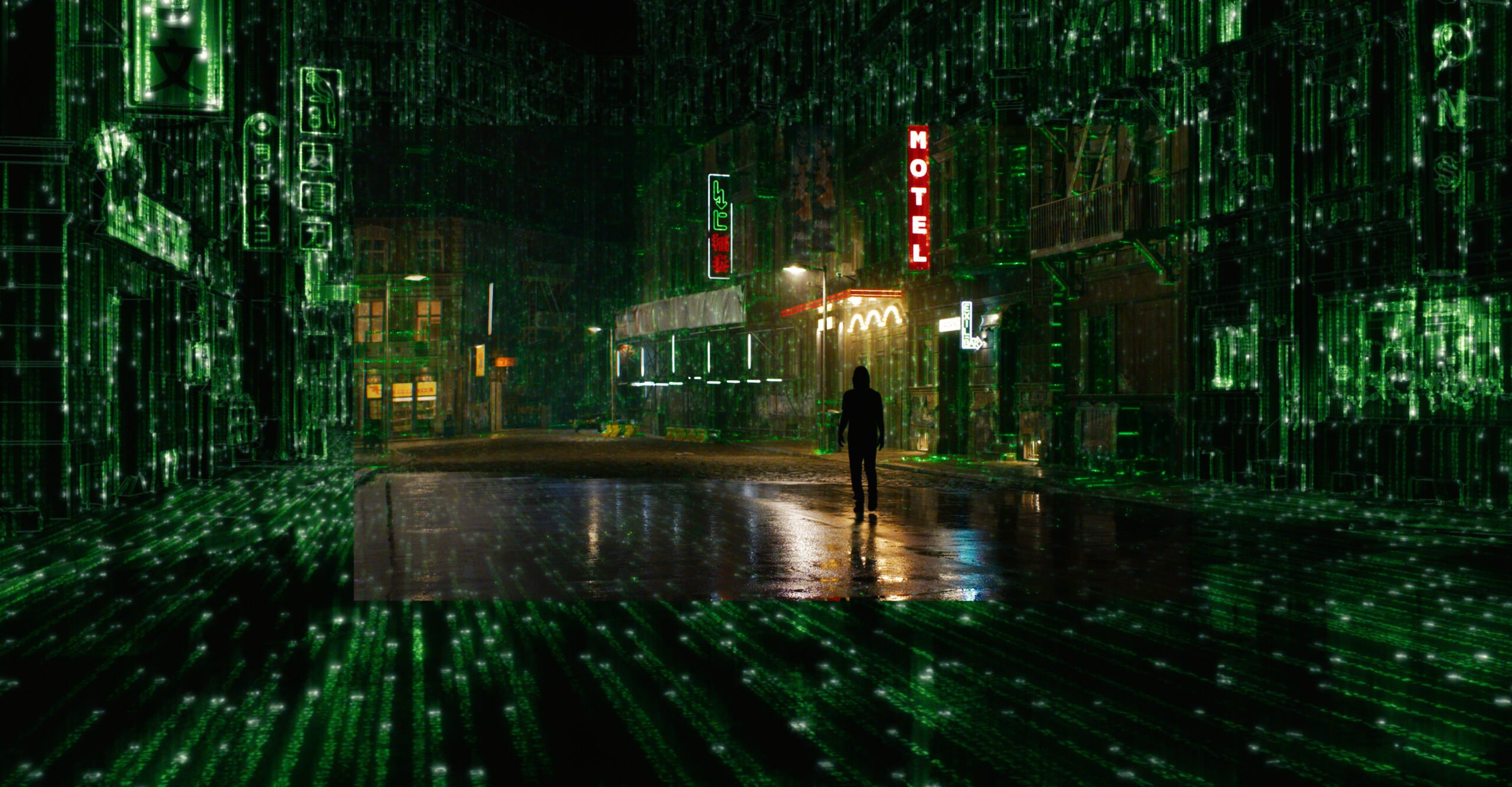 The Matrix Resurrections is Exhilarating!

The Wachowskis’ The Matrix, which arrived in 1999, was simultaneously one of the coolest movies of the 1990s, and one of the most influential. It featured revolutionary special effects, a career-redefining performance from Keanu Reeves, and a general air of mistrust of government and technology that’s aged better than anything else in the movie. The film came out a few months before the long-awaited Star Wars: Episode I — The Phantom Menace, and blew it out of the water.

A pair of sequels followed, both in 2003, that left many audiences dumbfounded, although The Matrix Reloaded and The Matrix Revolutions both have their share of fans, defenders, and apologists.

The Matrix has had something of a fascinating afterlife since then, as laid out by Emily VanDerWerff in an excellent piece for Vox this week. The two directors, now known as Lana and Lilly Wachowski, have both come out as transgender women in the years since the first Matrix movies, leading to a lot of speculation of just how much of an allegory about transgenderism the original films were.

Meanwhile, the film’s notion of the “red pill” and “blue pill” has been co-opted by alt-right sexists and racists. If you’re wondering what the filmmakers think of that, Lilly Wachowski made that clear in 2020 with one of the best tweets of all time.

The other big development in recent years is that Keanu Reeves, an actor whose viability as a movie star was very much in question leading up to the original Matrix, has emerged as one of the world’s most universally beloved celebrities, and a man regarded by filmgoers from all walks of life as an unassailable great dude.

And now, we have a third Matrix sequel, The Matrix Resurrections, which lands in theaters and on HBO Max Wednesday. It’s directed by Lana Wachowski alone, from a script she wrote with David Mitchell and Aleksandar Hemon. The film succeeds in bringing the Matrix mythology into the present-day world, and while it’s not nearly as revolutionary from a storytelling or filmmaking standpoint as the first film, it’s clearly better than either of the earlier sequels and also superior to everything the Wachowskis have done since the original Matrix.

The Matrix Revolutions ended not with the final defeat or destruction of the Matrix, but rather with the humans and machines reaching an uneasy peace. As the new movie begins, Neo is once again in the Matrix-projected world, under his original name of Thomas Anderson, where he works as a software developer and actually developed a mega-successful game that was based, subconsciously, on his experiences as Neo. In the “real world,” Reeves looks the way he looks as John Wick: Beard, and longer hair.

Neo, because he’s repeatedly given blue pills by a psychiatrist (Neil Patrick Harris), doesn’t consciously remember those experiences, but he does know something is off. He and Trinity (Carrie-Ann Moss) also don’t remember one another, and after Spider-man: No Way Home, Resurrections provides the second scene in two weeks that recalls the ending of Eternal Sunshine of the Spotless Mind, in which two people whose memories of each other have been magically erased nevertheless find chemistry with one another.

While the original movies mostly used Chicago as the location for the “real world,” the new film uses San Francisco, which is mostly a good decision. We even briefly see Neo eating at House of Nanking in North Beach, across the street from Francis Ford Coppola’s American Zoetrope building.

Eventually, of course, Anderson/Neo finds his way back to the resistance, with some help from Morpheus (now played by Yahya Abdul-Mateen II, stepping in for Laurence Fishburne; Hugo Weaving also does not return.) We meet some new characters in the “real world,” with Jessica Henwick’s Bugs especially making an impression, as well as some other previously known characters, sometimes played by the same actors, and others by new ones (I won’t give away those particular surprises.)

Ultimately, most of it works. The action in The Matrix Resurrections is well-mounted, and the characters being 20 years older is never much of an issue. The look is a bit different than in the earlier movies, and while the effects aren’t exactly groundbreaking the way they were back in 1999, it’s an absolutely gorgeous film to look at.

Reeves anchors the movie capably, and that Carrie-Anne Moss hasn’t been making movies all these years seems a particular indictment of Hollywood sexism and ageism. And Jonathan Groff, a stage actor and veteran of Glee who usually appears in musicals, gives a dynamite performance as a villain, one that comes out of nowhere.

The writing gets very meta and self-referential, which seems a little bit too cute at first, although the conceit ultimately settles in nicely. And the film sticks the landing, something that neither sequel quite did.

I wasn’t sure the world needed a fourth Matrix movie, but the return to this material is ultimately a successful one.

The Unforgivable is a Bleak and Shallow Waste of Its Talent

A Definitive Ranking of All the Spider-Man Movies