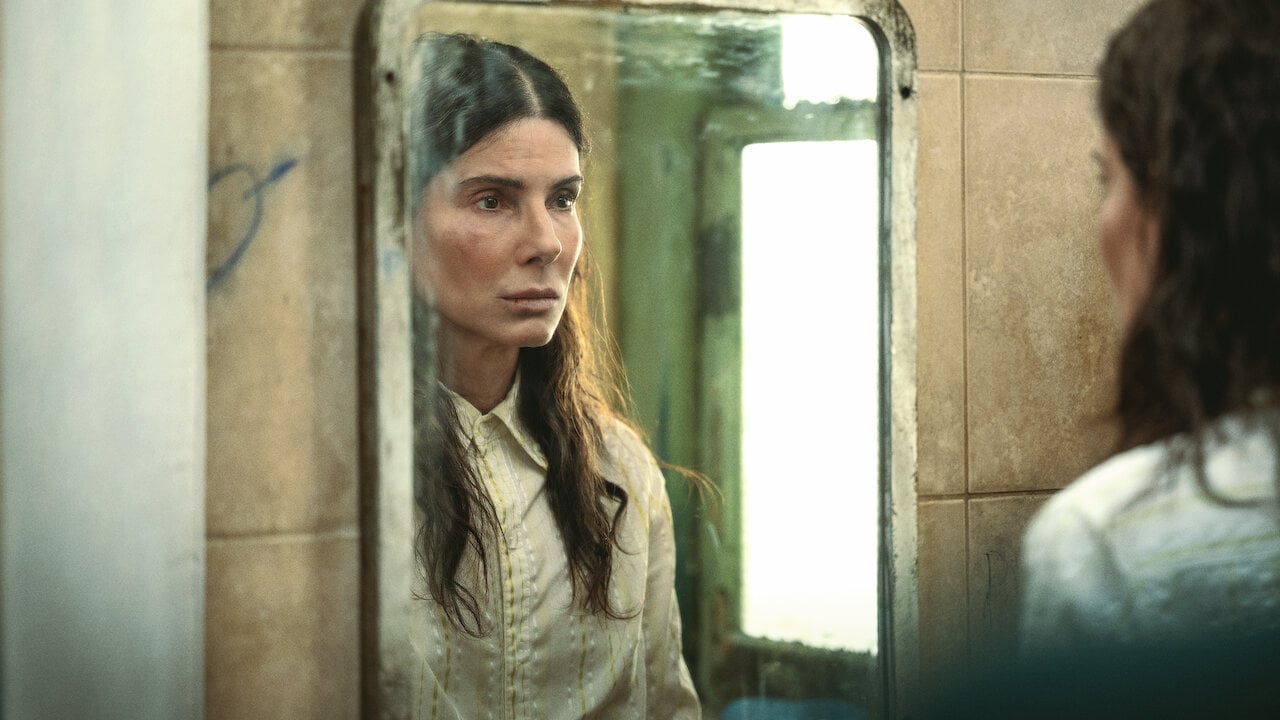 Somehow intricate and yet feeling like nothing is truly fleshed out, The Unforgivable is a surprisingly drab and lifeless film despite casting the always charismatic Sandra Bullock as its lead. Perhaps it’s the decision for Bullock to embody someone turned inward and whose only source of emotion stems from her character’s lack of relationship with her little sister that makes everything in The Unforgivable feel miserable. More likely though is that Nora Fingscheidt’s latest film feels less like a nuanced portrait of an ex-convict forced to live life metaphorically behind bars after imprisonment and more as a broad commentary on the walls society builds and reinforces around those it exiles.

The misery that permeates throughout The Unforgivable feels haphazardly explored despite being everpresent. The entirety of Fingscheidt’s film is intentionally bleak, keeping its main character, Ruth Slater (Bullock), in dilapidated buildings and less-than-favorable situations. As an ex-convict recently released from prison for murdering a police officer, she knows not to expect a red carpet rollout. A film mired in darkness, the only literal brightness is when Ruth’s parole officer (Rob Morgan) gets her to meet him at a park by the water. Luscious green landscapes and blue water surrounds them just as Ruth finds herself going further and further into the darkness.

Despite the constant reminders from everyone around her that she is a “cop killer”, Ruth still holds onto one hope: that she may see her little sister, Katherine (Aisling Franciosi), again. Adopted by a new family after the traumatic incident that put Ruth in prison, Katherine has been suffering from PTSD of an event that she doesn’t remember – and isn’t even aware of her life or family from before being adopted.

The audience itself is kept similarly in the dark as the film splices in brief flashbacks of the last day Ruth and Katherine had together before being separated. The Unforgivable is another one of those films where people get close to people and instead of telling them the truth, they tell them just enough to create conflict. There’s more to Ruth’s story than initially appears, but Ruth puts up walls around herself and acts illogically until finally the film needs an emotional beat – and then it wraps itself up quickly with a climax that the film barely seems interested in.

In fact, it’s difficult to say what The Unforgivable wants to focus on besides the difficulties of readjusting to normal life after prison. There is a hopelessness throughout that is rarely broken, but almost to the point of exhaustion. Bullock does well enough with the material she’s given but it’s a wallowing performance that is hardly captivating, but most of the other talent surrounding her are equally dealt poor hands from Viola Davis to Jon Bernthal to Vincent D’onofrio. There’s just little nuance to their characters and any time the film attempts to provide some commentary on injustices and prejudices, the performances suffer by being wooden puppets forcing out generic talking points.

The Unforgivable isn’t all bad though. Despite how broad its strokes are, there is a portrait of a person trapped by one decision they made that ends up feeling realized enough. It’s just not told in a compelling manner, so much so that it has to throw in a boilerplate revenge plot and frequently have its characters make incongruous decisions that will provide some friction. Perhaps somewhere along the line this adaptation of the miniseries of the same name had a firmer grasp on its tone, but the final product is a muddled, dire film that feels chopped to pieces.

The Best Documentaries of 2021