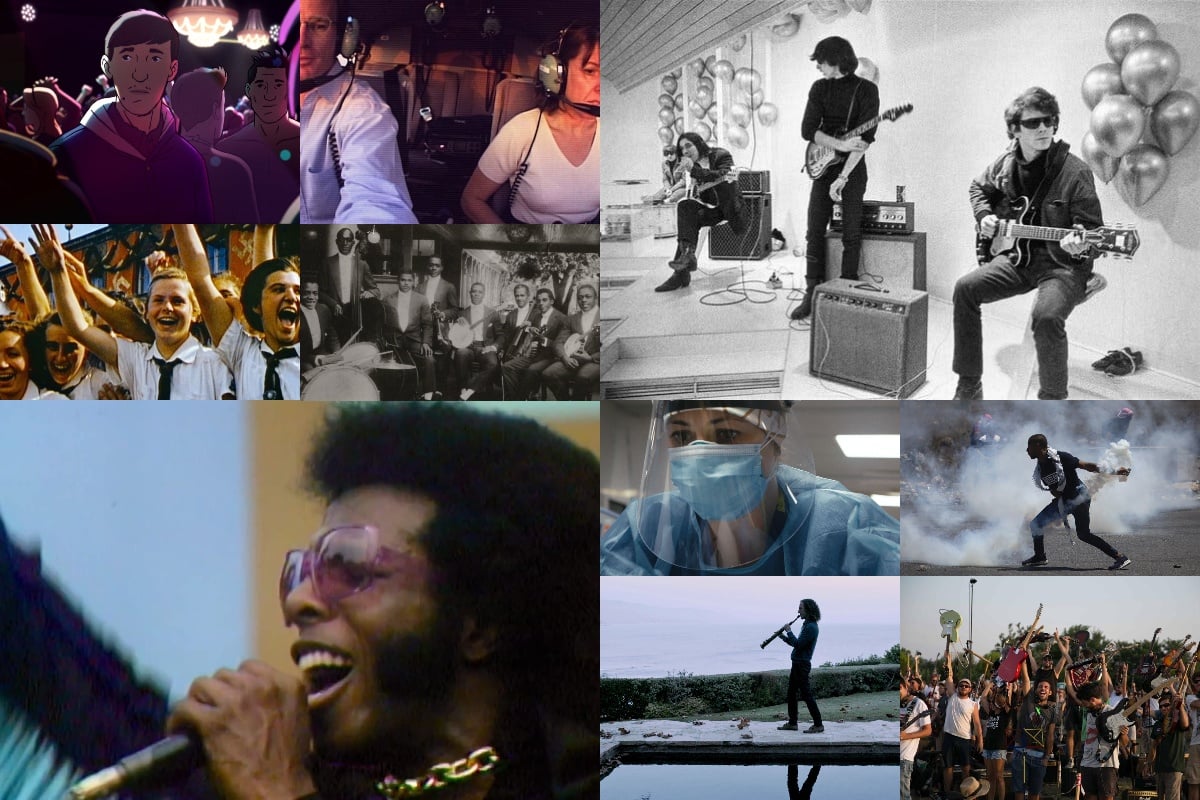 The recent re-ordering of the movie distribution business, brought about by the pandemic and the rise of streaming services, hasn’t entirely been great for film culture. But they have been outstanding for documentaries. Every service is funding and distributing them, and every film festival, whether virtually or in person, is showing many of them.

The main topics of documentaries this year were, perhaps unsurprisingly, the COVID-19 pandemic itself, along with various aspects of racism, the criminal justice system, Nazis old and new, geopolitics during and after the Trump era, and sports. But several of the best docs of the year were about something else entirely: Music. Here are some of the best of them:

1. Summer Of Soul (…Or, When The Revolution Could Not Be Televised.)

The opening film at Sundance in January, Questlove’s directorial debut was the first major film of the year, and there wasn’t a better documentary for the next 12 months. Restoring footage of the 1969 Harlem Cultural Festival that was buried for five decades, the film is a joyful musical celebration that makes a convincing case that those concerts should have been as much a part of the cultural firmament as Woodstock was.

This Danish film, from Jonas Poher Rasmussen, is a triple threat- it’s animated, in a foreign language, and a documentary. Using dream-like animation reminiscent of Waltz With Bashir, the film features its protagonist telling the amazing story of how he left Afghanistan.

There were many outstanding docs that arrived as part of HBO’s new Music Box series, and the best of them all was Penny Lane’s look at the famed pop saxophonist, a man beloved by a devoted fan base but also hated by many, many others, including jazz critics and other musicians. This scrupulously fair accounting shows you that Kenny is more interesting than you probably thought, even if it doesn’t quite make the case for his musical brilliance.

Todd Haynes’ look at the seminal 1960s rock group goes beyond the usual music documentary template, using plentiful archival footage and interviews as part of a dreamlike pastiche- all of soundtracked, essentially wall to wall, with the group’s music.

If you’re the sort of person who didn’t hear of the 1921 Tulsa Race Massacre for the first time until it was featured on Watchmen two years ago, this documentary from director  Salima Koroma is a useful corrective. Produced by Lebron James, it provides a heartbreaking story of what happened in that massacre, and how its events reverberate in Tulsa today.

6. We Are the Thousand

This SXSW debut told the story of the Rockin’ 1,000, a group of hundreds of music enthusiasts who get together and perform songs together in a field in Italy. Their rendition of The Foo Fighters’ “Learn to Fly” went viral a few years ago, and this film looks at how they came together, as well as their years-long quest to meet Dave Grohl.

A truly special documentary about family, journalism and toxic masculinity, director Matt Yoka’s film tells the story of the man then known as Bob Tur who, along with his wife Marika Gerrard, essentially invented modern news helicoptering. It got them major scoops, including during the L.A. riots and the O.J. Simpson chase, but the success and stress turned Tur into a huge jerk and destroyed both their business and family. The film managed to secure the participation of both halves of this formerly married couple, including Tur, who has since transitioned to Zoey Tur.

Directed by Luke Holland, who died shortly after the film was completed, this film looks at a group of Nazi-era SS functionaries and raises chilling questions about accountability, complexity, and the sad legacies of the past.

You’ve probably heard all there is to hear about the Israeli-Palestinian conflict, but this one finds a unique way in: Directed by Ra’anan Alexandrowicz, it features a series of interviews with an American college student, as she’s shown footage of atrocities from the conflict and gives her real-time reactions. It’s a much better window into how people think about this conflict than anything you’ve ever seen on social media about it.

Quite a few 2021 documentaries dealt with the pandemic, but this one from director Matthew Heineman was more daring than most: It followed the opening months of the pandemic in New York City, and a hospital that treated patients. Not an easy watch by any means, but still a harrowing one.

Scrooged Will Move You in Odd and Hysterical Ways

The Unforgivable is a Bleak and Shallow Waste of Its Talent