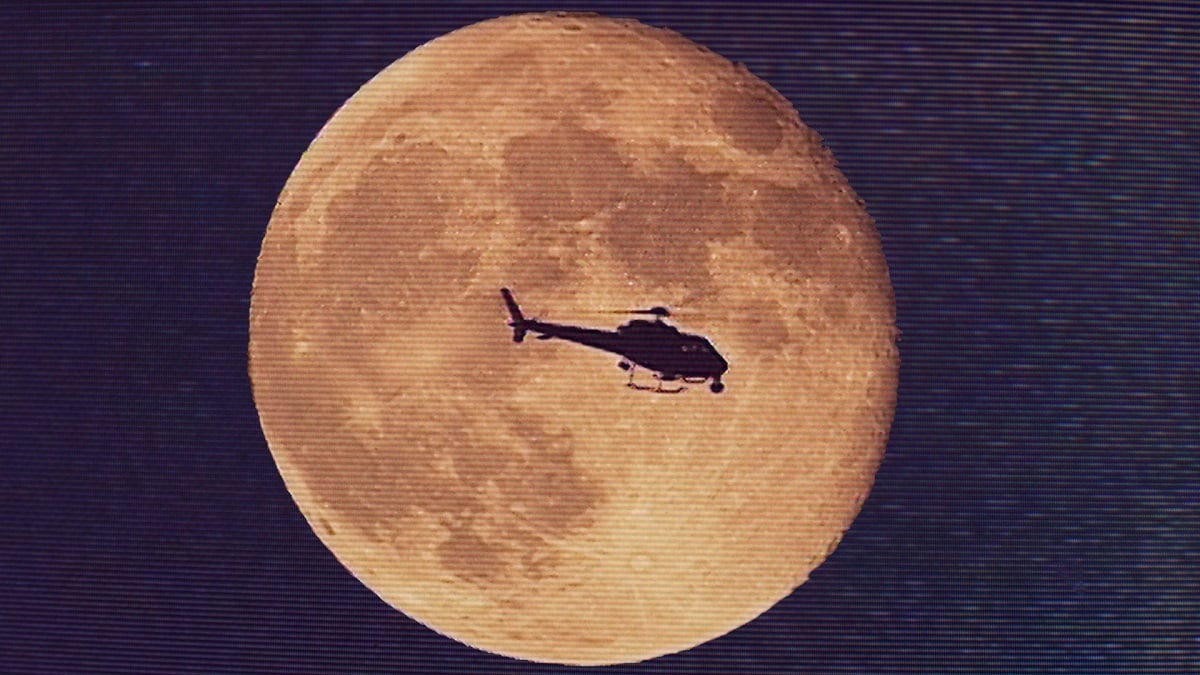 The new documentary Whirlybird does several different things and does all of them wonderfully.

It’s a study of the city of Los Angeles in the 1980s and ’90s, include in-depth examinations of such memorable events as the L.A. riots and the O.J. Simpson Bronco chase. It’s also a look at the changes in local newsgathering at the time and the rise of helicopters for breaking news.

Beyond that, it’s a study of the marriage between two pioneers in that world, and the dissolution of that marriage. And it’s also the story of a prominent person’s gender tradition- and the notable toxicity that that person sees in their pre-transition self.

Whirlybird is one of the year’s best documentaries, but also one of the darkest and saddest.

Directed by Matt Yoka, Whirlybird debuted at Sundance all the way back in 2020 and is finally seeing a theatrical release in a handful of cities, and a concurrent streaming release on August 6.

Whirlybird is the story of Marika Gerrard and the former Bob Tur, who went through a gender transition in 2013 and is now known as Zoey Tur. The couple divorced in 2003.

The two, who are the parents of MSNBC anchor Katy Tur, founded the Los Angeles News Service and pioneered the use of helicopters for breaking news footage in Los Angeles in the 1980s. Part journalists, part daredevils, Tur piloted the helicopter while Gerrard operated the camera.

The news choppers, used these days in almost every major city, covering breaking news stories, mostly involving high-speed chases and crime, and the way the couple did it revolutionized local news in the United States. And since they were first on the scene both for the Reginald Denny beating during the 1992 L.A. riots and the Simpson Bronco chase two years later, almost everyone reading this review has seen the Turs’ work.

Whirlybird features massive amounts of fascinating archival footage, both of the news events themselves and of the behind-the-scenes events, as well as home movies. The filmmaker not only got permission to include all of that but was able to secure the interview participation of both halves of a formerly married couple who, by all indications, no longer speak to each other. Katy Tur is also interviewed, as is Lawrence Welk III, the grandson of the famous bandleader who later became a pilot and Tur protege.

The documentary does use Zoey Tur’s former male name and male pronouns in the older footage, although there’s really no way around that when so much of it contains footage of Tur pre-transition. But there’s also much discussion, from both former spouses, of the torment that Zoey was going through in those days- which manifested itself in not-very-good ways.

Repeatedly, in the old footage, we hear Tur berating Gerrard and their employees, and Zoey says at one point that her pre-transition itself was a huge asshole, one who regularly alienated family and colleagues alike. There’s even one scene, which begins with Tur wistfully narrating the Los Angeles News Service’s final flight, before the pilot repeatedly departing from the prepared script to snap at Gerrard. Later, Zoey Tur admits that she was once suicidal- and acknowledges that she has been pushed away from her family – more because of the asshole part than the transition part.

Whirlybird won’t be seen this weekend by nearly as many people as The Suicide Squad, much less The Green Knight or even Old. But’s an illuminating and sad look at how a family created a journalistic art form, and later fell apart.

The Suicide Squad, Surprisingly, is a Nearly Total Triumph