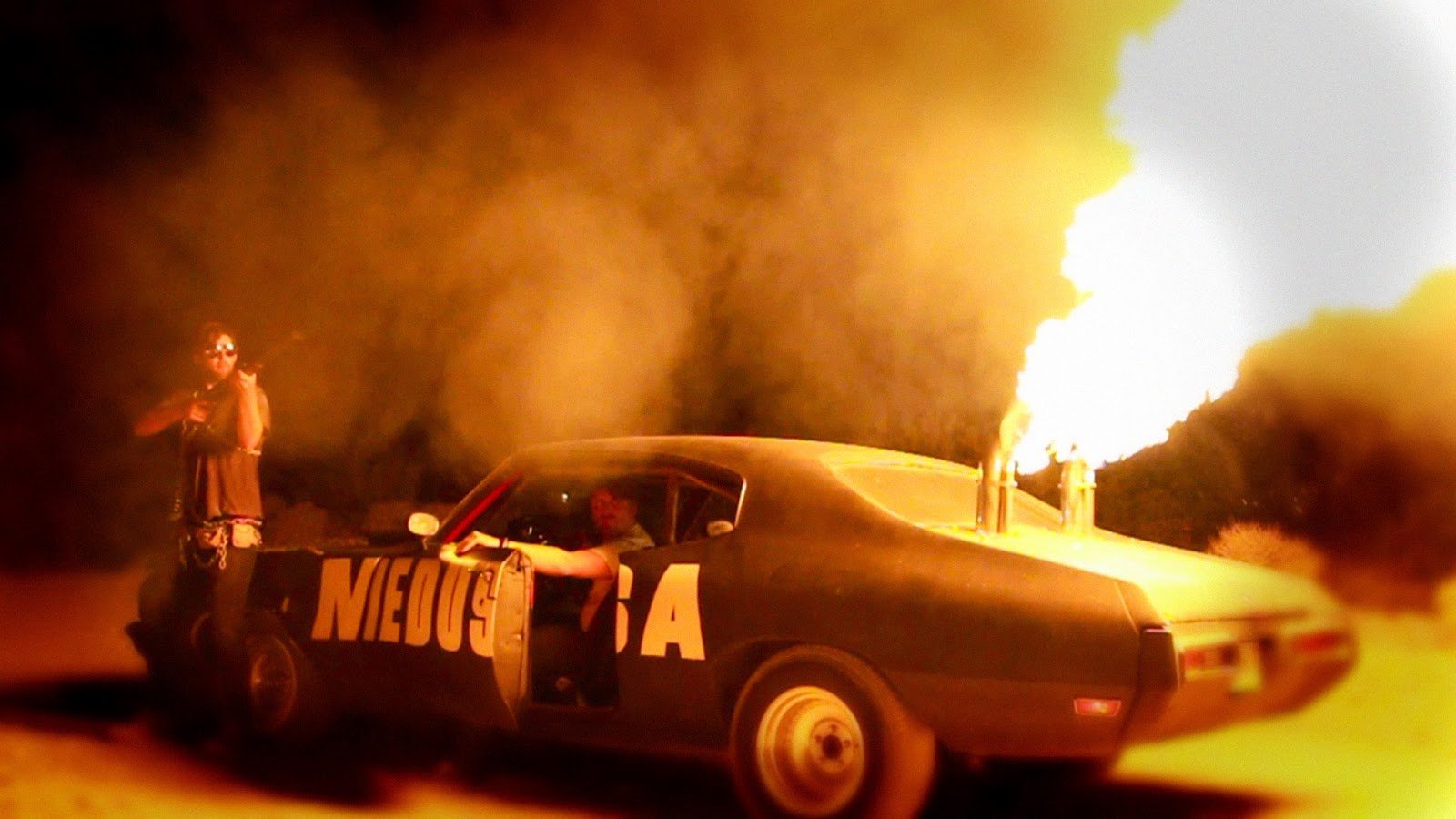 Bellflower is one of the ballsiest, hippest and potentially off-putting movies of the past decade. It’s the best sort of experimental filmmaking simply for being so incredibly familiar and yet so completely unique. Love it or hate it, you have to admire the incredible risks by first-time writer-producer-director-editor and star Evan Glodell, who tells a completely unorthodox story in an altogether reckless manner. Bellflower may appear to be your typical Sundance fare, with the boy meets girl, boy gets girl, boy loses girl formula. But apart from that, Bellflower is an entirely different beast, a product of contemporary American hipster culture seemingly inspired by a blend of French New Wave and American horror. To say more about the plot would be to spoil the hypnotic effect the film has, not to mention the strange twist and turns within.

At the time of its release, many critics proclaimed it to be pretentious, misogynistic and morally abhorrent, but regardless if you agree or not, it is also completely engrossing and beautifully twisted. Imagine it as mumblecore with better production values but still with that grungy, DIY aesthetic. If the long list of credits for Evan Glodell wasn’t enough, the filmmaker took it a notch further. He also built the cars, the flame thrower and customized a one-of-a-kind digital camera (a prototype Silicon Imaging SI-2K mini) to give the film a very distinct aesthetic and making him a prime example of a true independent auteur. Cinematographer Joel Hodge also does a wonderful job of instilling an off-kilter look. The handheld camera work and canted angles lend to the chaos that ensues. The colours often look deliberately over-processed, and the film stock is covered with scratches, grime, dirt and dusty particles hovering over the lens. Both director and cinematographer exhibit superb technical skill by using the film’s microscopic budget to their utmost advantage. The unpolished sound editing, hip soundtrack and original music by Jonathan Keevil and Kevin MacLeod help tremendously to establish the film’s anomalous tone. The outlaw nature of the production is also worth noting. Glodell didn’t care to acquire permits for shooting locales – he used uninsured cars and the cast performed their very own stunts.

Glodell is a mad genius simply based on his Frankenstein: no functionality of the Medusa car was faked during filming. According to the IMDB trivia, the real-life car is equipped with two flamethrowers, a smokescreen, a bleach drift-kit, adjustable rear suspension, and three surveillance cameras; all controlled from the dashboard. It also has a roll cage and stow-able, fold-down back seat.

Bellflower may lose audiences with its amateurish acting, and the odd chemistry between some members of the cast. Lines are sometimes delivered in unnatural ways, with the supporting cast acting more as props, and the dialogue at times seems improvised a second too late. But for those looking for something new, Bellflower is a solid calling card, full of youthful ambition. It’s the bastard son of Two-Lane Blacktop and Blue Valentine, a very personal film about relationships destined to self-destruct, and a searing portrait of the disintegration of the love that once fueled it. Perhaps Medusa and those flamethrowers are much more than just props – a metaphor perhaps.

One more refreshing aspect of Bellflower is the sort of forthright bromance between Woodrow and Aiden, an incredibly natural and honest portrayal of a friendship between two men. Their brotherly love represents the one familiar trope in an otherwise batshit crazy movie. Coupled with the obvious love for Mad Max, Bellflower may resonate more with a male audience. It’s a dark, disturbing parable about young male fantasies that will remain lodged in your memory days later.

Bellflower is not the Armageddon we were promised

Whirlybird: A Heart-Wrenching Doc About Journalism, Family and Gender