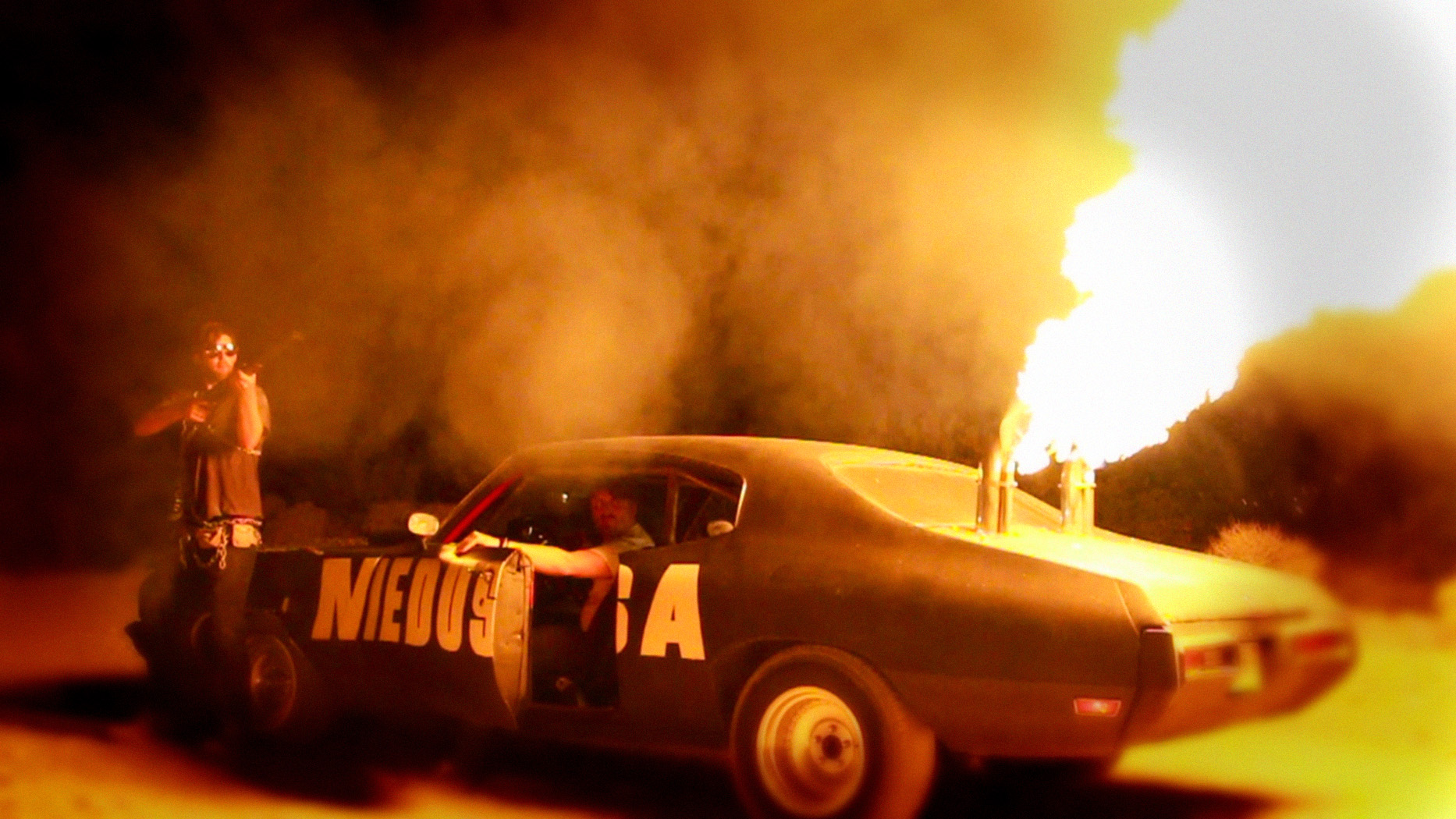 Bellflower is not the Armageddon we were promised.

Well, one out of four will get you a steady paycheck in major league baseball.

Bellflower does give us the amazing fire-breathing Medusa muscle car, but instead of a physical Armageddon, it offers up an emotional apocalypse.

The only deserts are those of the soul, filled with milquetoast men chasing women who, to paraphrase Kyle Baker from his Why I Hate Saturn, can be beautiful, smart and sane but never all three at once.

Our hero driver Woodrow and his mechanic Aiden navigate a desolate California, numbing their emotions with alcohol and preparing themselves for some great disaster while laying waste to their lives. The object of Woodrow’s affections is Milly, a crazed thrill-seeker who acts like a flame to Woodrow’s moth while warning him of the flames every step he takes closer to her.

The film is shot through dirty lenses as though the cinematographer stared too long into the sun until his ruined retinas could see into the souls of men.

It’s impossible not to think while following a lurching Woodrow stumbling through barely habitable apartments covered in dead soldiers, that maybe Armageddon happened with a whimper and we missed it because we were waiting for the bang.

No, Bellflower is not the Armageddon we were promised, but maybe it is the emotional apocalypse that we deserve.

King Car Is a Bold, Bizarre Piece of Filmmaking