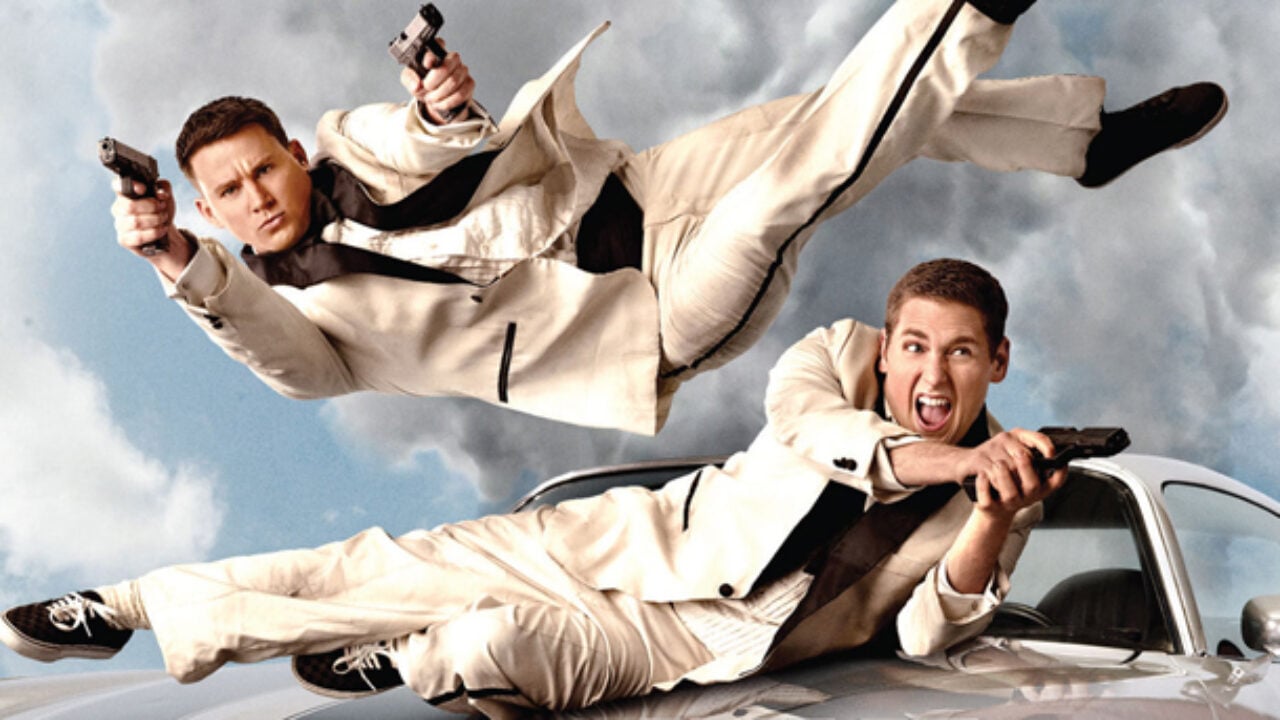 Who did Jonah Hill sell his soul to?

It would have taken a minor miracle to fashion a not-terrible movie out of 21 Jump Street, but conjuring a great, funny film out of that source material leaves the smell of sulfur and brimstone lingering in our nostrils.

Watching 21 Jump Street lurch down the comedy runway and take off is like watching the Thanksgiving episode of WRKP in Cincinnati, only to have the turkeys miraculously learn to fly at the last possible second.

Explaining why comedy works is a bit like learning to fly by throwing yourself at the ground and missing, but maybe the reason that 21 Jump Street works is that it is a self-aware comedy that knows that it is supposed to be terrible. As Ron MFing Swanson (aka Nick Offerman) points out when he transfers rookie screw-ups Schmidt (Jonah Hill) and Jenko (Channing Tatum) out of his squad and into the reborn 21 Jump Street program, “The guys in charge have no imagination. They just keep pulling out old ideas that worked twenty years ago and trying them again.”

Or maybe the film works because as Captain Dickson (Ice Cube) urges his undercover officers to do, it embraces the stereotypes. It is almost like the screenwriters wanted the audience to be able to play Buddy Cop Bingo as they watched the movie and then tried to make the bingo game as fun as possible for as many people as possible.

The idea behind the original TV series and the film is that young-looking cops pose as high-school students to catch criminals. The idea is ridiculous and the film knows that the idea is ridiculous, but the characters (especially Jonah Hill’s Schmidt) take the idea seriously. In fact, Schmidt is terrified of returning to a time and a place that he hated. Not to mention a time and a place when Jenko was his enemy rather than his partner and friend.

When Schmidt and Jenko are sent back to high school as brothers, Jenko is assigned the role of athletic jock while Schmidt is given the job of science nerd. They immediately get their names confused leading to Schmidt becoming the popular jock. A lesser film would have had Schmidt become popular by aping Jenko’s jock behaviour. 21 Jump Street makes Schmidt popular by staying who he is, while Jenko becomes a social leper acting exactly as he did when he was originally in high school.

Part of the genius of the film is the way that it builds to punchlines, gives you a satisfying explosion of laughter, but then sneakily returns to them later in the film, combines them with other jokes and gives you an even bigger bang for your buck.

21 Jump Street is a very smart and incredibly funny film about a very dumb idea.

The Batman: Flirting with Film Noir

Ranking the Films of David Lynch