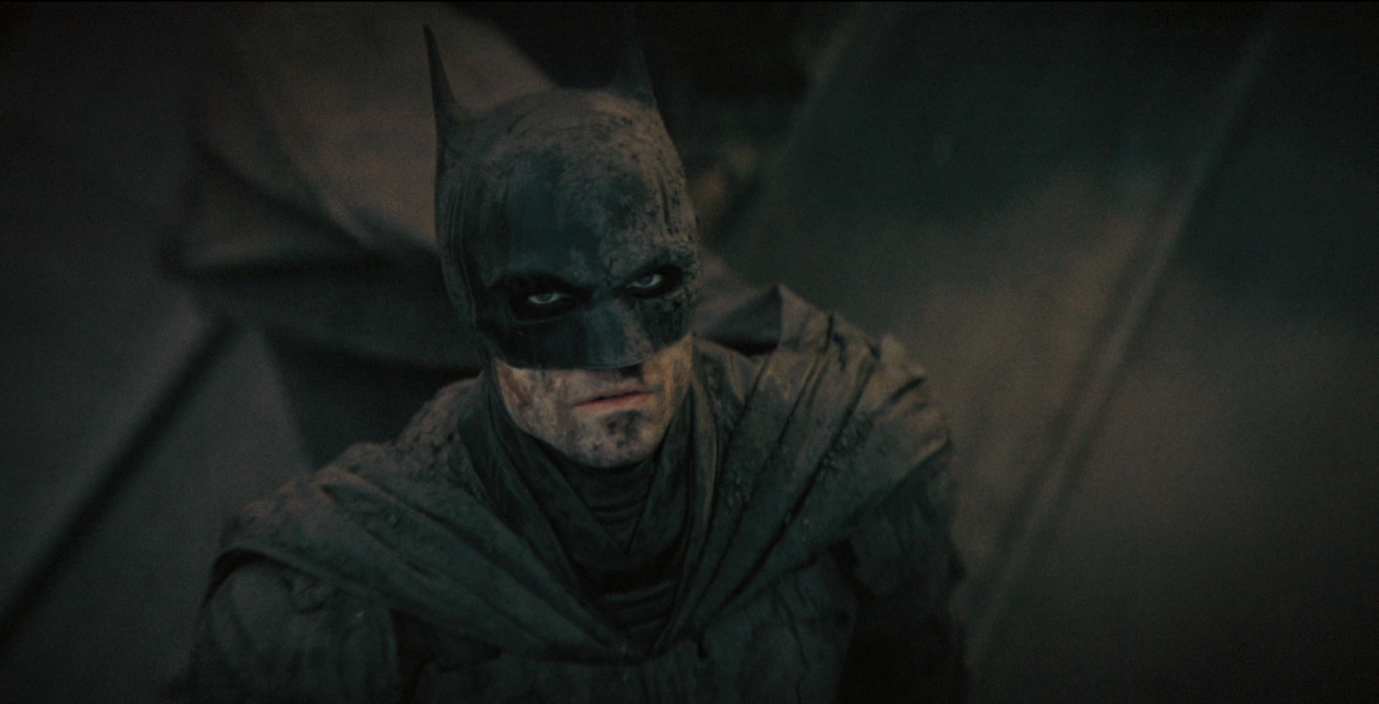 [Warning: Spoilers for The Batman ahead]

When thinking of film noir, you perhaps imagine a man in a trilby, a musky voiceover, smoke in an alleyway. Robert Pattinson in a bat-suit would not initially come to mind. Yet, this newest iteration of the hero is close to a full-blown noir. Matt Reeves’ The Batman continues the dark tone popularised by Christopher Nolan but brings the hero closer to his roots in the original Detective Comics (DC). The notetaking and lead-chasing deductive skills of the hero are on full display here. However, in typical noir fashion, the film is just as much about the character’s struggle with his own darker underside, as it is about his journey into the underbelly of Gotham. The Batman is indebted to the noir genre.

Instead of the wisecracking detectives of film noir, such as the great Philip Marlowe or Sam Spade, Robert Pattinson’s Batman is more akin to the moodiness of the neo-noir protagonist. The film channels the feel and tone of Chinatown or Taxi Driver, albeit with larger set-pieces and sillier names.

For much of the film Pattinson remains stony-faced, gloomily moping about at crime scenes and funerals, keeping his interior life firmly beneath the surface. Yet, the voiceover, a common trope in neo-noirs including Sin City, gives us an indication of his thought processes as well as his vigilantism. His first monologue focuses on his desire to inspire fear in a crime-addled city. Batman sees himself as an agent of violent vengeance, fated to expose the criminals of Gotham.

While his acts of violence betray the anger behind the mask, his detective work truly drives the plot of the film. From solving the Riddler’s cryptic clues to interviewing criminals and crime bosses, Batman’s focus for much of the film is investigative. His obscene wealth certainly helps his operations when compared to his film noir counterparts – one sequence involving a high-tech hidden camera even flirts with the espionage found in a Bond film.

Batman’s collaboration with Catwoman, played by Zoë Kravitz, often plays on the noir trope of the Femme Fatale – the seductive, mysterious, and ultimately dangerous woman. Her search for her friend drives her own motivations, yet his association with her becomes morally grey when she is revealed to have connections to the mob boss, Carmine Falcone. At first assumed to be her lover, and then revealed as her father, Falcone drives much of the first two thirds of the film. Only through his detective work can Batman unravel the threads of corruption.

One could question whether this is the aspect of the character which Matt Reeves will continue to develop, or whether we are seeing Batman in his early days of criminal investigation. Of course, part of the reason why this detective work is front and centre is due to the main villain of the film: the Riddler.

In a city riddled with crime, who better to expose the corruption oozing beneath than the Riddler himself? Yet, the role of the character, played with maniacal gusto by Paul Dano, seems to serve a dual function. If anything, the Riddler functions as Batman’s cryptic informant, helping the detective delve deep into Gotham’s grimy underworld.

The first of the Riddler’s clues, the macabre ‘thumb’-drive, leads Batman to the Iceberg Lounge, where he finds the grizzled Penguin and the mob boss, Carmine Falcone. Batman’s own investigations, alongside the Riddler’s murderous games, lead him to the discovery that the police force and the criminal network surrounding the Iceberg are inextricably linked. As the film progresses, these links only deepen.

While Riddler’s games focus on identifying the ‘El Rata Alada’ (the informant) in the criminal underworld, the momentum of the plot stems from the Riddler’s own clues and ciphers. A real moral ambiguity surrounds the character for most of the film, and in his final monologue he even compares himself to the masked hero. Both Batman and the Riddler work to expose the criminal underworld, and eventually bring it to justice, through acts of violence. Of course, Batman abides by a no-kill rule, but the barely restrained anger of the character can be aptly compared with the Ridder’s own (less contained) fits of rage.

The dramatic peak of the film rests on the Riddler’s final monologue to the Batman – we are not initially sure as to whether he knows the Batman’s identity as the privileged Bruce Wayne. The Riddler’s speech deconstructs Wayne’s wealth, his media attention, and his lack of philanthropy. Dano’s performance leads us to question: has Wayne failed in looking after Gotham by pursuing the road of violence rather than charity? This question hits at the neo-noir theme of complicity in a world of violence. However, the hero’s complicity is not fully explored by the end of the film – instead the noir elements are abandoned in favour of a final set-piece.

It is implied that the Riddler has not truly discovered Batman’s identity – his plan is revealed instead to involve the flooding of Gotham, and the assassination of the new mayor-elect through the utilisation of his army of online followers. The Riddler himself remains in jail.

It could be argued that there are noir elements in this final act: his plan seems to fulfil Travis Bickle’s misanthropic desire in Taxi Driver for a ‘real rain’ to ‘come and wipe this scum off the streets’. It shows a complete disregard for human life. Yet, this plan moves away from the shadowy plotting of the noir and becomes a supervillain’s plot. While this should be expected in a superhero film, it still feels out of left-field to have the moral ambiguity and careful operations of the Riddler reduced to unbridled genocidal chaos.

The final gun-battle is a thrilling spectacle, yet it also feels like the wrong destination for a film so concerned with cerebral detection, and for a villain meant to test Batman’s wits, rather than his brawn.

This ending also represents a shift on another front: the Batman’s desire for vengeance against criminality is questioned. As he sees himself horrifically replicated in the brainwashed goons, one parroting his own line on vengeance, he begins to reframe himself. His final monologue focuses on hope – a few particularly poignant scenes emphasise his new role as a protector, a helper of the people of Gotham. While the final act feels out of place, the development of the character redeems the ending and serves as a culmination of Batman’s struggle with the interior darkness of the noir.

With the Riddler jailed, a new focus on hope, and Catwoman gone her own way, it seems like the elements of noir have left by the end of the film. It is difficult to tell whether this represents a move away from noir, or whether the next instalment will continue this homage. Even if it is the former, The Batman’s flirtation with film noir is a one-night stand to remember.

21 Jump Street— Better Than it Has Any Right to Be