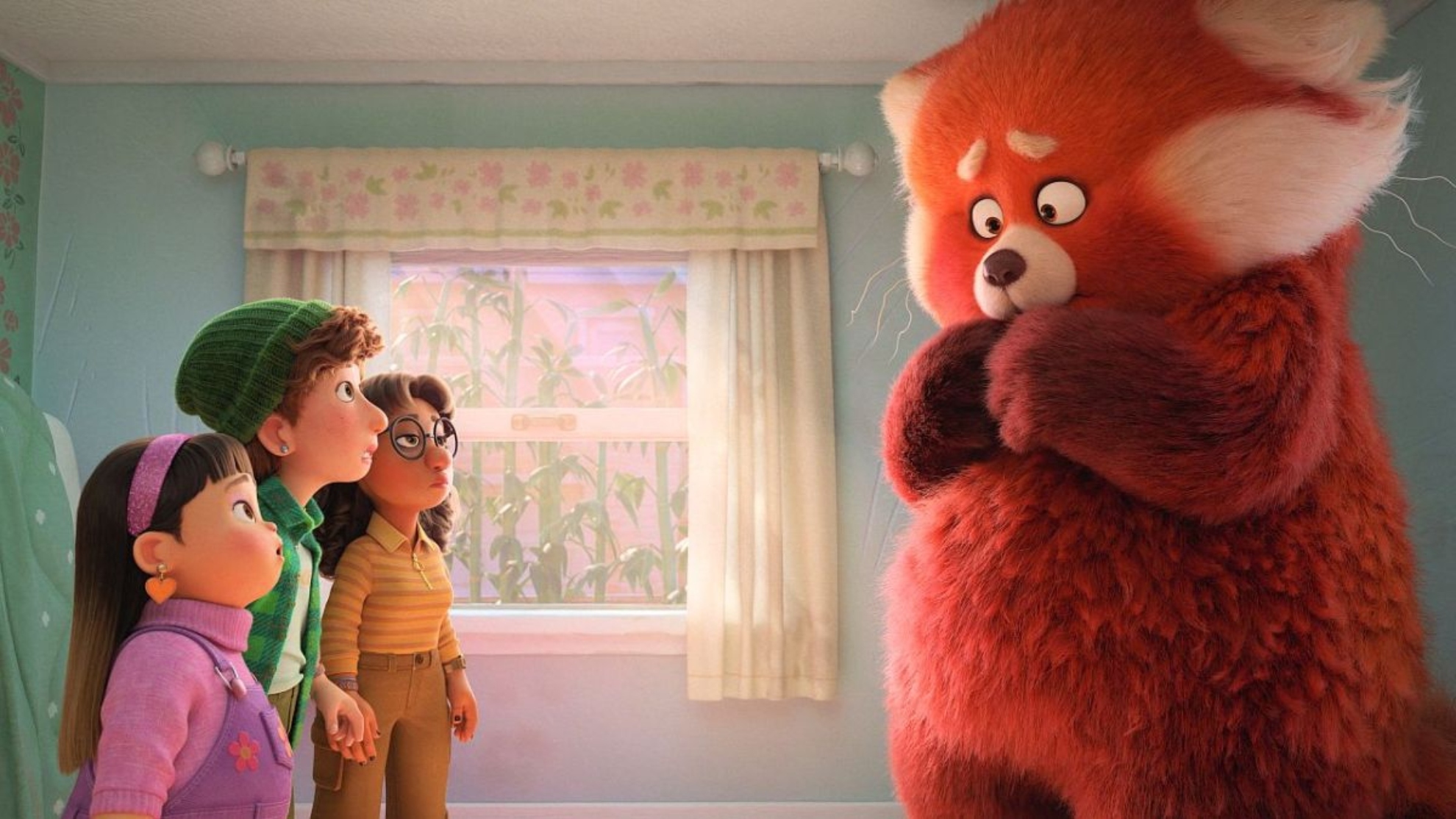 Puberty is the worst – hormones, confusing thoughts, intense emotions. It’s like there’s a foreign invader inside of you. In Turning Red, Mei (Rosalie Chiang) actually has a foreign entity take over her body when she’s feeling overwhelmed.

Mei is a normal 13-year-old Canadian who gets good grades, hangs out with her friends, helps her parents at the temple they work and live at and loves the boy band 4*Town (a fun nod to the boy band rage of the early 2000s). She has a crush on a teenage boy in the neighborhood. When Mei’s mom, Ming (Sandra Oh), finds the pictures Mei has drawn of the boy, Ming goes full Mama Bear. She embarrasses Mei so badly that I winced in solidarity. The next day, Mei starts transforming into a red panda when her emotions are heightened.

Pixar is no stranger to using animation and children’s movies to tackle deep questions (what is the purpose of life in Soul) and issues (how do we handle our emotions and move forward in Inside Out). Turning Red is no exception, focusing on how young people handle their burgeoning sexuality, anger, and a sense of disconnect from their own bodies. It’s an endearing reminder of how confusing this time is for kids. Mei’s pictures are a perfect example of how delightfully odd sexual awakenings can be – she draws Devon (Addison Chandler) as a merman.

Mei gets support and love from her friends, which helps her remain calm when her emotions threaten to overwhelm her. They strategize a way to use Mei’s red panda form to make money so they can see 4*Town in concert. Mei and her friends, Miriam (Ava Morse), Priya (Maitreyi Ramakrishnan), and Abby (Hyein Park), are on a roll, collecting cash and laughing over the absurdities and changes Mei is going through. If you can laugh about it with friends, maybe it’s not so bad. When Ming finds out the truth, Mei’s concert dreams are dashed and her friendships are shaken.

Whether online or in a zoo, red pandas usually elicit squeals. The same is true in the movie – other characters exhibit pure unadulterated glee with clasped hands and googly eyes. I might have done the same. Mei’s red panda form is adorable and beautifully rendered. The animators did a stunning job with the fur, so much so that I wanted to reach through the screen and cuddle Mei myself.

Turning Red is a lot of firsts for Pixar. Director Domee Shi is now the first woman to ever direct a Pixar movie solo. She established a female-led team around her, so all the writers are women. It’s the first time Pixar has had a female Asian lead. It’s also the first Pixar movie set in Canada. As usual, it’s a little late for firsts like this to still be happening, but I’m glad to see it. Shi won an Academy Award for the Pixar short Bao about a mother-son relationship. Watching Shi continue exploring the dynamics between first- and second-generation Asian immigrant families is a joy.

Turning Red will stick with me. As Pixar moves towards more personal stories like Luca and Turning Red, I find it easier to hang out with the characters, and the detail that’s put in to bring the settings to such vivid life, like Toronto’s Chinatown, is remarkable.

The Godfather Reaches 50: The Film in Five Key Quotes

The Batman: Flirting with Film Noir