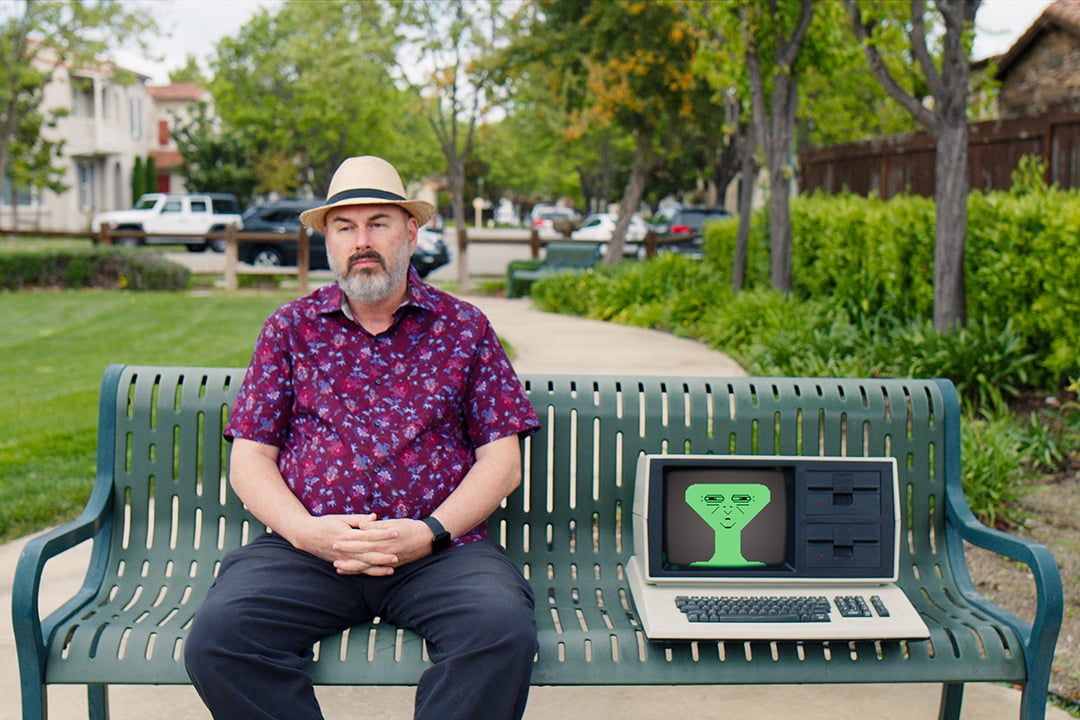 High Score is a docuseries about the history of classic video games and interviews from the next people who brought these games to life.

The creator behind arguably gaming’s first standout success, he gives some explanation as to why the attacking aliens look distinctly cephalopodian, and unsurprisingly with entertainment media, it’s borrowed from somewhere else. During its heyday, Japanese Game Centers were even known as ‘Invader Houses,’ and the machines were so popular that the Japanese government had to declare a shortage of 100-yen coins, as the profits from the game were literally weighing down the trucks transporting them!

It is ultimately fitting to begin the entire series with Space Invaders, as the show proudly boasts of how the game gave birth to high scores. Not so proud is Nishikado’s admittance that he can’t even clear level 2!

You can straight up just hook these types of visuals to my veins. The clothes, the sounds, the colorful cabinets, the hairstyles – it’s all so wonderfully evocative of the time, even though I wasn’t alive to experience it first-hand. Early arcade cabinets are just beautiful, too. I cannot look at them without desperately wanting to own one.

Episode One makes it abundantly clear that this show has so much visual flair – nostalgic scan-lines and sepia tones envelop its archival footage and mix with vibrant neon graphics and animated 8bit sprites on overlays to make every segment enticing and interesting to look at. It’s a true celebration of game aesthetics.

Arguably not so much of a wild and crazy notion considering I’ve spent the last five months working in my pyjamas from my sofa and sneakily attending Teams calls while sat on the toilet, but nevertheless Atari in the ‘70s sounds like a pretty far out place to work.

Gaming legend Nolan Bushnell explains how the company let engineers set their own hours – telling them to come in when they want, be it 9-5 or midday to midnight. The braggadocious anecdotes of hot tub board meetings and workplace hook-ups give the impression that 1970s Atari is the sort of utopia modern Ubisoft wanted to achieve before it got all… icky.

Atari eventually settled with them, as they were worried about losing their copyright infringement suit and setting a precedent for anyone to freely mod their games moving forward. The egos of these young upstarts subsequently grew so much that their next order of business was to rock up, balls out at Midway and tell them they were modding Pac-Man and there was nothing they could do about it. Enter: Ms. Pac-Man.

The show has a focus on the human aspect of gaming, rather than being simply a historical retelling of events

You’ve got Nishikado doing magic tricks, the underdog stories of early videogame tournament winners, the self-aware ruminations of Howard Scott Warshaw’s fall from grace with his five-week creation of E.T., and the story of Jerry Lawson – the man who invented the video game cartridge – told by his own children, and it’s all in the first episode.

Without the stories being told, we’d never know that Jerry Lawson’s son learned absolutely nothing from his father, as we see him committing the cardinal sin of blowing on a cartridge (even teaching his own son to do the same), or that the first ever Space Invaders tournament was abruptly ended because the competitors were so good, they were clearly never going to run out of lives.

It’s a clever touch by the show’s creators to present gaming history this way. Adding a human element makes the show palatable for all audiences. Those of us who know and have obsessed over gaming history for years are bound to learn something we never expected, and casual viewers can latch on to anecdotes and emotional stories without being bogged down with technological timelines.