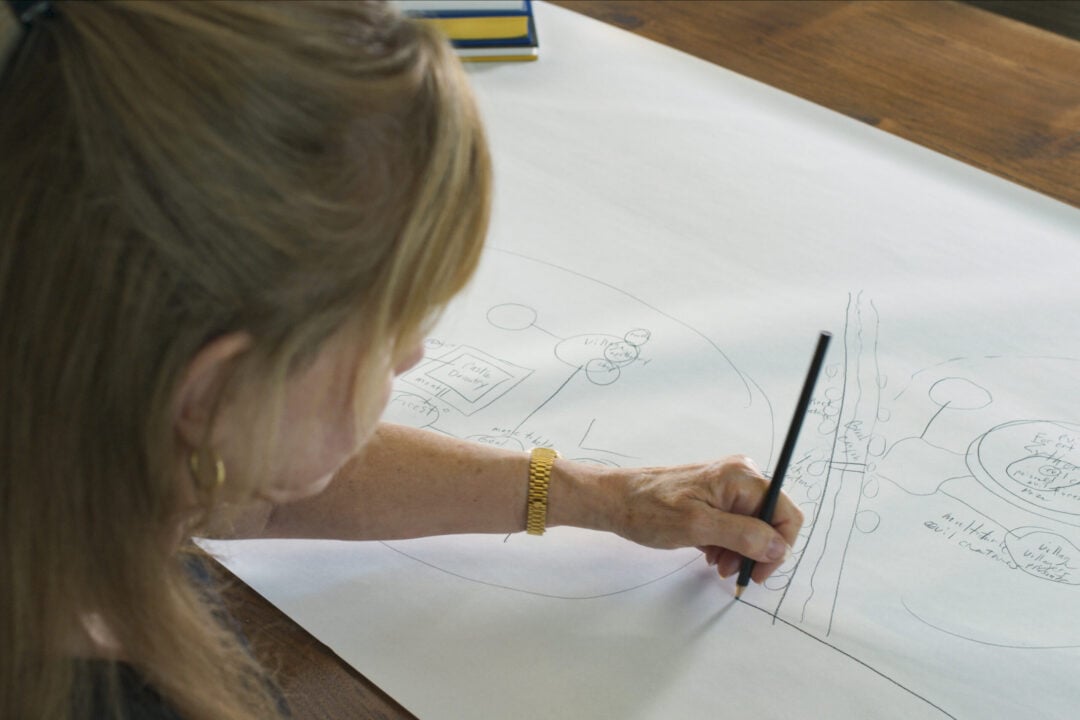 When they first started going out, Ken had just enrolled in a computer science course and was clearly very into his work! It worked out well in the end, as Ken’s bringing home of a computer with a copy of the Colossal Cave. It hooked Roberta into the world of adventure games and changed the course of their lives forever.

Feeling inspired by the game and her own love of adventure, Roberta began designing her own game. She drew out her adventure game on huge pieces of paper and presented it to Ken on a date – did these two ever do anything together that wasn’t involving computers? Based on Roberta’s recollection of Ken’s notion to add graphics to her game seeming to get her a little hot under the collar, I’d say not! Their end product, Mystery House, became the first computer game with graphics – and all this from the mind of someone who had never coded a game in her life (and the fingers of the person who had).

Parents in the ‘70s may have been scared of D&D – a newscaster even claimed it was being described as the most effective introduction to the occult in the history of man – but Richard Garriott was proof that most players of the game just wanted to become virtuous and gallant heroes, slaying the hordes of evil for the greater good. The same could not always be said about everyone else.

Inspired by his love of D&D to create the series of RPGs known as Ultima, he’d noticed a pattern and became concerned that players of his games were stealing, pillaging, and killing innocents to make their way to the end more easily. He designed Ultima IV to make players feel more responsible for their actions by not only coining the word Avatar for the player’s character, but by ensuring those scallywag gamers with nefarious intents literally could not beat his game. Oh, and he really has been into space.

Episode 3 has that spoiler for Final Fantasy VII in it

Is it still a spoiler? Let’s just say any younger viewers who enjoyed the first part of the Final Fantasy VII Remake may want to squint through Yoshitaka Amano’s segment of the show! Amano, character designer for Final Fantasy, was actually inspired by Richard Garriott’s Ultima when he began creating enemies for Squaresoft’s inaugural JRPG.

He’s an incredible artist, who hand-painted everything for the game before it was coded in by the developers. Obviously, the primitive power of the NES hardware back in 1987 could never hope to do justice to his lavish artwork in the transition to 8bit graphics, but he’s fine with the sprites that were used – he thinks they’re cute!

Well, maybe just one STD. Let’s just say I’m going to question any videogame that has crabs as enemies from now on. Alongside those notorious itchers of the crotch, Ryan also created enemies like rednecks, homophobic cops, preachers, and for his coup de grâce, he set politician and notoriously despicable homophobe Pat Buchanan as the final boss.

Unfortunately, Episode 3 ends on a sour note. Ryan lost all his master copies and source code of Gay Blade in a house move and has never been able to locate it all since. Did he hire Konami as his moving company or something? The search is on across social media, and he believes the game can be found if it’s still out there, so here’s hoping for a positive update in Season 2.