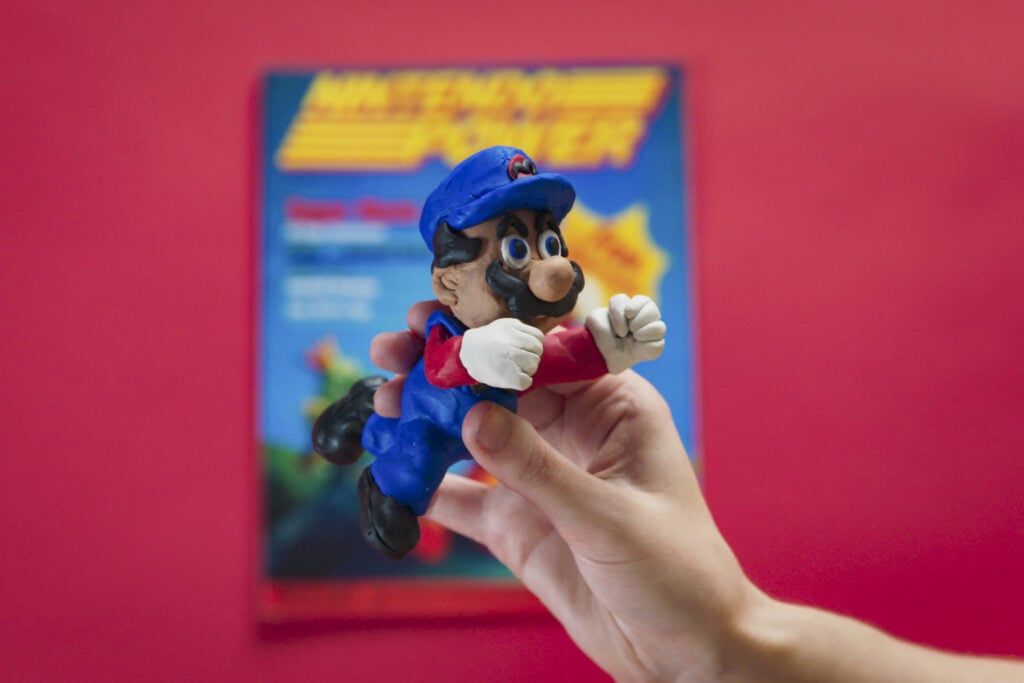 To become a Nintendo Gameplay Counselor, you had to take a videogame test

It seems Nintendo was pretty stringent on the criteria for becoming a Game Counselor, but not so stringent as to check the sunglasses of applicants to make sure they hadn’t written all the answers on small pieces of paper and taped them to the back of the lenses! According to Shaun Bloom, former cheater-cum-Game Counselor, and owner of a sweet jacket, once you were in you were most definitely not out of the water. On-the-spot tests were thrust upon employees by their boss, and the counselors had to create their own game guides entirely by hand-drawing their own maps and marking locations of items.

It’s hard to imagine that kind of job existing today. Sitting around at your SNES, making your Link to the Past maps and acting as a surrogate big brother to befuddled young gamers by helping them out over the phone. Eventually, as more and more games were released for SNES, employees were taking up to 100 calls a day. Talk about sucking the fun out of it! It seems the creation of Nintendo Power magazine was as much about keeping these poor bastards from keeling over as it was about marketing.

The judge apparently loved it. Bribery, anyone? It seems ludicrous to imagine a high-powered lawyer wheeling in an arcade cabinet to a court case, but evidence is evidence I guess! Of course, we all know – or at least can look at the continued history of Donkey Kong and make a pretty assured guess – that Nintendo won the case, but it was fascinating to hear from John Kirby himself. Guess where the name for the lovable, pink game character came from…

If in Salt Lake City you don’t succeed, travel 2000 miles to Florida and try again! That was the tactic of 10-year-old Jeff Hansen back in 1990 after he wasn’t satisfied with placing third in his home town heats of the Nintendo World Championships. He used the Game Boy he won as a consolation prize to seriously git gud at Tetris, and then convinced his dad to escort him across the country for one more shot at victory.

Obviously, it was worth it, most notably because it looks like he won a freakin’ sweet Nintendo championship belt. It’s clear from this episode that, even though videogames were aimed much more at children back in the early ‘90s, that certainly didn’t diminish its global popularity.

I want to go to Super Potato again

That’s it, really. Episode Two has a lot of shots of Akihabara’s most famous videogame store, and I miss it dearly. The explosions of color from retro games and memorabilia lining every inch of the building, the cabinets of ridiculously expensive rarities, the bizarre paraphernalia, the arcade machines on the 5th floor – hell, even the stairs are awesome in that place.

This is the kind of iconography that unites us all in our love of this medium. It’s such an easy win to simply show footage of a cluttered games shop from Japan and give a bunch of nerds goosebumps, but the producers knew what they were doing, and it instantly worked on me.

Gail Tilden, Nintendo’s former VP of Brand Management, was nicknamed ‘The Dragon Lady’ and is apparently cool with it

The show once again draws focus to another unsung hero of gaming’s history with Gail’s story. Starting at Nintendo in 1983 as an advertising manager and helping work on the look of the NES console in the west as it transitioned from the Famicom, she then worked alongside Howard Phillips to create Nintendo Power magazine. Gail garnered her nickname from her constant refusal to settle for Nintendo of Japan’s magazine layout ideas, and apparently made the translator cry and the art director quit!

It’s a powerful reminder of how an advertising or marketing job, cynical (or in this case terrifying) as they can be, really can have a profound effect on cultural history. Unfortunately, Gail also points out that the first issue of Nintendo Power is the one with the highest circulation of all, and is, therefore, worth jack squat. Might as well frame ‘em if you got ‘em, folks.