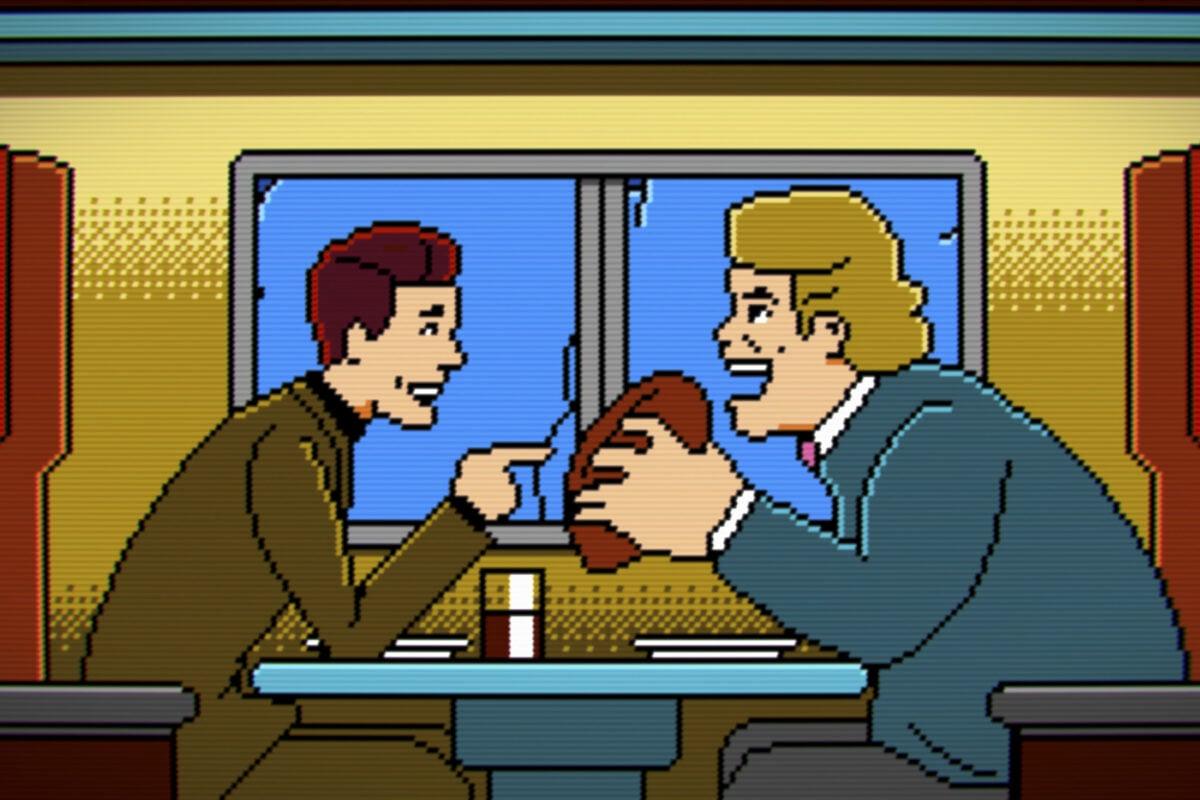 Most gaming enthusiasts of a certain age will already know the story of Tom Kalinske coming to Sega from Mattel – having been headhunted by Sega President Hayao Nakayama while sat on a beach in Hawaii – and sticking it to Nintendo with edgy marketing and a keen focus on teenage gamers and sports fans. Nevertheless, hearing from the man himself was still a real treat in Episode 4. History books won’t teach you the little personal things, like how Nakayama knocks over chairs even when he’s on board with your ideas.

Well, perhaps not totally on board. According to Kalinske, Nakayama told him that the other Sega staff in the room didn’t agree with his five-stage battle plan – lower the price of Genesis, defeat Mario, more sports games, make it cool for teens, and make fun of Nintendo – but conceded that he’d hired him to run the American side of Sega and so he had no choice but to trust him. It’s safe to say that, for a bit, that trust was repaid and then some. The Genesis went on to sell over 30 million units worldwide. I love the story of Sega vs. Nintendo and, if nothing else, anyone who enjoyed this episode should use it as a platform for further reading like Console Wars by Blake J. Harris.

Game designer Hirokazu Yasuhara based Sonic’s gameplay on rollercoasters. Sega had already developed a program that could already do loops and turns, so they wanted to apply this to a game that would hammer home the point of how fast the Genesis console was. Sonic the Hedgehog had already been developed as a game before the hedgehog himself had been created, so it was on Naoto Ohshima to come up with a Mario-beating mascot.

Sega needed Sonic to be popular in the US, so Ohshima combined a personal trip to New York with a stroll into Central Park to conduct a field test of his prototype character designs – a hedgehog, a human and a rabbit. To think that it could have been just a couple of people in the park that day voting for the hedgehog that pushed Sega towards their final decision. It shouldn’t go without saying that hearing the story of the development and immense popularity of Sonic the Hedgehog being narrated by the voice of Mario is pretty wild!

The loveable-yet-awkward dude barrels into the episode cruising along on his skateboard, sporting a highlighted mullet and some Air Jordans, all while comfortably in his 40s.

Having reached the finals of the Nintendo World Championships in 1990, Chris soon set his sights on the 1994 Sega World Championships, horribly titled the ‘Sega Rock the Rock Competition’. The tournament had preliminary rounds in Hard Rock Cafes across the world, with the final set to take place in Alcatraz. That’s so much edginess I’m surprised the world didn’t end in 1994 as a result.

Having won his prelim in San Francisco, he was handcuffed to a briefcase, dumped into a limo, and driven to the finals. Again, I’m struggling to understand how anyone at the time could handle such gnarly levels of rad. During these finals, competitors would play a run of Sonic the Hedgehog for three minutes, and the two players with highest number of rings would go through to a final faceoff. In a moment of incredible arrogance, Chris actually hit pause with seven seconds to go to screen snipe his opponent and confirm to himself that he had won the world championships. What an absolute gangsta.

Trip Hawkins seems like a nice guy who wanted to make a football game, then inadvertently founded the future most hated company in the country

Probably the most astounding thing to come out of High Score, other than looking back at people genuinely hyped for a new Sonic game, is the reminder that EA actually used to be cool. I still remember quipping along to, “E.A. Sports, it’s in the game” whenever I fired up one of their titles, and all of that is down to Trip Hawkins’ unrelenting pursuit to make great sports games. Having initially designed the game on post-it notes to plan out all the variables that can come into play in your average NFL match, Trip needed to convince a big name in the sport to become the face of EA football.

Trip vividly recalls his initial meeting with John Madden. The coaching and commentary legend was scared of flying, so Trip sat on a train for two and a half days with him across the country, talking about football and selling Madden on lending his name to the now 32-year-old series. It’s a beautiful reminder that the art of making games used to be one primarily based on passion for the medium, even at exec level in a company as huge as EA – from whom Hawkins would be long gone by the time they began ‘winning’ awards for being the worst company in America.