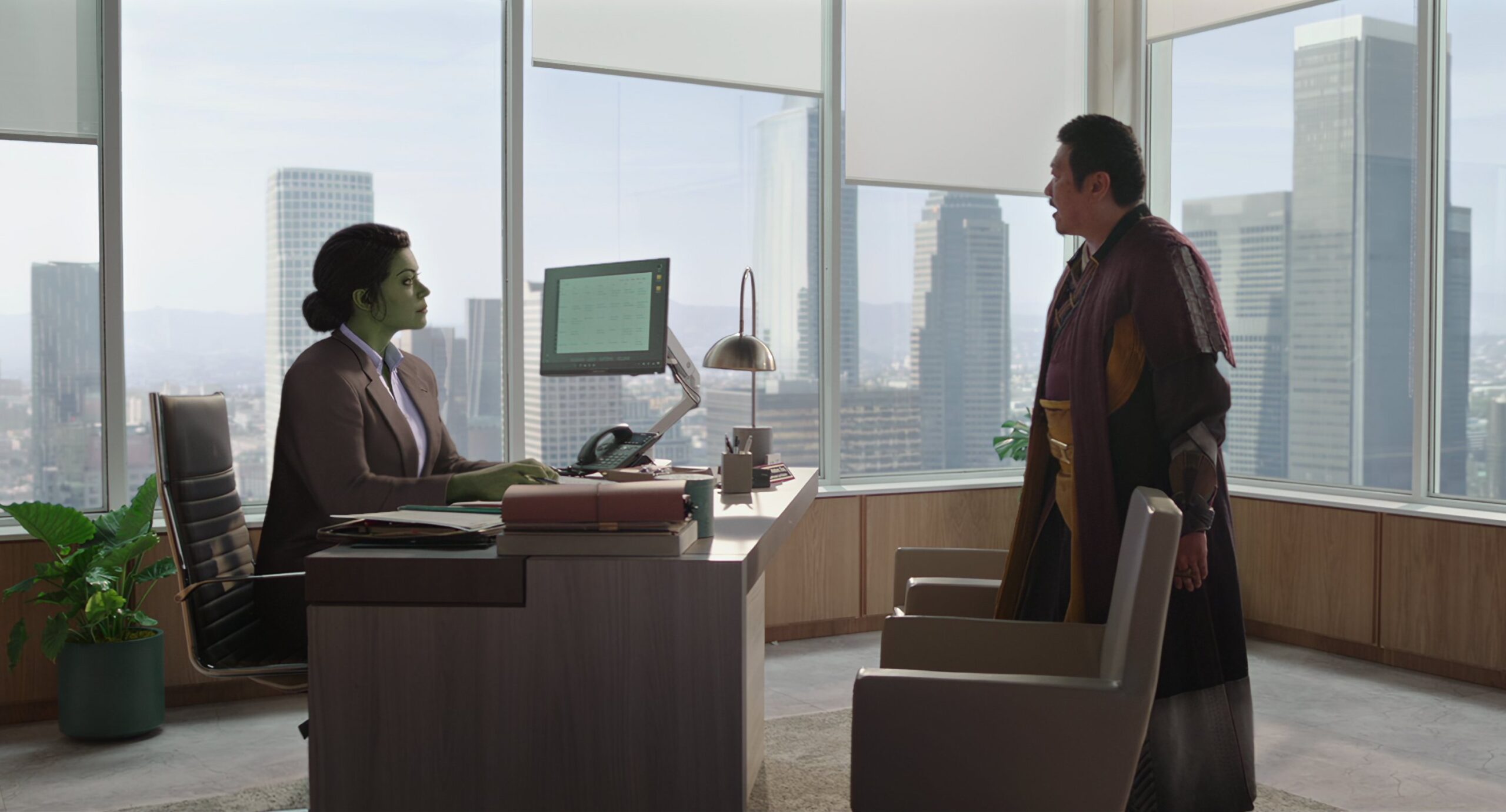 Seeing a Marvel Studios show on Disney+ acknowledging that most viewers are likely only sticking around for the cameos isn’t some funny fourth wall joke audiences should be chuckling at: it’s the biggest slap in the face the writers can make. This week, She-Hulk: Attorney at Law continues to reach new lows as Jennifer Walters embraces the company of sorcerer supreme and master of the mystic arts Wong. Even with the help of Dr. Strange’s fan-favorite friend and ally though, She-Hulk: Attorney at Law continues to suffer through emotionless drama and flat jokes. Somehow, the show that has not managed to establish any concrete plot yet is already facing a filler episode. With no progression or meaningful events in sight, at the very least, episode four ironically manages to be one of the better episodes so far thanks to Benedict Wong who unexpectedly steals the show.

In She-Hulk: Attorney at Law’s fourth episode, Wong (Benedict Wong) wishes to punish a former mystic arts sorcerer named Donny Blaze (Rhys Coiro)–not to be mixed up with Ghost Rider, Johnny Blaze–by taking legal action against his magic performances… Why can’t Wong just take away his sling ring to end this whole dangerous situation? Well as we learned last week, that would be too simple and logic was completely thrown out the window with this series. After dodging legal offenses from the government last week with no punishment, Wong returns to the office of Jennifer Walters (Tatiana Maslany) for help with his new problem. Meanwhile, the She-Hulk herself indulges in dating apps to discover if she can find a man by abusing her popular green form.

She-Hulk: Attorney at Law’s fourth episode leaves audiences with two big questions: will this show actually go anywhere soon, and what do we even consider a cameo anymore since Marvel’s special guest practically appear every episode? The fact that She-Hulk has the guts to directly tell the audience how they are only here for Wong and the show’s other Marvel veterans like Bruce Banner is frankly the most head-shaking moment the series has had thus far. She-Hulk might as well have given the audience other recommendations to watch on Disney+ as its latest episode fails to make any progressions for its main cast or its overarching plot. With more unfunny fictional sitcom legal nonsense and a lack of usage when it comes to its more compelling guest stars, She-Hulk’s latest step backwards provides a whole lot of nothing in twenty minutes. Jennifer Walters isn’t kidding when she says fans are watching for the cameos–there is no reason to still be hooked into her own tale.

She-Hulk presents another episode with a foundation containing some tangible storytelling elements, but there is no proper execution for its big ideas. Much like last week’s entry, audiences are given an A plot containing some missed potential and an embarrassingly weak B plot that does not help push Jennifer Walters forwards as a character. Making Jennifer go through the process of dating as herself versus being the She-Hulk can lead to some interesting drama and internal conflict. However, episode four goes for laughs and kicks by taking jabs at dating apps rather than staying focused on what the female lead is going through. For a character who uses self-image to improve her chances of finding men she wants to hook up with, Attorney at Law never allows its lead to embrace what should be a moral conflict. The show never dares to enter territories that can allow audiences to begin sympathizing with Jennifer or even relate to her.

For the last three weeks, She-Hulk: Attorney at Law has not made an effort to progress its story and characters in any meaningful ways. While we have had some minor glimpses of what Jennifer Walters is going through after her transformation, nothing has added up to an emotional conflict or legitimate problem that viewers should be given reason to care about. She-Hulk may poke fun at the Marvel Cinematic Universe for creating “Twitter armor” and giving in to fan demands, but at the very least the studio’s other projects all have actual stories that make usage of its cameos and guests. With the halfway point approaching next week, She-Hulk has continued to turn away viewers by delving into nonsense and making every wrong turn its inspirations had already shown how to do right. In this week’s filler episode, the guests try their hardest to sell the runtime She-Hulk has to fulfill.

Even amidst a spotlight though, not even episode four’s subplot led by Wong has any notable saving factors. Its always great to see Benedict Wong in more mystic arts action, but the show makes zero effort to use his character in any purposeful way. She-Hulk’s fourth episode never tries to establish a compelling dynamic between Wong and Donny Blaze as the two confront the United States legal system with a debate that could once again lead to something actually interesting.

As Jennifer Walters boldly recognizes during the first scene of episode four, the only characters who have been able to help keep the audience afloat are those making guest appearances and “cameos,” which should just be considered minor roles. If it were not for the Hulk, Abomination, and Wong, audiences would so far have nothing to care about in She-Hulk: Attorney at Law’s entire run. With viewers desperately awaiting the arrival of Charlie Cox’s Daredevil, the guest stars continue to showcase that Jennifer cannot hold her own show together. At the very least, the lack of appearances from the recurring minor cast members makes this episode more bearable than its predecessor.

Perhaps next week will get things back on track–if that is even possible at this point–but as the last few weeks have shown, She-Hulk: Attorney at Law continues to be a show that lacks any drama or captivating original characters. Hopefully, the appearance of Daredevil or an overarching villain will help give Jennifer Walters a purpose or something to do other than try and be the notable female hero that Marvel’s other recent characters like Ms. Marvel have been.

The Lord of the Rings, The Rings of Power: “Adar” – Dark Secrets Revealed