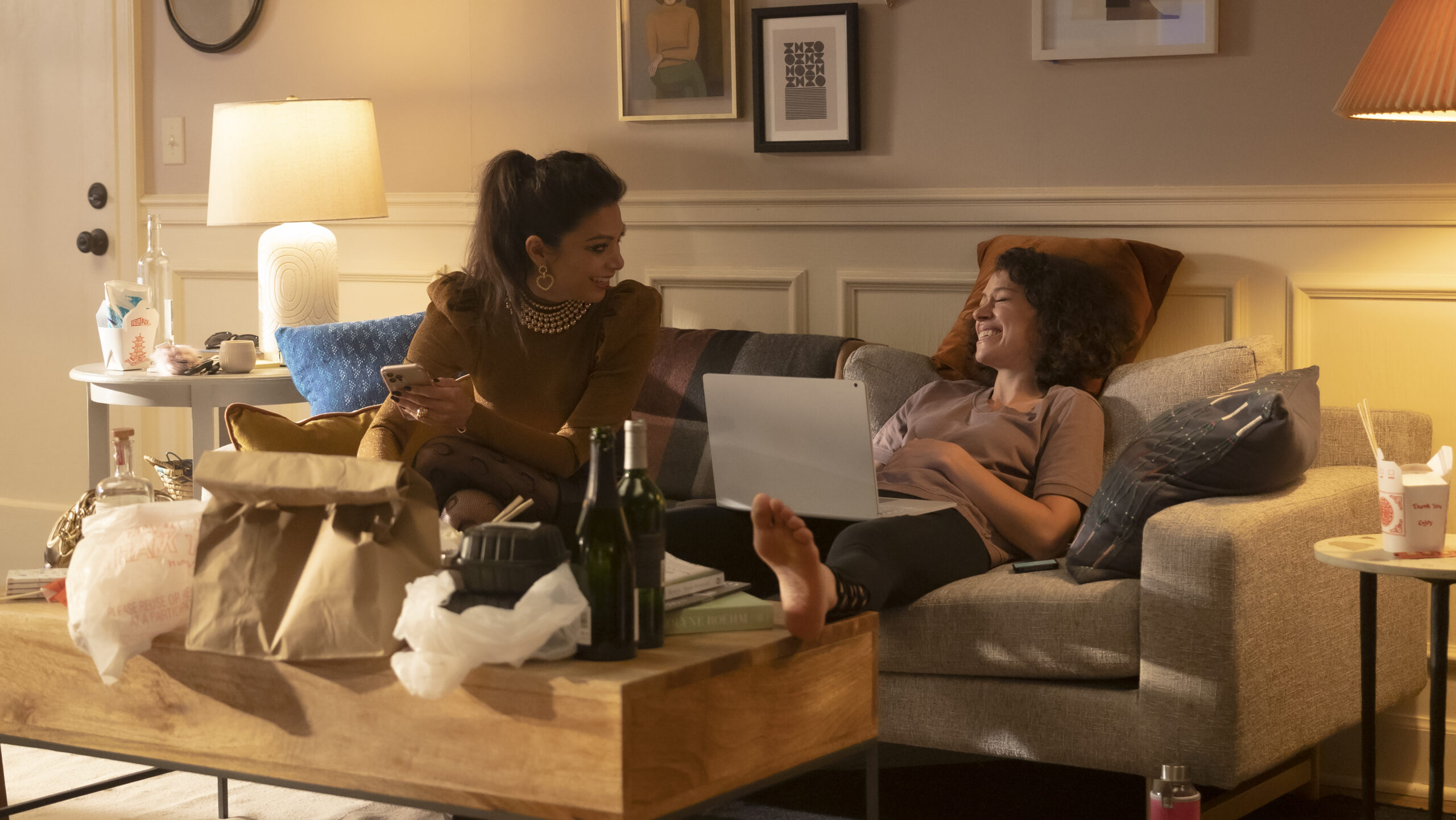 Last week, She-Hulk: Attorney at Law failed to make a case for Marvel Studios’ latest Disney+ superhero. While the premiere lacked a hook and captivating drama, She-Hulk’s first episode was at the very least able to establish who Jennifer Walters (Tatiana Maslany) is and how she gained her powers through the blood of Bruce Banner. When Jennifer finally made her public debut as a second Hulk at the end of last week’s episode, it seemed as if the narrative could take off from there–how could you go wrong with throwing a lawyer into a moral and ethical challenge?

The setup at the ending of the premiere laid the groundwork for an interesting dilemma, but with episode two, She-Hulk upsettingly only makes a measly step forward. Once again, its protagonist scrapes by way too easily in what should be a difficult situation. She-Hulk continues to do sitcoms and Marvel an injustice as it sloppily attempts to give its lead more of a purpose without actually challenging the character.

She-Hulk: Attorney at Law’s second episode continues to follow the fourth-wall-breaking cousin of the Hulk as she this time grapples with the consequences of publicly showcasing herself as a super-powered being—or perhaps grapples may be too strong of a word as she makes a quick adjusts to her new reality. After being fired from her law firm and seeking new employment, the lawyers that Jennifer was previously up against at the end of episode one offer her a new job. She-Hulk’s second episode introduces Jennifer to her permanent new role as the leader of a super-powered task force law division made to represent and defend individuals with enhanced abilities. Unexpectedly, her first case for the firm is to make a defense for 2008’s The Incredible Hulk villain Emil Blonsky (Tim Roth), the Abomination.

Much like a few of the other films and television shows in Phase 4, She-Hulk’s second episode has a lot of great narrative concepts, but it constantly fails to execute such ideas in a cohesive way or one that would naturally fit the Marvel Cinematic Universe. However, unlike those other hampered Marvel Studios projects, Jennifer Walters’ story comes with very little redemption. The idea that She-Hulk must represent the man who attempted to kill her cousin while also adjusting to her new life as a Hulk should be a fascinating narrative hook. This type of story should bring a lot of moral conflict to the table as Jennifer Walters needs to choose between doing what is right and being able to survive as the newest Hulk. Jennifer Walters is presented with plenty of captivating challenges, yet none are used to enhance her story or start moving the character to a brighter future.

The core problem She-Hulk: Attorney at Law again faces this week is that it lacks real drama. There are no stakes. There is no sense of desperation with She-Hulk. Between the premiere and episode two, it always feels as if the character is just coasting by scenarios that should challenge her. The audience never sees her struggle with her new reality as she practically comes off as invincible. She-Hulk should prevail against all odds, but the only way she can do so is if she is actually challenged by her reality. The majority of episode two is spent wasting time on characters that pay no interest or contribution to the narrative. She-Hulk’s family and her coworkers are completely unnecessary.

Aside from Jennifer having problems with her own narrative’s construction, those around her are so below her that they are made uninteresting. Even though She-Hulk: Attorney at Law is a sitcom, that doesn’t mean the show cannot have any smart characters. For a lawyer working for a multi-million dollar firm, Jennifer Walters does not have a single intelligent coworker at Goodman, Lieber, Kurtzberg & Holliway [GLK&H]. Every lawyer She-Hulk is supposed to be working alongside is made out to be a joke. The best sitcoms are written around emotional character drama, likable dynamics, and well-timed comedy. So far, She-Hulk upsettingly has none of those as it continually aims to dumb down everyone but its lead. Making the minor characters less than the lead does not make her more powerful.

The one minor character who should be engaging for viewers has somehow been hindered in the worst ways possible. Tim Roth still gives a fine performance as Emil Blonsky, but the fact that the Hulk and Abomination already made amends years before the events of this show further gives no weight to the story. As far as viewers care, the internal conflict that should be affecting both Hulks has been resolved. Jennifer is able to instantly come to terms with being able to defend her client despite some initial hesitancies because of events that the viewer will never get to see. It’s nice that the villain’s appearance in Shang-Chi and the Legend of the Ten Rings is finally being explained, but Blonsky has evolved so much from where we last saw him. The Abomination—the big bad villain to once rival the Incredible Hulk—has been dumbed down to a soft oddball comparable to Iron Man 3’s Trevor Slattery. He does not pose any challenge to Jennifer Walters.

To top it all off, once again, there is no reason that this show needs to break the fourth wall–it rarely ever utilizes the convention, and when it does, it is not in a meaningful way. Jennifer should be able to perfectly convey her emotions and thoughts to the audience through her attitude and appearance. She-Hulk is constantly opting to turn its classic witty comic book textbox dialogue into full-blown monologues where Jennifer is supposed to be talking with the audience, but all viewers hear is old information they have either already figured out themselves or heard multiple times. There is nothing meaningful in these fourth wall breaks that helps the audience better understand Jennifer and her situation. This episode gave the show a perfect opportunity to utilize fourth wall breaks, but it only uses them for jokes.

She-Hulk: Attorney at Law episode two is a poor follow-up to a show with an already lackluster opening. There certainly is still room for the show to grow and expand upon its cast, but the initial setup of this series should start worrying audiences that things will only take a turn for the worst. If She-Hulk doesn’t make a strong footing soon, there will be no recovery for Jennifer Walters and her half-witted coworkers. All hope is not lost yet, but She-Hulk needs to really ramp up its defense if it wants to keep viewers interested in its sitcom superhero antics. Hopefully, next week will really turn things around as Jennifer begins to help Emil with his conundrum.

House of the Dragon is off to a Promising Start