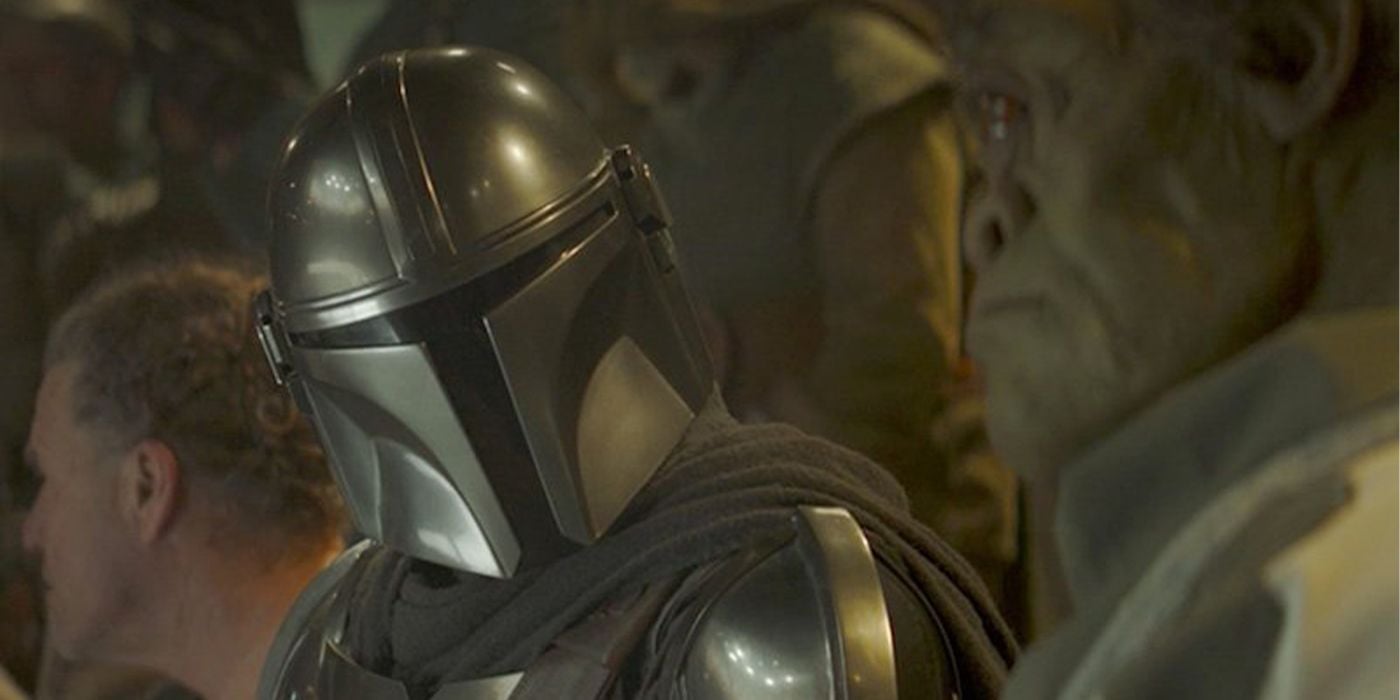 The Mandalorian has finally returned to Disney+ with “The Marshall.” And like Season 1, the only downside is that it’s coming out one episode a week instead of the entire season at once. It’s nice to savor a good show instead of binging it but no one has the patience for this, anymore.

Season 2 starts off with the most space western episode of the series, “The Marshall.” Mando has gone out in search of other Mandalorians. His hope is that they’ll will guide him to other Jedi who can raise The Child properly, teaching him to control his powers. That search leads him back to Tatooine.

“The Marshall” featured an appearance from Amy Sedaris’s Season 1 character, mechanic Peli Motto. Mando parked his ship there while he and The Child searched for a Mandalorian. Mando was actually okay with the Motto’s pit droids working on his ship, showing some real growth in the character.

Mando’s journey takes him to the small mining community in the Dune Sea. There, he walks into the bar and encounters Boba Fett. Well, it was actually the Marshall, Cobb Vanth, wearing Boba Fett’s armor. This swerve was painful but somewhat expected and well-executed.

Vanth was played by Timothy Olyphant, who just keeps getting better. Given the old school western vibe of this episode, Olyphant fit right in. He immediately felt like a character similar to Cara Dune or Kuiil from Season 1 in that he will hopefully appear again.

Knowing Mando wants the armor back, the Marshall cuts a deal. In exchange for helping Vanth kill a monstrous Krayt dragon that’s terrorizing the town, the Marshall would return Fett’s armor. Mando accepts the offer rather that simply killing a good man.

To complete the mission, Mando helps forge peace treaty between the townspeople and a nearby village of Tusken Raiders. The Krayt dragon has been killing them for a long time. The partnership between these disparate groups proves successful, and the dragon is killed.

The Child (NO SPOILERS)

As always, The Child is perpetually by Mando’s side. In that way, nothing has changed from Season 1. But The Child took a backseat to everything else happening the episode. This was already a huge change from from Season 1 when The Child was a more active part of the story.

Mando’s primary mission is still trying to reunite The Child with the Jedi. But it honestly doesn’t look like anyone is after the duo after the events on Nevarro that closed out the first season. That’s how the situation certainly appears in “The Marshall” in the start of Season 2.

If Moff Gideon is still chasing them, the pressure has certainly eased off. When Mando went into the bar, he actually left The Child on his speeder. The Child eventually wandered into the bar on his own, but that really wasn’t good parenting with or without bounty hunters chasing them.

With that pressure gone, it feels like The Child is more of a set piece than an active player. The camera kept cutting to reaction shots of The Child in the satchel on Mando’s speeder. That’s pretty much everything the little guy did in the entire episode.

The bar scene has brutal a one-two punch of moments. When the Marshall entered the bar in Boba Fett’s armor, Star Wars fans immediately assumed the character had returned. Then, Vanth took the armor off and admitted he bought it from some Jawas. It was a perfect shot to the gut for fan expectations.

Since Season 1, Episode 1, fans have speculated that The Mandalorian would feature the return of the storied bounty hunter. As such, the swerve in “The Marshall” was absolute perfection. It led to a great story that set the stage perfectly for Mando’s continued journey with The Child.

Then, the final moment of the episode hit. As Mando and The Child rode across the Dune Sea on their speeder, a shadowy figure was watching them. He turned around to reveal his face. It was Boba Fett, watching Mando ride off with his armor, backed by Tatooine’s twin suns.

Temeura Morrison played the older, and somehow still alive, Boba Fett in “The Marshall.” Morrison also played Jango Fett in the film Attack of the Clones. Jango was the genetic basis for the Clone Army, as well as being Boba Fett’s “father.” Technically, Boba was also a clone of Jango.

What this means for the series going forward remains to be seen. It would be hard to imagine Boba Fett only appearing for a few brief moments, then walking away. That’s something the recent sequel trilogy would have done, and fans notoriously loved those movies.

“The Marshall” was a solid start to Season 2. The problem with fans knowing too much about casting is that now everyone is anticipating the live-action debut of Ahsoka Tano. They also want answers to questions like who Sasha Banks is playing and if Ezra Bridger will appear.

While such answers will be interesting, they overshadowed episode. Hopefully, those answers will be forthcoming and the show can move on with the story. As is often the case with Star Wars, they will probably just end up raising even more questions.

Regardless, “The Marshall” was an interesting dive into Star Wars lore. It once again returned to a planet that has proven to be key to the mythology. While some nostalgia is great, hopefully Season 2 doesn’t just turn out to be a “best of” Star Wars anthology.

The Haunting of Bly Manor: A Clumsy, Darkly Eloquent Remix