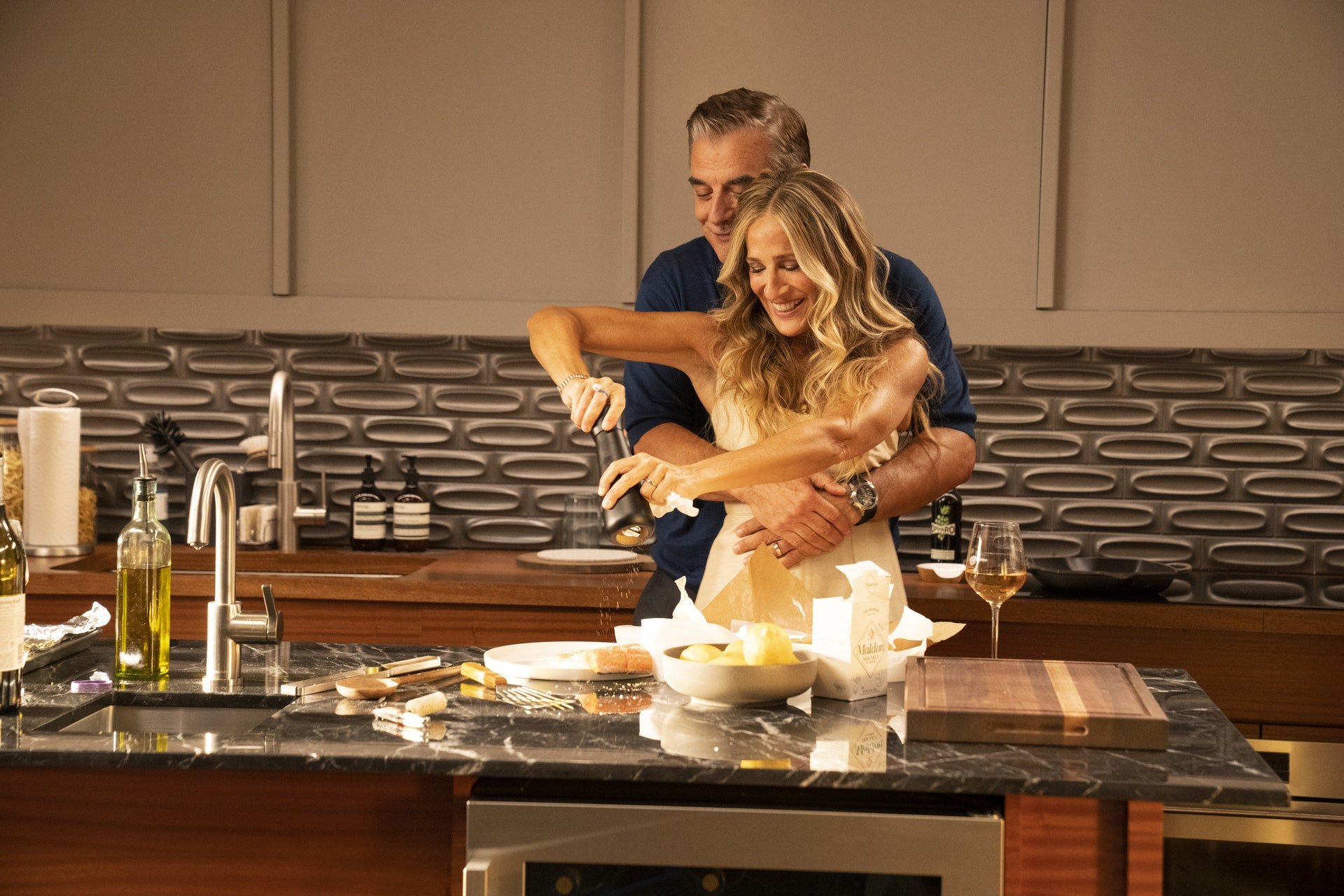 It’s been over fifteen years since the women of HBO’s Sex and the City were on television, and it’s been over ten since we’ve had any updates from their lives at all. So when fans of the acclaimed show heard there was going to be a continuation of the original series the expectations were high. Unfortunately for And Just Like That… they were too high.

What Happens In the First Two Episodes

The show, which just made its first two episodes available to stream on HBO Max, follows the girls back in present-day New York. The pilot, “Hello It’s Me,” opens on Carrie (Sarah Jessica Parker), Miranda (Cynthia Nixon), and Charlotte (Kristin Davis) waiting for a table at a fancy restaurant. They’re older, wiser, and minus the famous Samantha Jones (Kim Cattrall), which doesn’t go unnoticed by their friend, Bitsy (Julie Halston). We’re then given a heavy-handed explanation that Samantha is “no longer with us” and has relocated to the United Kingdom for work.

We then follow Miranda, who’s decided to pursue a Master’s degree so that she can change her focus from corporate law to civil rights law. She attends the class of Doctor Nya Wallace (Karen Pittman) where she has the most cringe-worthy interaction with her professor concerning the hairstyles of Black women and ageism in academics. We also find out that Brady (Niall Cunningham) is dating a woman that Miranda is less than happy about.

We then see Charlotte struggling to connect with her youngest daughter, Rose (Alexa Swinton). Her eldest daughter, Lily (Cathy Ang), has a piano recital that night and she just wants Rose to wear the floral dress she bought her (something her daughter has no interest in). Rose eventually wears the dress to placate her mother, but not before pairing it with running shoes, a tuxedo t-shirt, and a hat.

Meanwhile, Carrie is navigating her career as an author, Instagram influencer (where she runs a profile about interesting fashion around New York), and podcaster. After an uncomfortable day of recording and her co-host, Che (Sara Ramirez), asking her to dialogue more, she returns home to Mr. Big (Chris Noth) and the two of them make supper together. Although they have plans to go to the Hamptons, Carrie convinces him to postpone the trip so she can attend Rose’s recital. He doesn’t mind and makes plans to fill the evening with a cigar and then his 1000th Peleton class. Unfortunately, while Carrie’s at the recital Big has a heart attack and she comes home to find him on the bathroom floor. She only has a few seconds to say she loves him before he passes away in her arms and the episode ends.

Episode two, “Little Black Dress,” picks up almost immediately where the pilot ended. Miranda gets a call and rushes over to Carrie’s home just in time to see the coroner’s office take Mr. Big’s body away. Carrie’s a wreck, as is to be expected, but wakes up in the morning unable to cry. Miranda goes to school but has another uncomfortable moment with Dr. Wallace. Meanwhile, Charlotte tries to help Carrie plan Big’s funeral but gets too emotional to be helpful and ends up going home at Carrie’s behest.

Carrie then puts together a service for Big that looks more like a production than it does a funeral for her husband. It’s minimalist, sleek, and features an arrangement of flowers that were sent by Samantha to Carrie. She then goes home where she’s met with dozens of condolence gifts at her front door.

A few days later, she receives her husband’s ashes by courier and invites Miranda and Stanford (Willie Garson) to her place for moral support. While there, Charlotte shows up and asks why she wasn’t invited, suggesting that Carrie blames her for Big’s death as she was the one who pressured Carrie to go to the recital, instead of the Hamptons, that night. However, it’s revealed that Carrie blames herself for Big’s death and makes up with Charlotte before inviting her inside too.

As much as we’d love to rave about the first two episodes of And Just Like That…, there just isn’t that much to celebrate. The clothes are stylish, the girls are the same people we said goodbye to over ten years ago, and New York is as gorgeous as ever. It’s also great getting to see the women evolve as characters. Miranda’s change from corporate to civil rights law is especially positive following her character’s growth in Sex and the City 2 (2010). And the fact that they’re examining what it means to be an ally in 2021 is especially relevant.

They’ve also brought on three recurring characters who are women of colour, which is a welcome addition to the show, as well as featuring LGBTQ2+ characters more prominently in the program.

Unfortunately, that’s about all the positive things we have to say about And Just Like That…

Although Miranda got a positive(ish) change of character, the same can’t be said for Carrie or Charlotte. It feels strange to hear Carrie talk about her social media and podcasting, and stranger still that she would shy away from talking about sex when that’s what she’s best known for. Charlotte, on the other hand, feels completely unmarried from who she was in Sex and the City. When we last left her, she was struggling with motherhood but happy to have her family. However, she’s now more obsessed with her daughters wearing dresses and keeping up appearances than she seemingly is for their happiness.

And Just Like That… also tries really hard to feel modern and relevant. Some could say too hard. From vaping to podcasts to “woke” dialogue to talking about COVID, the show was a lot. Although they tried to reflect the cool side of present-day New York, it felt more like a caricature of how people think the cool side of present-day New York looks.

When And Just Like That… was announced, fans were concerned about how the show would work with the absence of Samantha Jones. And the answer is… it doesn’t, because she’s not exactly gone. The pilot spends a large portion of the episode giving heavy exposition about the falling out that Samantha had with Carrie. It’s revealed that Carrie fired Samantha as her publicist because of changes in the book industry and that Samantha retaliated by moving to the UK, ignoring everyone’s texts, and refusing to return their calls. The show makes Samantha seem childish and villainous, while also making it seem like the women desperately need her to return. It’s a strange combination that looks bad on everyone.

The death of Big also feels like lazy writing. On a series so focused on relationships and the stages of them, the death of Big just feels like a plot device for Carrie to explore widowhood and dating after marriage so she can write her next book. It was predictable, sudden, and a disappointing way to kick the series off.

Ultimately, if you’re a fan of Sex and the City then And Just Like That… might be a huge disappointment to you. With stale writing and forced conflict, the first two episodes fall extremely flat. We’ll keep our fingers crossed that the rest of the series—which has new episodes available to stream every Thursday on HBO Max—is at least a little bit better.

Harlem Is Bold and Nuanced as the Women at Its Heart

Where is Everybody at the End of Season 1 of The Witcher?