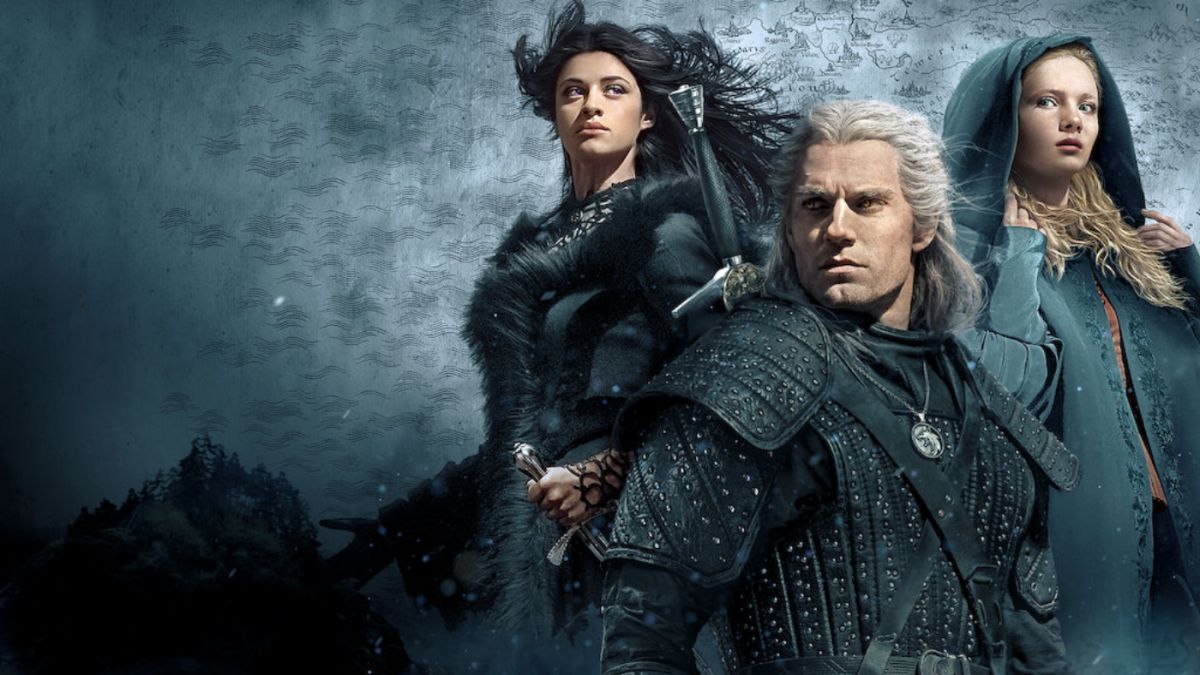 How did The Witcher, Season One, End?

Season one of The Witcher has multiple timelines, a lot of politics, and a large cast of characters. Some of us (me, cough cough) had to read reviews at the end of every episode because we had so many questions. It’s a stunning show, but a bit dense to say the least. In preparation for season two coming to Netflix on December 17, here is a list of what everybody is doing at the end of season one.

Injured, but finally united with his Child of Surprise, Geralt looks a little worse for wear. He and Cirilla (Freya Allan) aren’t too far from the Battle of Sodden when they find each other. Geralt has been looking for Ciri since Cintra fell. After battling some zombies, he’s been delirious and sick in the back of a merchant’s cart for some time. The audience sees a very vulnerable side to Geralt in this final episode. He asks the merchant if he could be taken to Kaer Morhen in the Blue Mountains and his adoptive father, Vesemir, so he can heal. Visenna (Frida Gustavsson), a healer, mage, and his mother who left him on the road, comes to him in his dreams and heals him and he still wants to know why he was left for the Witchers. Geralt might finally be ready to be a father to Ciri and emotionally available for that relationship.

Ciri has been hunted and traumatized. She also knows she’s special and that she can kill people with a scream. New tough Ciri trusts nobody, even good people who are kind to her, like the merchant’s family. They want her to just seamlessly fit into their family, but Ciri can’t do that. She’s seen and experienced too much to be an ignorant kid any longer. Ciri dreams of Geralt, who is dreaming of searching for Yennefer (Anya Chalotra) and decides to take her destiny into her hands. No longer is Ciri passively letting things happen to her. She is an active participant in her life, which is portrayed through the smallest of acts, like when she runs to find Geralt in the woods instead of waiting for Geralt to find her.

Yennefer is a busy mage in the finale. She goes to the Battle of Sodden and acts as a lookout for the bulk of it. Yen is waiting for Tissaia (MyAnna Buring) to lead the mages to victory, but Tissaia is MIA. As the battle continues into the night, things are starting to look bad for the Brotherhood. Yen finally finds Tissaia, gets a pep talk from her mentor, and decides to fully embrace her exceptionally strong connection to Chaos. She takes the fire blazing throughout the keep the Brotherhood is protecting and turns it on the invading Nilfgaard army in a maelstrom of pain and anger. After Yen lit a massive chunk of the forest on fire, it seems she disappears. Earlier in the episode, the audience saw what happened to the mages from Nilfgaard when they used forbidden fire magic; they literally withered and died. With that knowledge in mind, things aren’t looking too great for Yennefer. If she’s alive, wherever she is, Yennefer is mentally and emotionally crippled.

Fringilla spent much of the finale waging war on the Brotherhood from the Nilfgaard side. She seems to be firmly on Team White Flame, but as the audience hasn’t spent too much time with her, it’s tough to know what she’s really thinking. Did she truly drink the Kool-Aid and now believes that the Nilfgaard armies are liberators and not conquerors? Or is there something else going on here? Either way, Fringilla is a very busy bee leading this battle.

Other than engaging in a short, one-on-one sword-fighting bout with Vilgefortz (Mahesh Jadu), Cahir is seemingly absent for much of the battle. He watches from the sidelines and sees Yen destroy half the forest. With the arrival of the incestuous (never forget) King Foltest (Shaun Dooley) of Temeria and the rest of the northern armies, it doesn’t look too good for Cahir at the moment.

Incapacitated by Fringilla for a significant portion of the battle, Tissaia gathers her strength and makes her way back to the keep by nightfall. She tells Yennefer it’s time for her to unleash her Chaos and is rewarded with Yen’s fire magic making a clean circle around her. Last the audience sees of Tissaia, she’s shouting for her favorite protégé.

Triss (Anna Shaffer), Sabrina (Therica Wilson-Read), and the rest of the Brotherhood

Many members of the Brotherhood traveled to Sodden to stop Nilfgaard from invading the north. Triss has been hideously burnt but still lives. Sabrina, possessed by creepy brain-invading worms sent by Fringilla, tries to murder Yennefer and almost dies herself.

Looked down upon by Stregobor (Lars Mikkelsen) and his cronies for waging battle and using his sword, instead of being a typical mage at a court, Vilgefortz is hard to figure out. He gets beaten by Cahir in one-on-one combat after seemingly exhausting his Chaos magic ability to create swords. But then something odd happens; Vilgefortz finds a mage dying and instead of helping him, he slaughters him. Leaving viewers to wonder, what side is he really on? Why didn’t he help this mage?

As of episode seven, Istredd is studying monoliths in Nilfgaard. He’s keeping his mind of Yennefer and burying his nose in books.

Stregobor stays behind at Aretuza and doesn’t join the fighting. This comes as no surprise as Stregobor is a weak whiny baby.

Audiences still haven’t met the man, the myth, the legend. Who is he? What is he? Is he a conqueror or a liberator? And why does everybody get all cult-like around him? Nobody knows where he is.

Filavandrel (Tom Canton) and the elves

Reportedly, audiences will see a lot more of the elves in season two. As of episode two, if the famous Filavandrel took Geralt’s advice to heart, he’s off gathering his people so they can take back what is theirs.