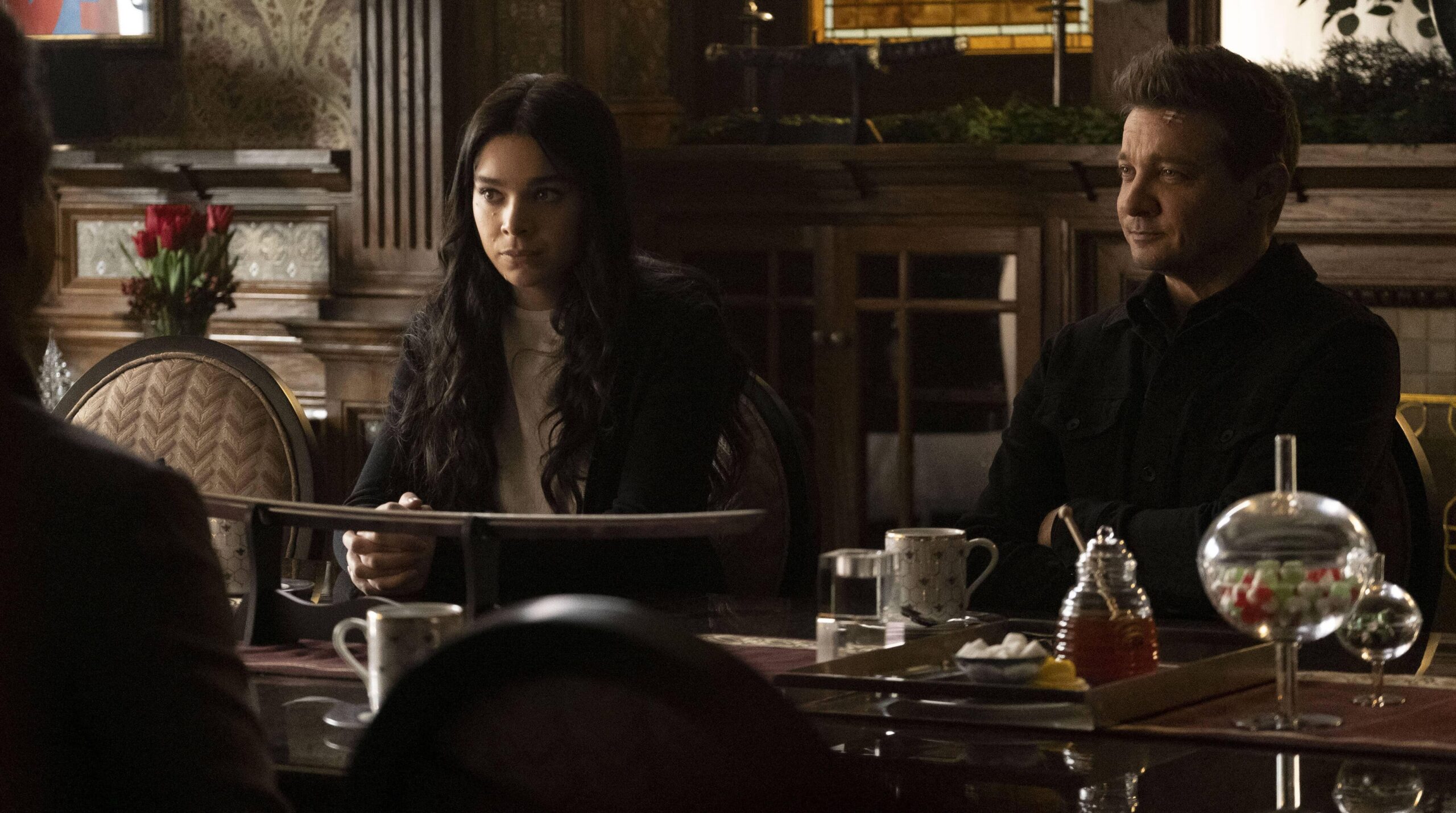 Previously, Hawkeye launched itself into a magnificent spot with “Echoes” after following up a double trope-heavy premiere with one action-packed bonding episode. The mid-season entry was constantly hitting the show’s initial issues as Clint Barton and Kate Bishop dug deeper into New York’s Ronin crime web connecting pawns and archers. With episode four, Hawkeye thankfully continues to delve deeper into Clint’s humanized trauma the series has previously touched upon. It may take its time by slowing the action down, but Clint’s bond with Kate continues to be excellently fleshed out. “Partners, Am I Right?” keeps Hawkeye on a hot streak as the show aims for a perfect bullseye with its notable character dynamics.

Thick into finding a solution to their conundrum, Clint Barton and Kate Bishop wind down from the Ronin issues for some relaxation and planning before getting back to the fight. As Kate throws a small Christmas get-together to make up for the holiday time Clint has lost with his family, the Avenger finally begins to open up about the past to his archer affiliate. “Partners, Am I Right?” pushes both the plot and our heroes forward as Clint is given a shining opportunity with Kate to ease into his morally complicated standing as a tragic hero and desperate father. With a character focus first half and an action-packed back half, Hawkeye’s fourth episode wisely builds off the themes of its predecessor.

As to be expected with the series by now, of course, the strongest aspect of “Partners, Am I Right?” is the natural chemistry between Clint and Kate that continues to flesh out their internal conflicts. Episode four may not be razor tight on continuing Maya’s story or uncovering further connections with the Tracksuit Mafia’s employer, but it does throw breadcrumbs at the overarching mystery while taking a laidback focus. The heart and soul of “Partners, Am I Right?” lies in further bridging the gap between Clint and Kate’s partnership. Clint may miss his family and feel disconnected from reality, but Kate is further able to bring the unsettling hero back to an upbeat side as Renner’s character takes a foster-parent-esque role. Whereas “Echoes” felt connected to the famed archer’s personality, this time Clint rightfully gets a needed taste of his future successor’s personality.

“Partners, Am I Right?” appropriately feels childish as Kate forces Clint into holiday activities and montage bonding sessions. On top of the fun dynamic the two heroes and Lucky the Pizza Dog present though, the Bishop family surprisingly gets quite a few chances to shine during the episode’s opening. Jack Duquesne and Eleanor Bishop may appear for a brief moment in “Partners, Am I Right?”, but the two receive just enough screentime to impact Kate’s perception of their relationship. Jack and Eleanor’s time spent with Kate is not wasted as their scenes continue to escalate the drama between the Bishop family. Kate’s development of a soft spot for Jack will surely come off as a trump card for the series to use in the future. Her slow approval of her mother’s love will surely lead to something substantial soon.

While on the subject of the Bishops, the scenes between Jack and Clint also notably may have just confirmed that Hawkeye might be making quite a few changes to the former antagonist’s past. While Jack had a history with Clint in the comics, the show is evidently not going to connect the two through some convenient backstory from far before the show’s present-day events. Marvel has been criticized for how it has treated some of its newcomers in the previous Disney+ shows, but the move to reinvent Jack’s relationship with the male protagonist definitely is beneficial. The establishment of their first meeting helps avoid any unnecessary comic book-related conflicts and puts Kate in the spotlight.

While we did not get to see Kingpin this episode — or whoever Maya Lopez’s uncle could be, (although all signs are continually pointing to the return of Netflix’s Daredevil villain) — audiences did finally receive a follow-up to Black Widow’s post-credits scene with Natasha Romanoff’s sister. Yelena Belova finally is making moves on her long-teased pursuit for Clint Barton in pure assassin fashion. It’s a shame Yelena’s reveal is not as grand as it could have been, but at least her parallel of Black Widow’s final moment and first fight with Clint does give the Avenger some prominent moments to look back on.

Between Yelena, Clint, and Maya, Hawkeye has a great rivalry pool brewing above its core conflict in terms of personality and combat. The introduction of Yelena was expected for a long time now, but it can definitely be worrying how multiple key characters are only being introduced this late into the series. As long as the show sticks to developing its cast and does not get sidetracked by the addition of too many late newcomers, it’s safe to say this trio is in good hands as they battle it out to resolve their quest to eliminate the Ronin.

It may not be as exciting or immersive as its predecessor, yet Hawkeye’s fourth episode is another sharp shot for the series fans will hold in high regard. As Marvel Studios’ approaches its next penultimate conclusion, Hawkeye has continued to prevail with Christmas delight. It was only a matter of time before a cheerful episode hit the scene — what show centered around the holidays does not have one after all? Hawkeye has done a great job developing its lead characters, however, with two episodes left it still is going to have to prove that its story will not go to waste as its villains are only yet to shine. Let’s hope next week does not lean in too much on Clint’s desire to drop Kate from the mission.

Where is Everybody at the End of Season 1 of The Witcher?