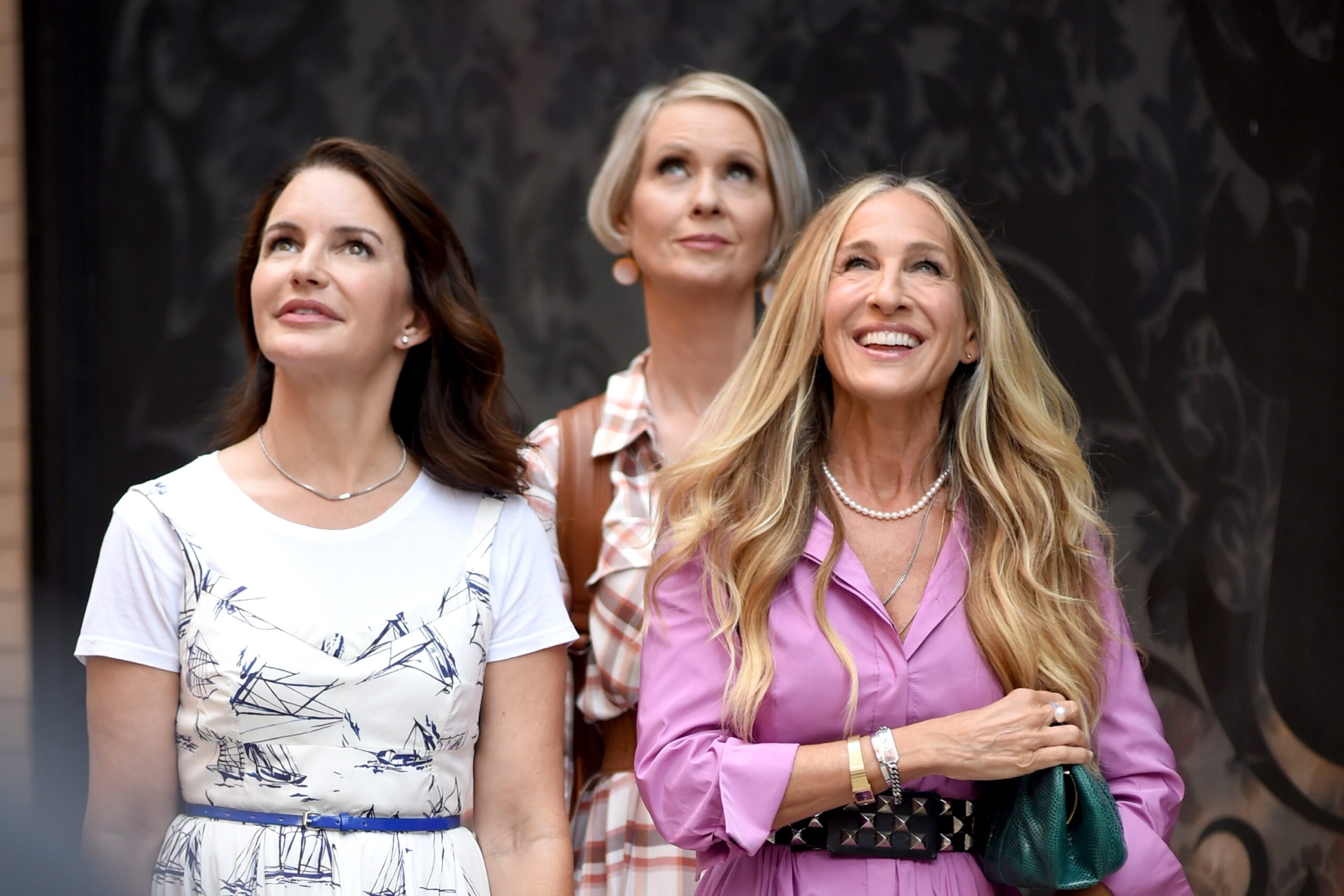 If you’re a fan of HBO’s beloved show, Sex and the City, then there’s a good chance you’re excited for its sequel series And Just Like That… The show picks up twelve years after Sex and the City 2 and follows the adventures of Carrie Bradshaw (Sarah Jessica Parker), Charlotte York (Kristin Davis), and Miranda Hobbes (Cynthia Nixon) as they live life in the Big Apple. Although Kim Cattrall won’t be reprising her role as Samantha Jones, the show promises to bring back a cast of beloved characters, new faces for us to love, and whirlwind adventures for this group of headstrong women. But, if you’re still not convinced the show is worth checking out, here are five reasons you shouldn’t miss And Just Like That…

1. To See What Life Has Been Like for the Gals

While we got hints about what life was like for Carrie, Samantha, Charlotte, and Miranda in the two movies that proceeded the show—Sex and the City (2008) and Sex and the City 2 (2010)—it’s been twelve years since we’ve had an update on what life has been like for our favourite quartet. We’ll get to see how a conventional marriage has been treating Carrie and Mr. Big (Chris Noth), a self-professed unconventional couple. We’ll get to check in on how Miranda’s marriage with Steve (David Eigenberg) has recovered since his affair and her change of jobs, as well as Charlotte and Harry (Evan Handler) and their two children. And, of course, we’ll finally discover how the showrunners will address Samantha’s absence in this new series since Kim Cattrall’s public fall-out with Sarah Jessica Parker.

2. It Popularizes Narratives About Women in Their 50s

It’s been a long time since a popular show of this magnitude revolved around the narratives of women in their 50s. Although we’ve seen shows like The Golden Girls, Grace and Frankie, and Big Little Lies enter the pop-culture sphere and address the stories of older women, it’s great to see a show with as big a viewership as Sex and the City do it too. The original show was hailed for how it told female narratives and explored the problems of women in their mid-30s. So it’s exciting to see how And Just Like That… handles the narratives of older kick-ass women.

Although Sex and the City had some diversity, it ultimately revolved around the privileged lives of four white women living in Manhattan written by a mostly white writers’ room. Although the foundation of the premise for And Just Like That… is likely to be similar, HBO has confirmed that the writing team for the show will be inclusive, with three of the six main writers women of colour. The show has also added three regular characters to the series, also women of colour, and have been making efforts to make the show diverse and reflective of the vibrancy of New York City.

Let’s be honest, the clothes were one of the best things about Sex and the City when it came out. Although the 2000s should never be considered the apex of fashion, it was fun getting to see what crazy outfits the women were going to wear next, and even in the two feature films the fashion sported by Carrie, Samantha, Miranda, and Charlotte was front and centre. With this series, one can only guess that fashion is going to be equally important (it is Carrie’s obsession, after all) and we can’t wait to see which designers and stylists they work with next.

5. We Still Need the Show to Answer a Lingering Mystery

Sex and the City did a great job of tying up loose ends and answering almost all the lingering questions that fans had after it concluded thanks to its two sequel films. Almost all. There’s still one question that’s been needling away at fans for years: how the hell does Carrie Bradshaw afford a Manhattan apartment and designer clothes on a writers’ salary? We’ve seen her in debt and worried about her finances, sure, but it doesn’t quite tell us how she managed to get the apartment and her vast wardrobe to begin with. Here’s hoping And Just Like That… answers this burning question.

You can catch And Just Like That… on HBO Max with the first two episodes available to stream as of December 9th.

And Just Like That… Sex And The City Main Characters, Ranked By Likability

Succession and the Worst Birthday Party Ever