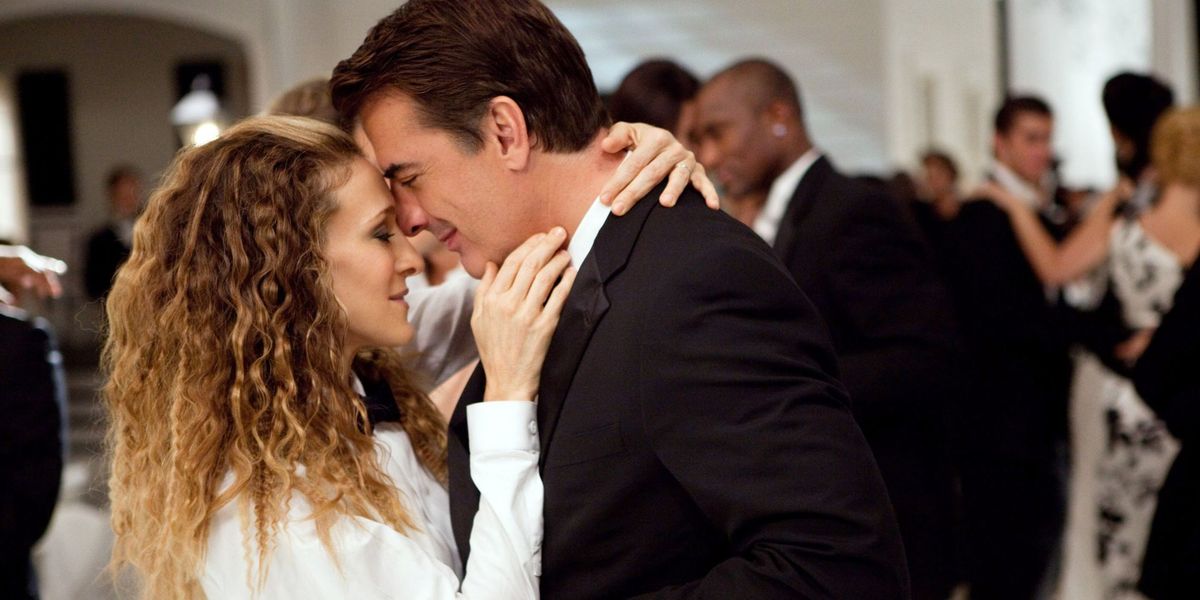 If you’re a fan of Sex and the City, then there’s a good chance you’re counting down the day until And Just Like That… hits HBO Max on December 9th. Now that Carrie’s (Sarah Jessica Parker) settled down and is happily (we hope) married to Mr. Big (Chris Noth), we can only guess that the series is going to revolve around the lives—and not men—of the famous quartet-turned-trio. Since we’re likely not going to get as much dating action as the original series, we at Tilt thought it would be a fun idea to rank the ten most-memorable men Carrie dated on Sex and the City.

And just like that, the Sex and the City boyfriends ranked…

There’s nothing wrong with Carrie dating a politician, there’s just something wrong with her dating this politician. Carrie meets Bill Kelley (John Slattery) while on a jury to pick the finalists for the New York Fire Department’s annual male calendar. Although Carrie’s hesitant to go out with him given that she’s just come off of a bad breakup, his no-pressure approach wins her over. There are initially sparks between them, but that changes after Carrie declines to participate in a golden shower with him and after he shames her for being a sex columnist. (Which, for the record, is way more respectable than being a politician.)

Keith Travers (Vince Vaughn) seems like exactly the kind of guy Carrie deserves to meet while on a trip to Los Angeles with her friends: funny, kind, and successful. The two of them immediately hit it off and he even helps her and Samantha (Kim Cattrall) sneak into a movie after-party. He claims to be Matt Damon’s agent and eventually whisks Carrie away to a gorgeous home where he sleeps with her. Unfortunately, it’s discovered that Keith made his whole life up (he’s actually a personal assistant) after Carrie Fisher walks in on him and Carrie in her home. What a creep.

In this episode of Sex and the City, Carrie is on the rebound and decides to call up her “sex buddy” John McFadden (Dean Winters). She tells her friends that the two of them always have a good time, which leads her to wonder why she’s never taken their casual relationship to the next level. Deciding to try something new with John, she invites him to dinner where they both quickly realize the only connection they have is a physical one. Although John is a slightly boring partner for Carrie, there’s nothing inherently wrong with him which is why he’s at least a step above Bill Kelley ad Keith Travers.

Dr. Bradley Meego (Patrick Breen) is the man famously known as the one who’s “good on paper.” Although the show didn’t necessarily coin the term, we’re willing to bet it exploded as a way to describe partners after his introduction to the series. Carrie and her friends go up to the Hamptons for a party, and she’s eager to get to know the charming doctor, but things are cut short for her romantic exploits when Mr. Big comes back from Paris with a new woman. Although Carrie and Bradley don’t have a torrid love affair, he’s kind, respectful, and, well, good on paper.

Look, let’s be honest, Jack Berger (Ron Livingston) is charming as hell. He’s funny, creative, and his smile packs enough power to light up Manhattan. Unfortunately, he’s an absolute man-child. Carrie first meets Jack at her publisher’s office, where the two have instant chemistry. The two of them spend the day together, but when Carrie invites him to her book launch he reveals that he’s going to be at his girlfriend’s party (which, given the romantic and flirty time they’d spent together, was a big red flag). Eventually, the two of them go on to date, but after Carrie comments on a scrunchie-wearing character in Jack’s book, it’s clear he’s super insecure about his writing and success. The two of them are on-again-off-again until Jack finally breaks up with her… on a Post-in-Note reading “I’m sorry. I can’t. Don’t hate me.” Sorry, Jack, Sex and the City fans can’t make any promises about that last one.

Ben (Ian Kahn) might only be a blip in Carrie Bradshaw’s dating timeline, but he’s one of the few sincere nice guys that she ends up dating. Carrie, paranoid that all men in New York are “freaks,” even goes so far as to go on a double date with the dashing journalist accompanied by his friend and Miranda (Cynthia Nixon). The more time Carrie spends time with Ben the more she falls head over heels for him… and quickly becomes convinced he’s hiding some horrible secret about himself. She ends up trying to break into a locked box under his bed after he leaves to play soccer. Unfortunately, he walks in on her trying to jimmy open the lock and ends things with her. Carries realizes she was the “freak” in the relationship and wanders home into the rain. (Oh, and if you’re curious, the box contained his old Cub Scout badges.)

Although this isn’t the first Sean to grace Sex and the City, this one is certainly the most memorable. Openly bisexual, funny, and charming, Sean (Eddie Cahill) takes Carrie to an intimate house party where she meets his close friends and a collection of exes comprised of men and women alike. The group plays a game of spin the bottle, where she ends up kissing a woman named Dawn (Alanis Morissette) before sneaking out of the party, alone. Honestly, there was nothing wrong with Sean—he’s arguably one of the best men she has dated during the length of this series—and we can only hope he found a partner who supports and validates his sexuality, instead of one who perpetuates biphobia!

After visiting a local performance piece with Charlotte (Kristin Davis), Carrie ends up meeting the intriguing Russian sculptor Aleksandr Petrovsky (Mikhail Baryshnikov). The two of them seem like an odd couple at first, but quickly find themselves in a whirlwind love affair. Despite Miranda’s concerns about how quickly their relationship is moving, Carrie quits her job and moves to Paris with Aleksandr. Unfortunately, Carrie’s boyfriend begins neglecting her to focus on his art and she finds herself practically alone in a foreign country. Things ultimately go sideways between them—with events culminating in Aleksandr accidentally slapping Carrie—and she tells him that it was a mistake for her to come to France with him. Luckily for her, she runs into Mr. Big right after her big fight with Aleksandr in the hotel lobby.

This might be a controversial spot for Mr. Big, but hear us out. He and Carrie meet in the pilot for Sex and the City and their relationship spans throughout the series and changes over time. They go from casual dating to being serious to breaking up to being lovers to being friends to being back in love to being engaged to breaking up again to eventually being married. It’s a lot and arguably toxic. And let’s be honest, Mr. Big isn’t always great to Carrie. He doesn’t always treat her like his equal, he interferes in her life when she begs him not to, and he even leaves her at the altar. But despite everything, Carrie still loves him and ultimately chooses to be with him in the end. So while he’s at the top of Carrie’s list, he only finishes second on ours.

Aiden Shaw (John Corbett) and Carrie meet while she’s shopping for furniture with Stanford (Willie Garson) and the two have an instant connection. They date for a while and things are going well when suddenly Mr. Big finds his way back to New York and into Carrie’s life. The two of them have an affair, and when she eventually comes clean to Aiden about it he (rightfully) breaks up with her. A few months later, the two of them get back together but this time Aiden puts pressure on Carrie to marry him. Although she says yes, the idea is overwhelming to her and the two break up again when it’s revealed he only wants to marry Carrie because he doesn’t trust her following her affair with Big. Aiden is a fan-favourite boyfriend of Carrie’s and it’s no wonder why. He’s kind, compassionate, sensitive, and treats her with love and respect (plus, he’s not bad to look at). Of all the men Carrie’s dated throughout the show, Aiden was one of the few to put her first and be vulnerable around her, something Mr. Big rarely did when he was with her. Although he and Carrie ultimately don’t end up together, he’ll always be number one in our hearts.

Succession, Hints of the Fall of the Roman Empire

“Blood Calls Blood” a Harrowing Episode of The Wheel of Time