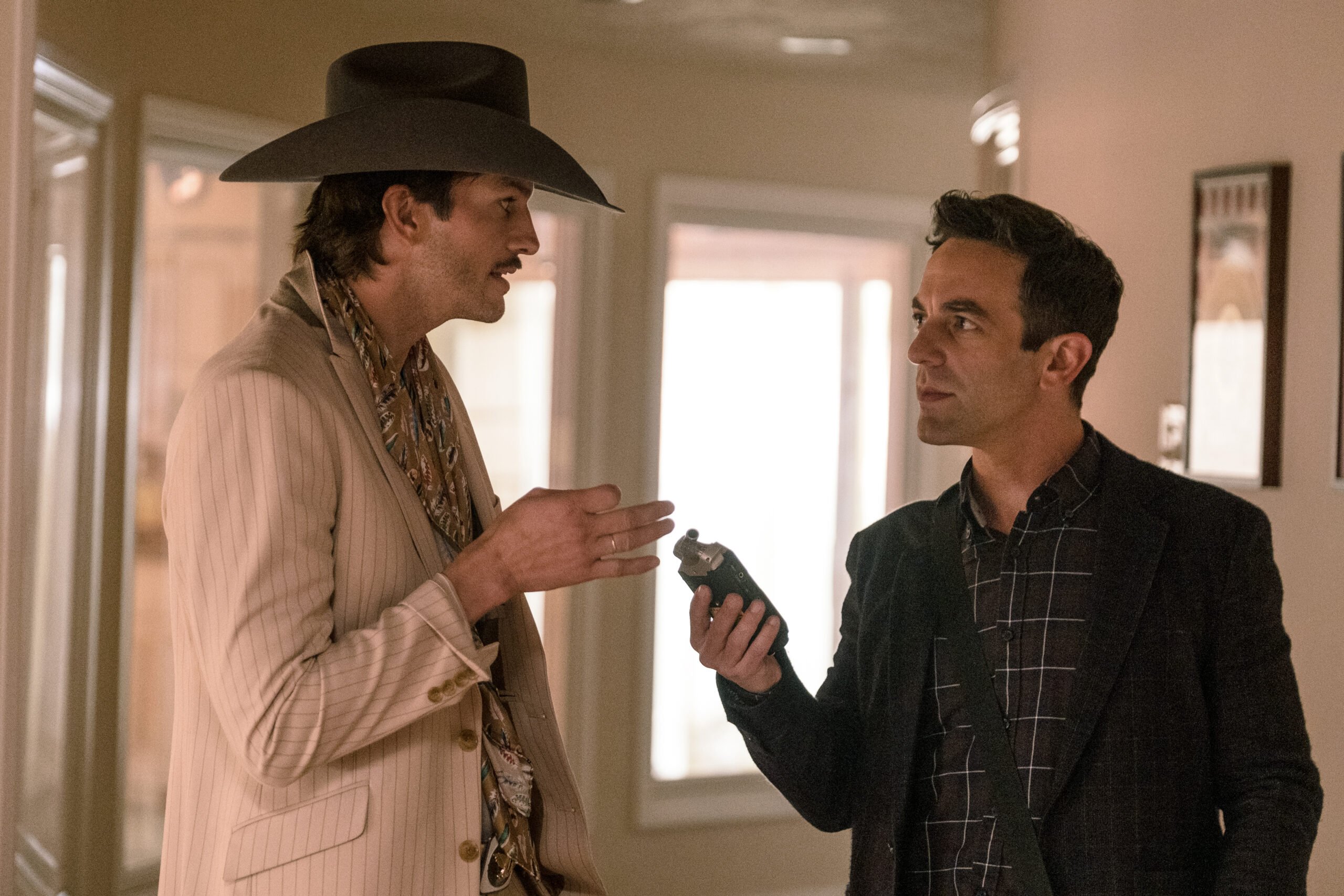 Many fiction films in the last six years have taken a stab at having something profound or surprising to say about the American political divide in the Trump and post-Trump eras.

Vengeance, the directorial debut of The Office actor B.J. Novak, gets a little closer than most such films. But it still falls short, mostly by making many of the mistakes made by most of its predecessors, as well as some new ones. It’s a movie that, ultimately, believes in nothing.

Novak, in addition to writing and directing, stars as Ben Manalowitz, a journalist, podcaster, and all-around East Coast Media Elite. Already a contributor to The New Yorker, Ben desperately wants a hit podcast, and stumbles into one, with an NPR-like outfit, when he gets the word that Abbi (Lio Tipton), a girl he hooked up with a few times, has died suddenly, back in her West Texas hometown.

The film has a fantastic hook, albeit one that it almost instantly abandons: The family thinks Ben was the dead woman’s serious boyfriend, and he plays along, and while her death was ruled an overdose, they think she was murdered. So Ben thinks he’s making a hit podcast, while Ty thinks he’s going to help out with pursuing violent, Texas-style revenge.

There are twists, revelations, and numerous speeches that are uncomfortably on the nose when it comes to what the movie is about.

The lesson, I gather, is that the red state/blue state divide could be more easily settled if the two sides would try to get to know and understand each other. The problem with that is, that Vengeance leaves out quite a few key aspects of that divide (starting with Trump, as well as anything related to race, sexuality, or COVID, with Ben’s Jewishness going relatively unremarked-upon).

Yes, it’s good that the film, unlike so many others like it, doesn’t fall into the easy trap of making all of the Texas characters stupid, toothless rednecks. But instead, it has the opposite problem: The red state characters keep surprising us, and the movie wrings about a half-dozen punchlines about the Texans being surprisingly smart, sophisticated, or erudite. Which, itself, is kind of insulting. Plus, Elmore Leonard was always way better at that sort of thing.

Ben, though? He’s exactly the guy we think he is. He’s introduced at a New York party, caddishly bantering with his fellow womanizer buddy (John Mayer, presumably playing himself), and almost everyone we learn about the character is that he’s a condescending ass. When he’s asked if he’s ever been to Texas before, I knew the answer (yes, to Austin to appear on a South by Southwest panel) before he even started to say it. The character also implies that he went to Harvard, as Novak did.

Sure, he grows a bit throughout the film, but it leads up to a pretty ridiculous surprise ending that’s undoubtedly ballsy but nevertheless feels very unearned.

Issa Rae plays Ben’s editor, who shows up about ten times throughout the film, in a subplot that glaringly doesn’t ever pay off. And Ashton Kutcher shows up as a character who’s more screenwriting crutch than man.

What works? There are quite a few laughs, including a dynamite joke about Liam Neeson. The performances are mostly strong, and the Texas town has a strong sense of place. The Premise, Novak’s FX series last year, was similar- a big attempt at making a statement about America today, that only succeeded occasionally.

In the end, Vengeance doesn’t really believe in anything. It gives characters long speeches about opioids, modern technology, and rural hopelessness, but doesn’t ultimately have anything to say about any of that.

Air Force One at 25: The Fantasy of a Pugilistic President