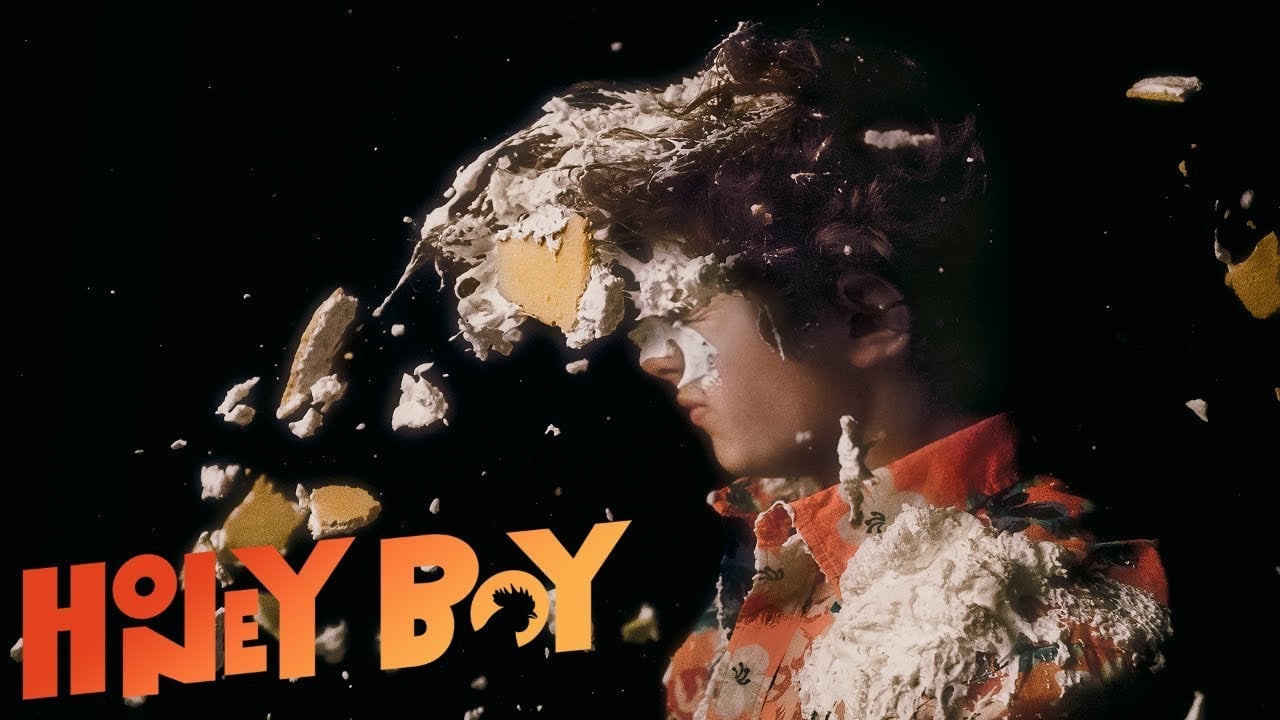 It’s clear from the opening moments of Honey Boy that its subject, Shia LaBeouf, lives with tremendous pain from his childhood. When his stand-in character (Lucas Hedges) is arrested and sent to rehab early in the movie, he screams and thrashes with unexpected and frightening abandon. But it’s quickly apparent that his younger life was filled with not just pain, but also fear — fear of failure, fear of violence, fear of abandonment. LaBeouf and his director, Alma Har’el, have dramatized his life in a way that makes that fear painfully immediate.

After Hedges’ run-in with law enforcement, the film settles into the flashback structure that will animate most of its runtime. Noah Jupe (of A Quiet Place fame) plays a 12-year-old LaBeouf, renamed Otis Lort. LaBeouf himself plays the boy’s father, here named James Lort. Otis is already a burgeoning child star, though most of his roles at this stage require humiliating himself (e.g., he has to take multiple pies to the face). There’s no sense of acting as a calling yet; at this point in Otis’ life, it’s just a way to make a living. His father acts as his professional chaperone (a position for which he’s paid) and the two live in a rundown motel on the outskirts of Los Angeles. James, a Vietnam veteran with PTSD, vacillates (like many abusive parents) between being an overly permissive pal and a domineering, sometimes violent father figure. He forces Otis to do push-ups whenever he gives a bad line reading, then offers him cigarettes when he’s pleased.

Otis and James perform a tangled dance, as the son does his best to keep his distance, and the father tries to pull him ever closer. Occasionally, the film checks in with Hedges’ version of Otis as he rebels at his anger management rehab and begins to consider the damage his father (and unconcerned mother) did.

Though a strong actor, Hedges’ performance is turned up to 10, and rarely goes any lower. The majority of the film with Jupe and LaBeouf is far stronger and more compelling. LaBeouf’s performance, which seems like stunt casting on paper, is equally heartbreaking and infuriating; no one knows his father quite as he must, so perhaps it’s essential that he plays the role.

Though LaBeouf wrote the screenplay, Honey Boy is directed by Alma Har’el, who brings a delicate touch to the affair. She’s able to home in on the story’s quiet moments, a necessity when there is so much explosive acting. Har’el and her cinematographer, Natasha Braier, often bathe their images in gorgeous purple neon light. It’s visually pleasing, but also underscores the subjective nature of the film — we’re seeing LaBeouf’s version of his childhood, but a certain amount of invention and evasion is surely present.

Honey Boy might easily have become a solipsistic act of navel-gazing. Luckily, LaBeouf and Har’el have made a film that’s more than just a stunt. It’s not clear in what direction his career will travel, but LaBeouf has shown that he still has something to give.

Sundance 2019: The Souvenir Is a Festival Highlight