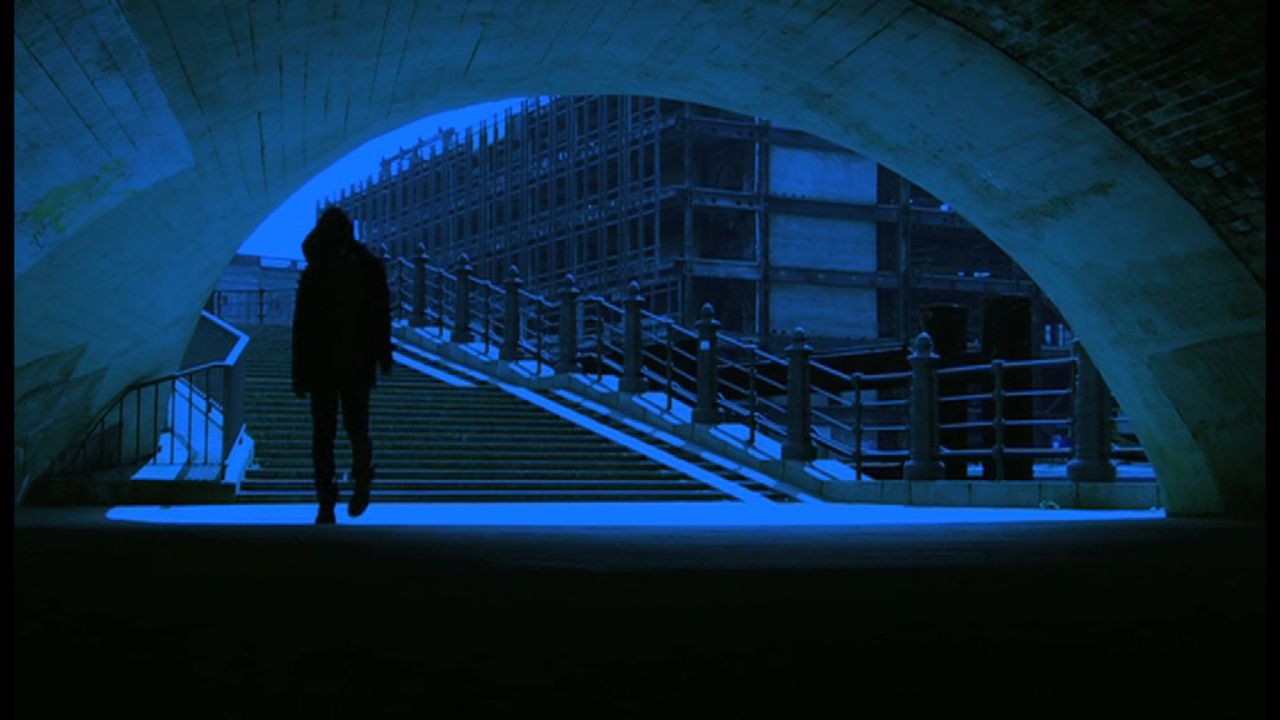 The Razor’s Edge: “The dead look so terribly dead when they’re dead.”

A gay teenage zombie spends his days wandering the streets of Berlin and feasting on roadkill. He soon meets a pretentious experimental filmmaker named Medea, who casts the living-dead-twink in a black and white political drama about a new strain of gay zombies – titled Up With Dead People. But Medea’s interest in Otto grows, and she decides to make a film about him instead. While documenting his experiences as a walking corpse, the adorable twink tries his best to remember his previous life. “Was I a vegetarian?”, Otto asks himself at the start. During production, Otto remembers his former boyfriend is still very much alive, and suddenly Otto finds new meaning in his life – or death.

With each film, Canadian-born, queer auteur, Bruce La Bruce (No Skin Off My Ass, Hustler White, The Raspberry Reich) improves his filmmaking excellence. The filmmaker has spent decades making fierce, betimes hilarious and generally haphazard indie films with a sharp political edge. Only this time, he’s made a genuinely touching pornographic horror film. Once more straddling the line between art and smut, Otto; Or, Up With Dead People, carries the director’s trademark touch of dark humour and pointed politics. Otto revels in zombie genre clichés and uses them as a metaphor for AIDS, homophobia, and for the brutish compliance within the gay community. And has the story progresses, the film becomes a harsh examination of urban life, the film industry, and the gay sex scene. Otto slowly realizes the living have no respect for the dead much less the living, and LaBruce goes far beyond the limits of cinematic good taste to express this. His take-no-prisoners approach offers plenty of opportunities to mix sex and violence, often cutting between images from horror films, war crimes and pornographic sex, including a zombie orgy. But despite all this, Otto’s story is surprisingly moving, and the film has a lot to say about how society will only accept someone if they abide by their personal definition of normality.

In every way, LaBruce’s films are pure anti-Hollywood. His poetic visual sense is closer to Jean Cocteau than George A. Romero, but as a director, La Bruce remains an unapologetic disciple of filmmakers like Paul Morrissey, Kenneth Anger, and Andy Warhol. Otto just so happens to be one of the filmmaker’s best, featuring the spectacular cinematography of James Carman (which continuously cuts between colour and black-and-white), and a soundtrack provided by Anthony and the Johnsons. Straight or gay, this is essential viewing for any true cinephile; That is if you can stomach the blood, gore, and sex.

Otto: “I was a zombie with an identity crisis.”