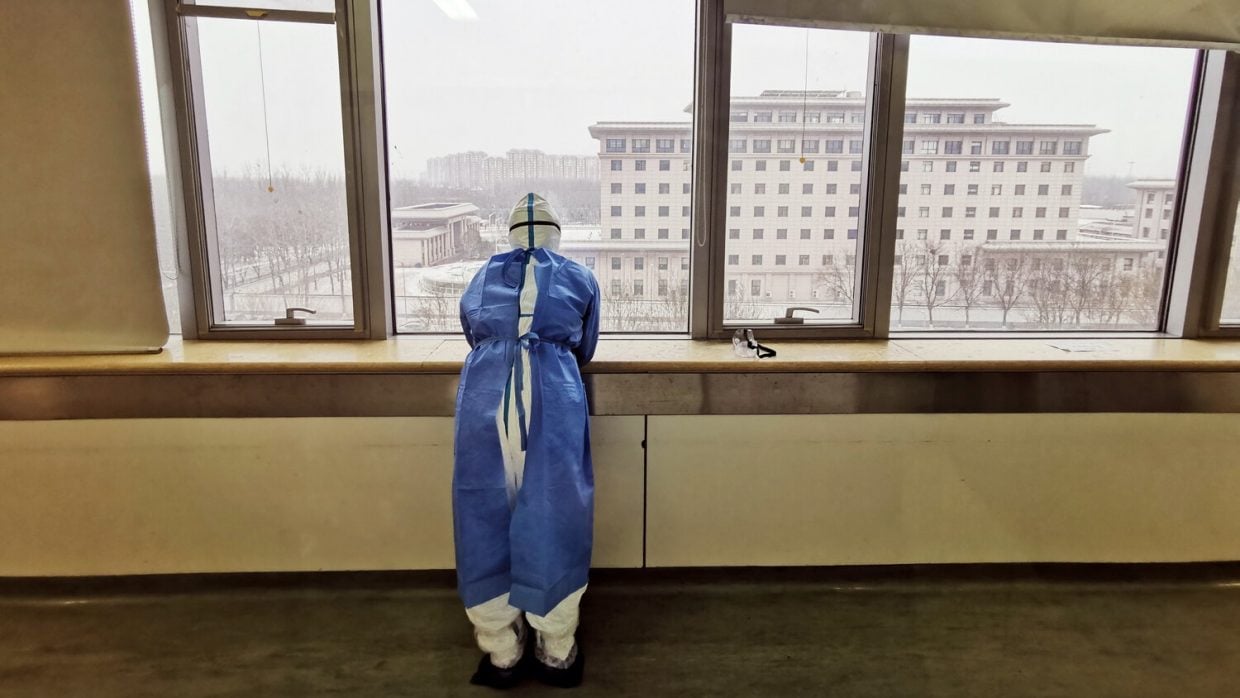 The way different locations around the world handled COVID-19 will be a subject of discussion for a while, but perhaps the most studied will be Wuhan, China. Being the epicenter of the outbreak, it also featured strict lockdown procedures that tested the resiliency of its citizens in an effort to stop the spread of COVID-19 and return life to normal. In Yung Chang’s Wuhan Wuhan, it’s the fortitude of the frontline workers that takes center stage as Chang explores the pressures both at work and at home during one of the most dangerous times in recent history. Surveying a handful of citizens of Wuhan and the workers helping to keep them safe, Wuhan Wuhan offers a deeper look behind the curtain to show a city coming together in a time of need.

Unlike many other films that will likely spawn from COVID-19, Chang wisely steers away from the systems and political mess that may or may not have happened behind the scenes in Wuhan. When the film starts, the city is in lockdown and the only cars on the street appear to be those aiding essential workers. What would typically be a bustling city is eerily quiet now. Yin is one of those helping out essential workers by driving them to and from work. A factory worker with a pregnant wife at home, Yin finds himself with plenty of extra time on his hands and offers to do his part by helping those who can help others.

Within the confines of his vehicle, he talks to doctors and nurses, each eager to talk to someone but also carries less-promising hope for Yin as he hopes the lockdown will be over soon. He also quietly wonders how his wife will deliver a baby during a pandemic. Through those conversations and access to the interiors of the hospitals and makeshift shelters put up to house patients with COVID-19, Wuhan Wuhan gives a glimpse into the state of the outbreak – but more importantly, it taps into the fears that even those with knowledge of the virus can’t shake but can’t admit. Watching how people’s morale is broken down, frontline workers aren’t just illustrated as those saving people’s lives – they’re keeping people calm.

It’s easier said than done though as the audience peeks behind the curtains of different frontline workers’ lives as well, often wrestling with pressures at home (or more often because they aren’t at home). Wuhan Wuhan’s quiet, personal moments of struggle are what define it as more than just a film about COVID-19 – it’s about the ability for people to persevere and overcome adversity. Even in the film’s more difficult moments to watch, there’s this tinge of hope as the film progresses that things will get better.

Ultimately, Chang’s documentary offers a poignant look at humanity in the face of a large-scale crisis. It denies viewers answers to questions about COVID-19. Wuhan Wuhan doesn’t care why the virus is spreading or how it’s spreading, or the impact that it has. It cares about the humans affected and the toll it’s taking on everyone. By shining a light on different people each helping in their own way, Chang emphasizes the importance of a unified fight, even if the opponent is invisible, unpredictable, and life-threatening.