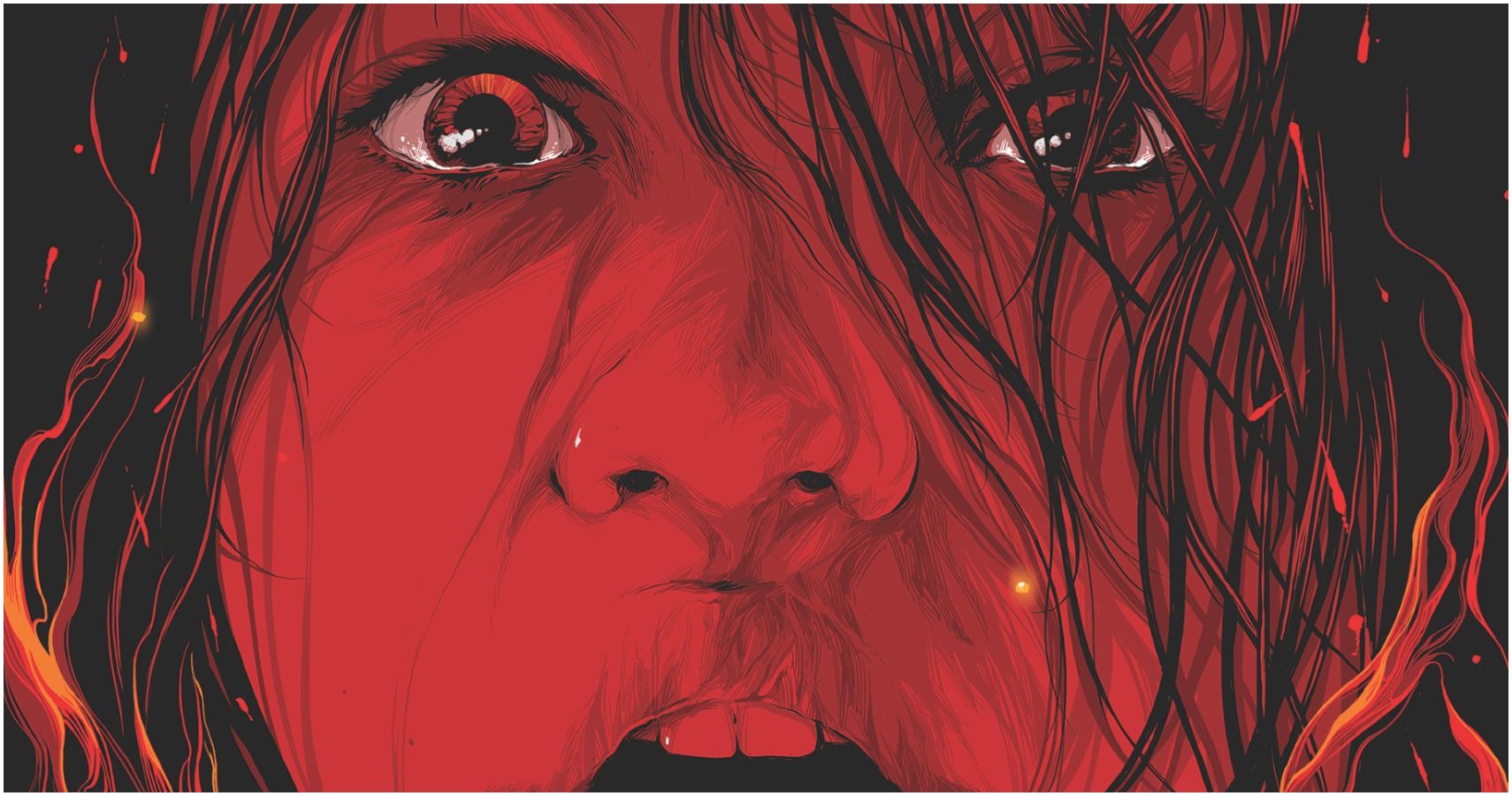 After a long hiatus, writer/director Sean Byrne returns to the big screen with his first American feature, The Devil’s Candy. In 2009, Byrne came out of nowhere and wowed audiences with his cult hit, The Loved Ones. Those who enjoyed The Loved Ones’ clever twists and excellent pacing shouldn’t be disappointed by Byrne’s foray into supernatural horror.

Jesse (Ethan Embry) is a struggling artist with a hipster beard, a fully tattooed body, and an intense love of heavy-metal. Jesse wants to create pieces that are in line with his artistic vision but instead commits to painting butterflies for bank murals so that he can afford to move his wife Astrid (Shiri Appleby) and daughter Zooey (Kiara Glasco) into a new home. When Jesse and Astrid find the perfect property (featuring a giant space for Jesse’s studio) with a price point that’s too good to be true, the couple agrees to overlook the house’s sordid history. As the family settles into their new home, a demonic force begins commanding Jesse, causing him to black out for long periods and create a new macabre style of art. As if Jesse’s demonic corruption wasn’t terrifying enough, the force also calls out to Ray (Pruitt Taylor Vince), the man who committed the horrendous acts of violence that drove down the price of the house. As Jesse loses himself to the force’s influence, Ray is drawn back to the family’s home, the place where his homicidal behavior began. 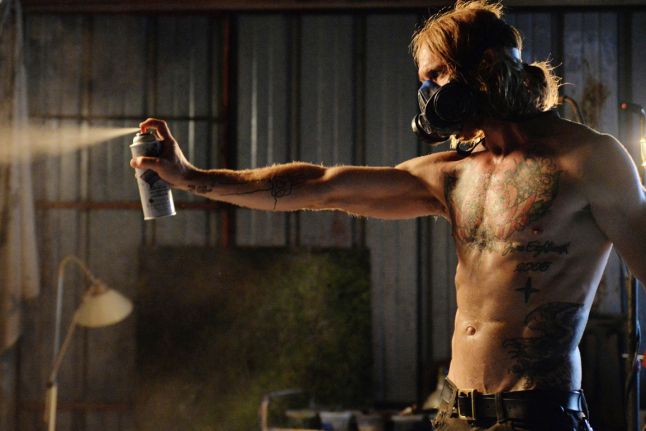 The Devil’s Candy starts out slowly before gradually laying its foot down on the gas and never taking it off. The threat to Jesse’s family is two-fold. On one front, as the possession takes root, Jesse begins growing distant and blacking out while he paints hideous images. On the second front, Ray, an unrelenting murderer — also under the demonic influence —  fixates himself on invading his old home. Successfully crafting a possession movie is no easy feat, pulling off a double possession movie seems near impossible, but Byrne nails it. By the time the movie is over, blood is shed, bodies are buried and family bonds get tested.

The Devil’s Candy features a tight script, solid performances, and a riveting premise that proves Byrne dodged the sophomore jinx.

Bryne does a great job of instilling an escalating sense of dread in the audience. The film’s pulsating soundtrack helps ratchet up the tension while the camera steadily encroaches upon the characters in scene after scene. Byrne is adept at using subtle tricks like allowing the camera to linger just a moment too long at the end of a scene; he knows exactly how to raise the hairs on the back of viewer’s necks.

The audience is several steps ahead of Jesse, Astrid, and Zooey and Byrne uses that to his advantage. Viewers are well aware that the demonic voice speaking to Jesse is only going to get worse and the film manipulates those expectations in order to terrorize the audience. It’s as if Jesse is unconsciously guiding his family towards a chopping block, and only the audience can see the ax up above, lying in wait. 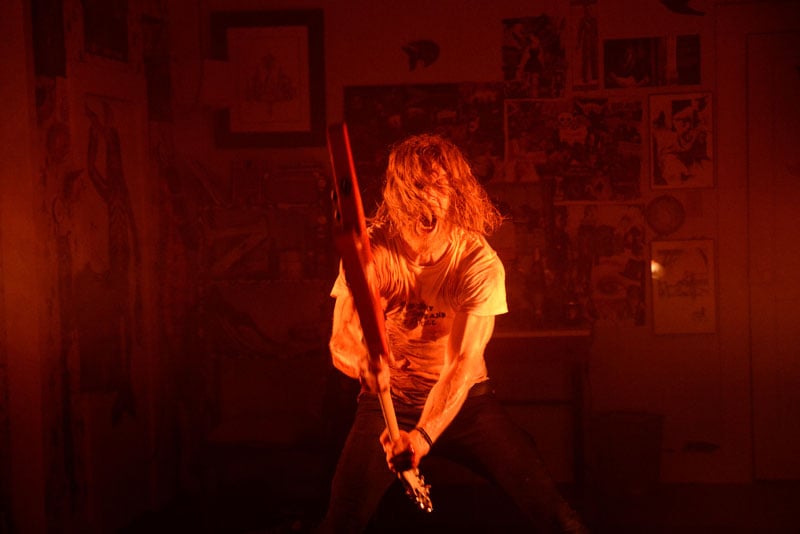 There isn’t a weak link among the entire cast, but Embry’s performance as Jesse stands out from the rest. The only thing that Jesse love’s more than his metal lifestyle is his family. So often in films, rockers and metalheads are depicted as caricatures, one-dimensional dimwits defined by their music and clothing. Jesse comes across as thoughtful, loving, and fiercely protective and Embry makes the audience believe that his character places his family above all else. Jesse and Zooey’s relationship is what makes the film work. Jesse’s personality bleeds over into his daughter, transforming her into not just his child but also his friend. The duo does such a solid job selling their tender bond that a moment as innocuous as Jesse running late to pick Zooey up from school becomes one of the film’s major set pieces.

The Devil’s Candy features a tight script, solid performances, and a riveting premise that proves Byrne dodged the sophomore jinx. The film is a clever mix of chills and thrills that will appeal to those that do not make a habit of watching horror films. Hopefully, the credibility that comes with producing two solid films back to back will ensure that there are no more six-year gaps in Byrne’s filmography.

The Making of a Successful Movie/Music Moment