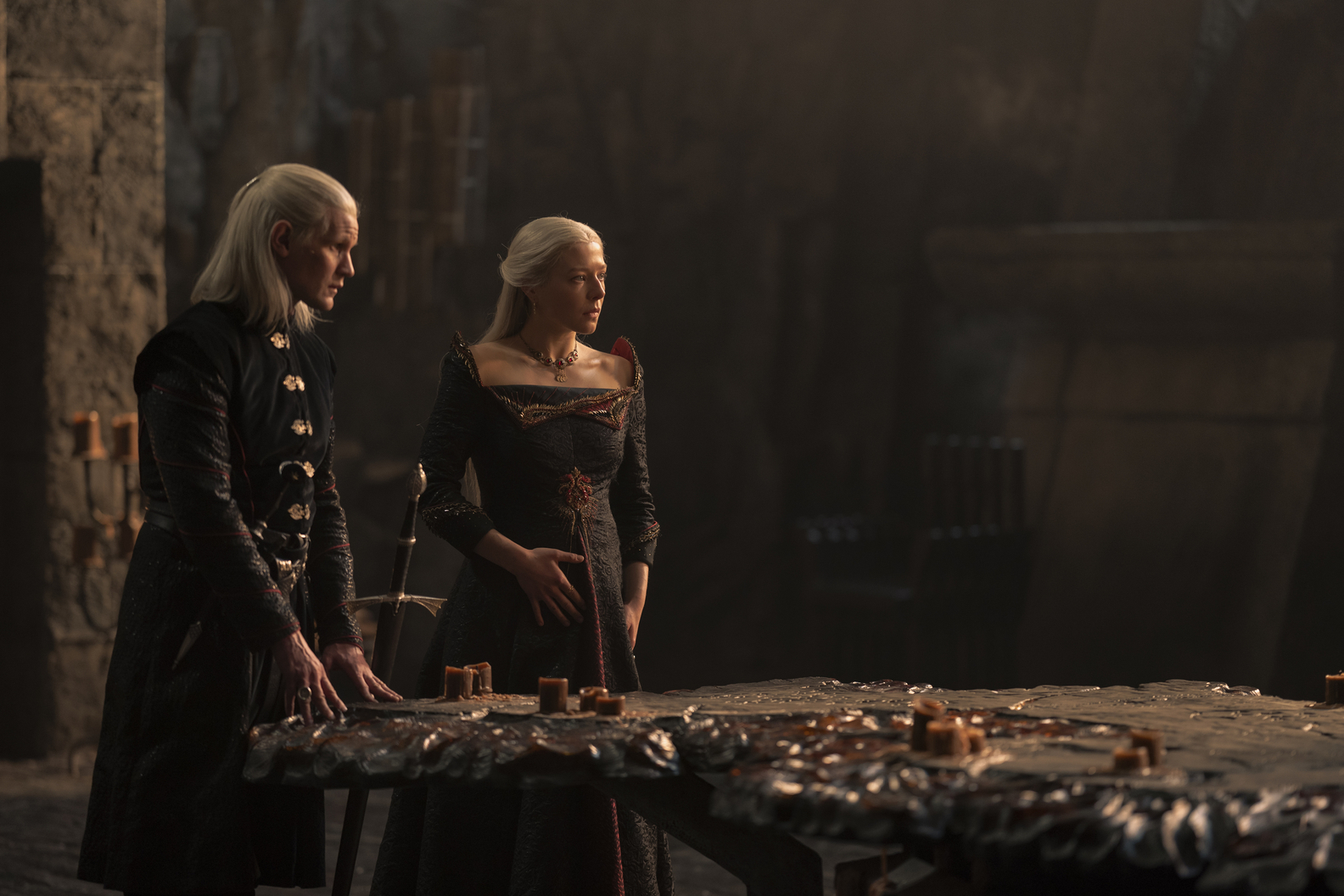 Following House of the Dragon has proven to be quite the rollercoaster. At its best, the series has been absolutely phenomenal. At its worst, it has been downright boring. Last week, the penultimate episode showcased House of the Dragon at its best, boasting stellar character development, stunning performances, and outstanding writing. Unfortunately, this week, the show chose a bad time to experience one of its occasional downward swings into mediocrity, and its rather dull season finale is mostly a letdown.

Part of the issue seems to be a lack of judgement on the showrunner’s part about what counts as a compelling scene. For some reason, House of the Dragon seems to think that people really want to see a bunch of painful scenes of women giving birth; “The Black Queen” features the series’ fourth drawn-out, painful labor scene, meaning that they appear in 40% of its episodes. It is unclear why the show is so obsessed with these types of scenes, although there is a chance that the two male showrunners’ idea of a “female perspective” on Westeros mostly consists of women giving birth.

Unfortunately, the episode relies very heavily on an oddly-directed birthing scene (intercut with shots of a dragon for some reason) for a lot of its dramatic tension. Because this scene falters, the rest of the episode struggles as well, since it was clearly relying on that scene to sustain enough energy to get the audience through some dull exposition. “The Black Queen” only has a few points of action – this birthing scene, an uneventful coronation, a tense moment of politicking on a bridge, and an action sequence at the very end – with the rest being mostly filler content about characters planning their war and debating the ethics of fighting with dragons. After learning that the Greens have taken the throne, Daemon (Matt Smith) wants to take it back using dragons. Rhaenyra (Emma D’Arcy) is hesitant because this path would lead to more civilian deaths, so she wants to find a cleaner strategy. Considering that Rhaenys (Eve Best) just casually killed a bunch of innocent people with her dragon in the previous episode, it is refreshing to see that Rhaenyra is more hesitant about collateral damage.

In terms of collateral damage, the show seems to be flip-flopping a bit on its commentary about civil war. Some scenes have made it very clear that feuds over bloodlines mean very little to everyday people, and that wars over succession rarely have “good” sides since the war itself causes so much death. The show has sprinkled in commentary about how everyday people are constantly paying the price for the plots and ambitions of the aristocracy, and that those charged with “protecting the realm” often seem to care very little about said realm. At the same time, the cinnamon bun-ification of Rhaenyra’s children, the writing of Aegon (Tom Glynn-Carney) as unambiguously evil, and the insistence that Rhaneyra tried her best to avoid the war crimes she will inevitably commit make it clear that the show wants you cheering for Rhaenyra’s side even as it also tries to criticize war. The show is trying to have its cake and eat it too, and I’m not quite convinced it can handle both.

In this sense, House of the Dragon seems to be losing one of the main things that was supposed to distinguish it from Game of Thrones. After promises of moral ambiguity where there would be “no Arya Starks” for fans to cheer on, the show has been rather quick to identify its Joffrey Lannisters for audiences to hate. House of the Dragon has made it clear that Aegon is a terrible king whose occupation of the Iron Throne is dangerous for the people. This choice alone makes the impending war seem less petty than if it was simply a war over who the proper heir to the throne is; making the Hightower’s king a sadistic rapist makes it a lot less hard to criticize the choice of his opponents to go to war. Making Lucerys (Elliot Grihault) seem so precious in this episode (one almost forgets that, as a child, he slashed out his uncle’s eye) and positioning Rhaenyra as trying her darndest to avoid burning innocents alive also contribute to the show’s weirdly desperate attempt to make the audience side with Rhaenyra, despite its earlier claims to moral ambiguity and its occasional attempt to criticize this sort of war of succession altogether.

“The Black Queen” isn’t entirely a waste. It is largely a functional episode, and sometimes more exposition-filled entries are needed in sweeping fantasy series with a lot of complicated politics and geography. While it may not be extremely exciting to hear a list of Rhaenyra’s allies, or to get a sense of the geographical logistics of her war plan, these things help to flesh out the universe and provide important context to the narrative. Unfortunately, the season finale is somewhat bad timing for an episode that sometimes feels like a Wikipedia summary, and the episode ultimately slogs a bit too much to continue the momentum generated by the two fabulous episodes that came before it.

That being said, there are at least two particularly stellar moments in the episode. Rhaenyra’s confrontation with Otto Hightower (Rhys Ifans) when they briefly parlay is sufficiently tense, and the last few minutes of the episode make good use of the series’ inflated budget to create a reasonably strong conclusion. One thing that is also never in doubt about House of the Dragon is the talent of its cast – whether the show is at its best or its worst, the actors always turn out phenomenal performances, and “The Black Queen” is no exception. D’Arcy in particular carries the episode with strength and conviction despite its flaws, and it is exciting to see the return of Steve Toussaint as Corlys.

While the first season finale is ultimately unremarkable, there is still hope for a strong second season for House of the Dragon. The first season had its sputters, but its best episodes were phenomenal, and its highlights were strong enough to make up for its low points. If the second season can follow in the footsteps of the first season’s high points like “Lord of the Tides,” it can certainly continue to establish House of the Dragon as a strong successor to Game of Thrones.