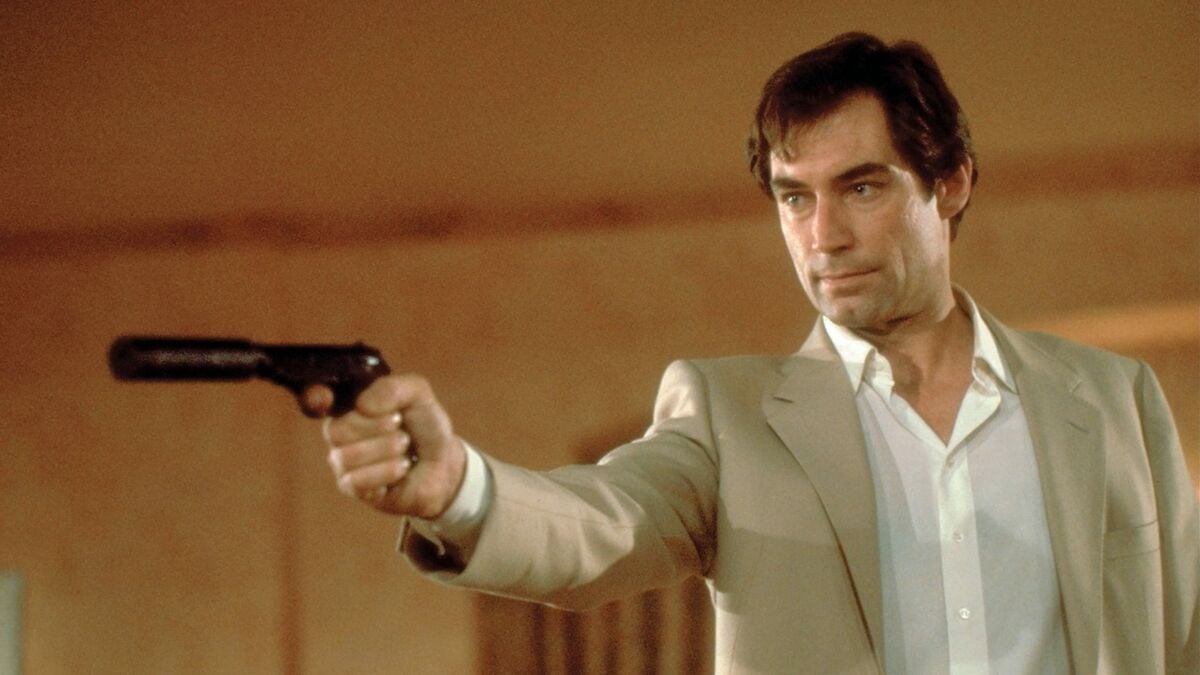 The decision to translate a short story into a feature-length film presents a unique set of challenges. In 1985, after a remarkable 12-year, 7-film stretch, Sir Roger Moore hung up his Walther PPK and called it a day as James Bond 007. As is often the case when a new actor comes along, the producers tend to dial things back a few levels. Current co-producers Barbara Broccoli and Michael G. Wilson have reiterated the importance of finding inspiration in Fleming’s work (see 2006’s Casino Royale).

By the late 1980s, there was precious little Fleming material was left to adapt for the silver screen. One intriguing mission grabbed the studio’s attention; a short story called The Living Daylights (henceforth TLD). Published posthumously with other stories under the title Octopussy and The Living Daylights, it was Fleming at his purest. Furthermore, producer Albert “Cubby” Broccoli’s choice for the 4th 007 was the classically trained Welshman, Timothy Dalton. A self-proclaimed student of Fleming and the early Connery films, Dalton was the perfect choice to bring the series back to its grittier roots.

Ian Fleming’s TLD runs barely 30 pages. What it lacks in scope it makes up for in succinctly getting to the core of what the literary 007 was all about.

M calls upon Bond for a distasteful mission. 007 must go to West Berlin to protect an inside man. Their sleeper agent plans to dash across the East-West border during one of the next three evenings. The problem is the opposition’s own spies received wind of the double agent’s hopeful escape. As such, an East German or Russian sniper will surely be overlooking the designated area. Bond’s mission: kill the sniper.

The British spy heads to a dreary apartment block in a dreary section of West Berlin in dreary weather. His handler Sender is a stuffy pencil pusher. The days are spent at cafés and wandering museums and parks. In the evening, he concentrates exclusively on the four dark windows in a humourless Soviet ministry building on the other side of the border. Or so he should. On the first day Bond notices a group of female instrumentalists entering the building, and a lovely blonde with a cello case. Smitten, the protagonist can’t stop thinking about her and how curious it is for her to be wielding such a gigantic instrument.

On the third and final night, when the British double agent makes his way across the trepidatious area, the East’s sniper comes into better view. The beautiful cellist! Rather than liquidate her, the Englishman maims instead. The inside man makes it across, but Sender scorns the hero for not adhering to the assignment. Bond replies:

“Scared the living daylights out of her. In my book, that was enough. Let’s go.”

That’s pretty much it for the short story. It presents a wonderful, concentrated vision of Bond and his world and can be read in about an hour. But a 2-hour long film it most certainly is not.

As had to be done with the three previous films (For Your Eyes Only, Octopussy, A View to a Kill), a brief, expedient adventure inspired the screenplay for a feature-length film. Easier said than done. Working in the movie’s favour was the return of co-screenwriters Richard Maibaum and Michael G. Wilson. The latter would go on to become one of the main producers in the 1990s and the former was a veteran scribe. His film adaptations went all the back to Dr. No in 1962, although he did not work on all of them. Furthermore, director John Glen embarked on his 4th 007 project, having navigated Moore’s final 3 outings and adjusted the tone from film to film.

At the heart of Fleming’s work are two things. First, the protagonist falls for a woman who turns out to be his target to kill. Second, infamous East-West Cold War tensions, in this case through the prism of a double agent’s defection. The key here was to take those ideas and fit them into a package that global audiences would recognize as a rollicking Bond extravaganza. Clearly, the crossing over from East to West Berlin could not serve as the film’s climax. That may work for a John Le Carré adaptation, but not a Bond picture.

Lovely Girl with the Cello

It could, however, serve as the plot point through which the protagonist meets his leading lady. Said chance encounter would be wrapped around the plot of Soviet double agent defecting, much like in the source material. The latter would be grounded in the modern geopolitics of the era, a period during which the Soviet Union was experiencing its own version of the Vietnam war in Afghanistan.

Without getting bogged down in all the details, John Glen’s film sends its protagonist (Dalton) to Bratislava (today the capital of Slovakia) to oversee the defection rogue Soviet General Georgi Koskov (Jeroen Krabbé) on the night of a grand concert. The gentleman spy meets his contact at the opera house where he notices a lovely girl with a cello (Maryam d’Abo). Sure enough, on the night Bond looks out from his safe house and General Koskov races across the street, the sniper tasked with taking down the Soviet traitor is the beautiful cellist. Bond aims for her gun, sensing that she didn’t know one end of the rifle from another. She couldn’t have been a real shooter. Something is amiss.

007’s instincts serve him right. The woman, Kara, is in fact Koskov’s lover. Why the theatrics? Koskov wants MI6 to believe that renowned Russian General Pushkin (John Rhys-Davies) has gone mad with power and needs to be liquidated. Bond is too good a sleuth and smells a trap. He heads back to Bratislava, meets up with Kara, pretends to be Koskov’s friend and promises to take her to her boyfriend. In truth, the secret agent is using Kara to learn exactly why Koskov doubled crossed the British. What ensues is a labyrinthian scheme to get rich involving a disgraced US army man turned arms dealer (Joe Don Baker), the mujahideen, the war in Afghanistan, opium, and an old villain from the Fleming stories: SMERSH.

There is no question that TLD features a head-scratching plot. It’s extremely intricate, and while it ultimately makes just enough sense, most won’t understand it on first viewing. No harm, no foul.

Past the overly complicated plotting is a story that harkens back directly to the best of Ian Fleming. The Bond of the books cannot help but come to the aid of a woman in peril. He is also a terrific detective and spots clues that ultimately add up to the villains’ ludicrous plots. Finally, the Cold War was a regular background threat, especially in the first 5 books, although tension with the Soviets rears its head in some of the latter short stories (Property of a Lady).

The chemistry between Dalton and d’Abo serves as a terrific romantic anchor. Those familiar with the short story are rewarded with its expansion. In the final lines Bond ponders that he’ll never see her again and she’ll most likely be punished by her superiors for failing to strike the traitor down. In the movie, he does get to see her again and slowly but surely a romance develops. The simplicity of a Soviet defection is given a neat twist, revealing a much grander but overall realistic scheme. Lastly, tying in Koskov’s objective with the gruelling war in Afghanistan of the 1980s is another example of the Bond films finding inspiration in current events. This was not the first time, nor would it be the last.

Not all of Fleming’s short stories were given tactful movie adaptations. From A View to a Kill has a belter of a plot but has yet to be mined (the movie has nothing to do with the Fleming text). TLD is a great example of marrying hallmark Fleming touches with the bombast of the film series.

40 Years Ago: Night Shift Started an Escort Service, For All the Right Reasons