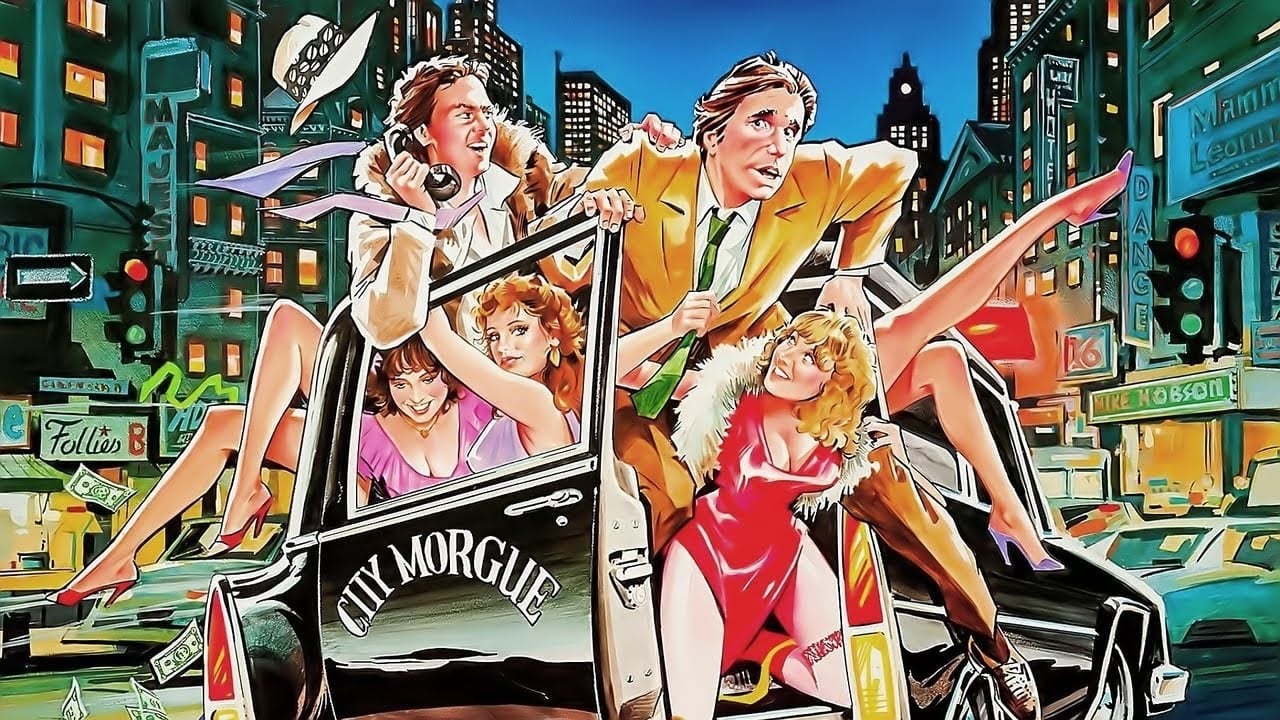 In the 1970s and ’80s, Henry Winkler and Ron Howard worked together on Happy Days, a classic TV sitcom built on nostalgia for the 1950s. In the 1980s, the two reunited for a film about… a mild-mannered young man who finds a way out of his crisis of masculinity, by becoming a pimp.

That film was Night Shift, which was directed by Howard and starred Winkler. It’s a riotous comedy with a great premise, fun performances from actors more associated with sitcoms, and a half-dozen all-time one-liners. In all, it’s one of the great comedies written throughout the ’80s and ’90s that were written by the team of Lowell Ganz and Babaloo Mandel, both of whom had been writers for Happy Days.

Sure, its sexual politics aren’t exactly up to modern-day standards, but it was surprisingly progressive in other ways.

Winkler stars in the film as Chuck Lumley, a former Wall Street whiz who quit that life over the stress it brought him, to take a quiet job at the city morgue. The word “Jewish” is not mentioned in the film, but that’s the heavy implication about Winkler’s character, who’s practically a Woody Allen lead. It also represented something of a shift for Winkler, who had been playing the coolest, smoothest dude of all time for the previous several years.

When he’s displaced by the boss’ idiot nephew (Bobby Di Cicco), Chuck is exiled to the overnight shift, where he works alongside Bill Blazejowski (Michael Keaton), a wild man who uses his hearse as a party bus-for-rent during working hours. Also, Chuck’s fiancé Charlotte has the sort of eating disorder that entails her constantly talking about food, in a particular gag that hasn’t aged especially well.

A confluence of events, starting with Chuck’s interactions with his sex worker neighbor Belinda (Shelley Long, another sitcom legend), leads him and Bill into a lucrative idea: They’ll run an escort service (calling themselves “love brokers”) out of the morgue, taking much less exorbitant fees than pimps typically do, while also, implicitly, not treating them with brutality. Chuck, after all, has financial acumen, while Bill has the street smarts, relatively speaking.

It’s a funny culture clash comedy, with the nebbishy Chuck not fitting that well into that particular world, even before the cops and vengeful pimps enter the equation. Michael Keaton is the film’s real firecracker, and the film served as his career breakout.

Chuck also, unsurprisingly, falls for Belinda. And one thing that’s notable about Night Shift is that the film’s attitude when it comes to sex work is surprisingly enlightening for 1982. The film takes it as a given that sex workers deserve some level of safety and dignity, and that they’re not deserving of violence and exploitation. And perhaps more importantly, when Chuck tries to get Belinda to quit the business and she refuses, the film treats Chuck like he’s wrong and unreasonable.

The film, also, is incredibly funny, offering such one-liners as “I’ll never be able to sleep with myself again,” “I wash my hands and my feet of you!” and “that Barney Rubble- what an actor!”

The theme song, written for the film and featured throughout in both lyrical and instrumental forms, was “That’s What Friends Are For,” written by Burt Bacharach, and originally sung by Rod Stewart. The version of the song you probably remember, featuring Dionne Warwick, Stevie Wonder, and Elton John, came out two years later.

Night Shift was just Howard’s second film, after 1977’s Grand Theft Auto, and he was just 28 when it was released, and had left Happy Days two years earlier (Winkler was still on the show at the time of the movie.)

Howard would soon emerge as an A-list director, with Splash and Cocoon in the next few years. He’d soon take a turn much more towards the prestigious, competing for Oscars with the likes of Apollo 13, and finally winning a bunch of them with 2001’s A Beautiful Mind. More recently, he’s become a prolific director of both features and documentaries, and his new film, Thirteen Lives, has garnered some of his best reviews in years.

It’s been a long time since Howard made a riotous comedy, but Night Shift was exactly that, one of the funniest movies of the 1980s.